McLaughlin storms to pole for Race 7

McLaughlin storms to pole for Race 7 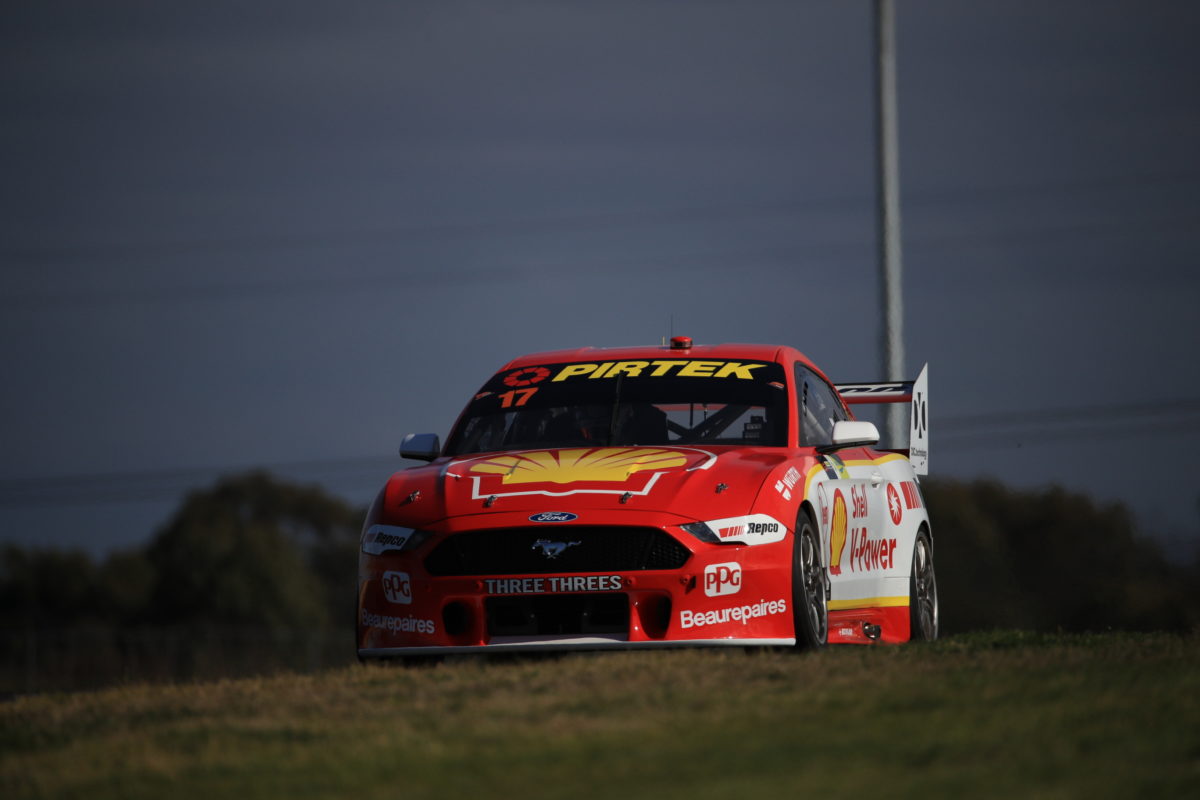 Scott McLaughlin has stormed to his first pole position of 2020 in the Top 15 Shootout for Supercars Championship Race 7 at the BP Ultimate Sydney SuperSprint.

The championship leader drove his #17 Shell V-Power Mustang to a 1:27.9658s and will share the front row this afternoon with the Red Bull Holden Racing Team’s Shane van Gisbergen, who came up from a provisional sixth.

Van Gisbergen’s lap in the #97 ZB Commodore was committed but McLaughlin went 0.2104s quicker, falling less than two hundredths of a second shy of his existing qualifying lap record at Sydney Motorsport Park in doing so.

“The lap was pretty solid, felt really strong and we’ve just been improving the car all day,” said McLaughlin.

“We’ve rolled out with a really nice car, the Shell V-Power team have done a really good job for us.

“To get the first pole after being back is pretty tough and I’m pretty pumped for it.

“I’m excited (for the race). We’re going to be dusting the cobwebs off the clutch. Hopefully I get a good start and we get away. I haven’t done one for a while, the same as everyone, so it’ll be interesting.”

Cameron Waters was the biggest mover in the elongated one-lap dash, leaping to third on the starting grid from 14th provisionally with a 1:28.2602s in the #6 Monster Energy Mustang.

Joining him on Row 2 will be former team-mate Chaz Mostert, who had been in danger of missing the shootout altogether in the second of the preceding 10-minute segments.

Jamie Whincup provisionally sat on the front row but slipped to fifth having set a 1:28.2929s in the #88 Red Bull Holden Racing Team ZB Commodore.

Anton De Pasquale escaped a twitch exiting the first corner on his way to ninth, with Fabian Coulthard falling to 10th from a provisional third with a 1:28.4978s in the #12 Shell V-Power Mustang.

Rookie Bryce Fullwood took 11th in the #2 Mobil 1 Middy’s ZB Commodore, while Todd Hazelwood (#14 Brut ZB Commodore) dropped used tyres off the edge of the road exiting Turn 3 on his way to a 1:29.1326s and 12th position.

Mark Winterbottom, too, reused rubber and struggled to pull up at Bond Bend (Turn 2) as he set a 1:29.2308s good enough for 13th, with Macauley Jones (#3 CoolDrive ZB Commodore) to share Row 7 with him.

Rick Kelly was first onto the race track but breached track limits at Turn 05 and will therefore start 15th in the #15 Castrol Mustang.

David Reynolds was the highest-profile casualty in the earlier two parts of qualifying, missing the top 15 by a full three positions.

The #9 ZB Commodore sat 14th at the end of the first runs in Part 2 but Penrite Racing opted to not send Reynolds for another run.

Rescuing berths in the shootout from outside the cutoff at the halfway mark were Mostert and Jones.

Winterbottom had to go on-track again to make sure of his progression while fellow Team 18 driver Pye left his only proper run until the end.

Alex Davison (#19 Local Legends ZB Commodore) was not one of them and he knocked out the man who he replaced at Team Sydney, James Courtney, with the chequered flag out.

Courtney will therefore start 21st this afternoon in the #44 Boost Mobile Mustang, two spots behind Davison and next to the other Sydney entry of Chris Pither (#22 Coca-Cola ZB Commodore).

The first Virgin Australia Supercars Championship race since February is due to start at 15:30 local time/AEST.