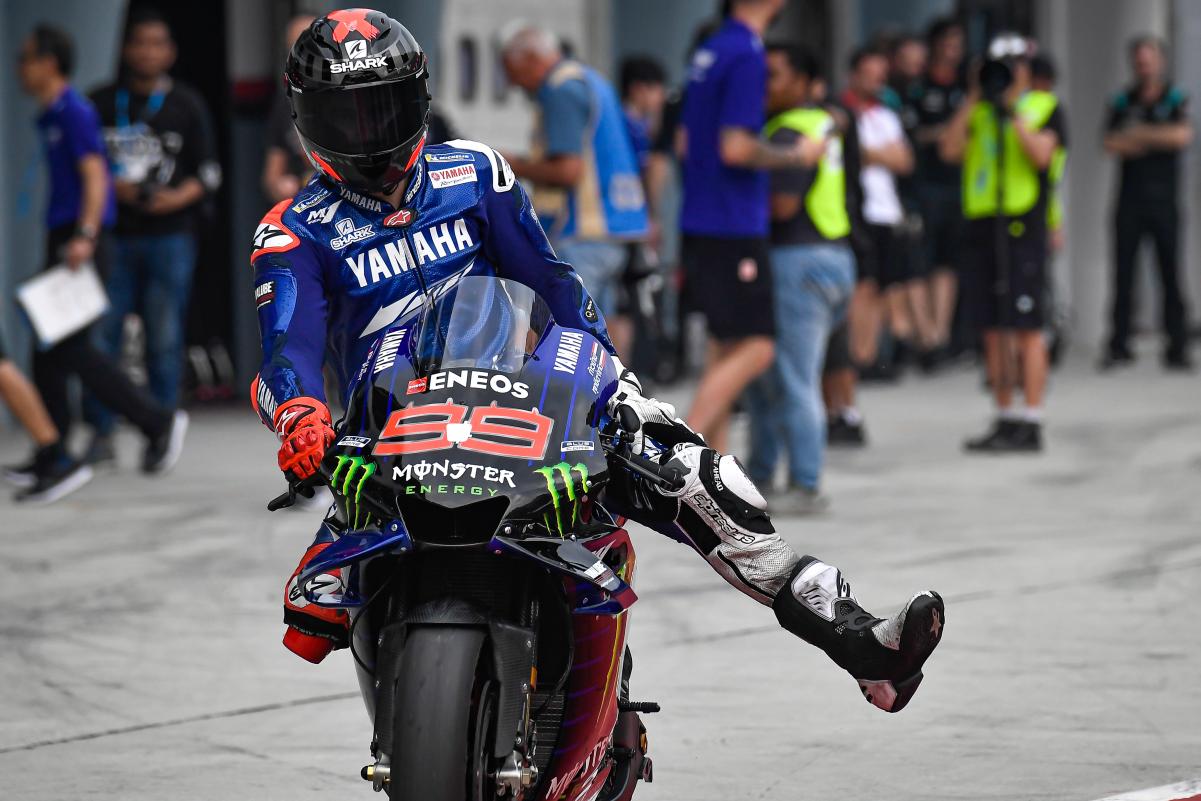 Jorge Lorenzo denies that he is in talks with Ducati about a comeback but would consider an offer, amid a ‘stalemate’ in negotiations between the manufacturer and Andrea Dovizioso.

Ducati has thus far only confirmed Jack Miller for one the seats which it controls for 2021, leaving a berth theoretically open at the factory team.

While it is considered likely that Dovizioso will remain there, Ducati Corse General Manager Gigi Dall’Igna told Sky Sport Italia earlier this week that remuneration is “the main stumbling block” in the “stalemate” with the Italian.

Lorenzo has history with the Bologna marque, with which he hit his stride in 2018 just as he signed a deal to leave for Honda, and more with Dall’Igna himself.

The Spaniard, back at Yamaha as a test rider, has now refuted suggestions that he is talking to Ducati.

“It’s true that, for example, I have a very good relationship with Gigi, from we went together to win races in 125 (cc) with Derbi, we won two championships.

“We always have a good relationship because we believe in each other a lot, for him as a rider and for me as a technician, and we have a human relationship.

“He called me for my birthday and we spoke a little bit about the life, about the family, and about our life for him in Italy and for me in Lugano, but nothing more special, nothing more professional.”

Yamaha Motor Racing Managing Director Lin Jarvis this week told German publication Speedweek that he believed Lorenzo chose to take up the test role, which was to have included at least one wildcard start before the COVID-19 pandemic struck, because “He also wanted to find out if he was still interested enough to return to racing.”

Lorenzo did not say anything to debunk that theory as he expanded on his thoughts of racing again.

“For the moment, I’m very, very happy, I’m enjoying a lot, things that I couldn’t do when I was professional racer,” he explained.

“But, I cannot tell you that I don’t miss the winning feeling, and the celebrations with the team when you win, and these kind of things.

“So, that’s why I said, if the opportunity or the call to win the championship arrived, at this I will hear it and I will study it, because for me the thing that wakes me up and makes me motivated is winning.

“If I have this chance, this opportunity, at this I will study, because I still believe, with 33 years old, I am capable, with the right tools, to win, to still win the championship.”

The three-time premier class world champion added that Yamaha and Ducati were the only possibilities he would consider.

He did, however, allude to the likely outcome that the former’s satellite team, Petronas SRT, will field Valentino Rossi and Franco Morbidelli next year, while Maverick Viñales and Fabio Quartararo are already locked in at Yamaha Factory Racing.

“For the moment, this call didn’t arrive, so I cannot study the situation, but if this happens, at this I will hear them,” reiterated Lorenzo.

“For the moment there’s only two possibilities for me to have the right tools to win; Yamaha, that have already more or less signed the four riders, and Ducati. There are no more chances.”

Dall’Igna, in the same Sky Sport Italia interview, said only that suggestions of speaking to Lorenzo were “premature”.

“It is absolutely premature to make such an argument (about Lorenzo), certainly the negotiation with Dovizioso started a long time ago and is in a stalemate, so we will see,” he remarked.