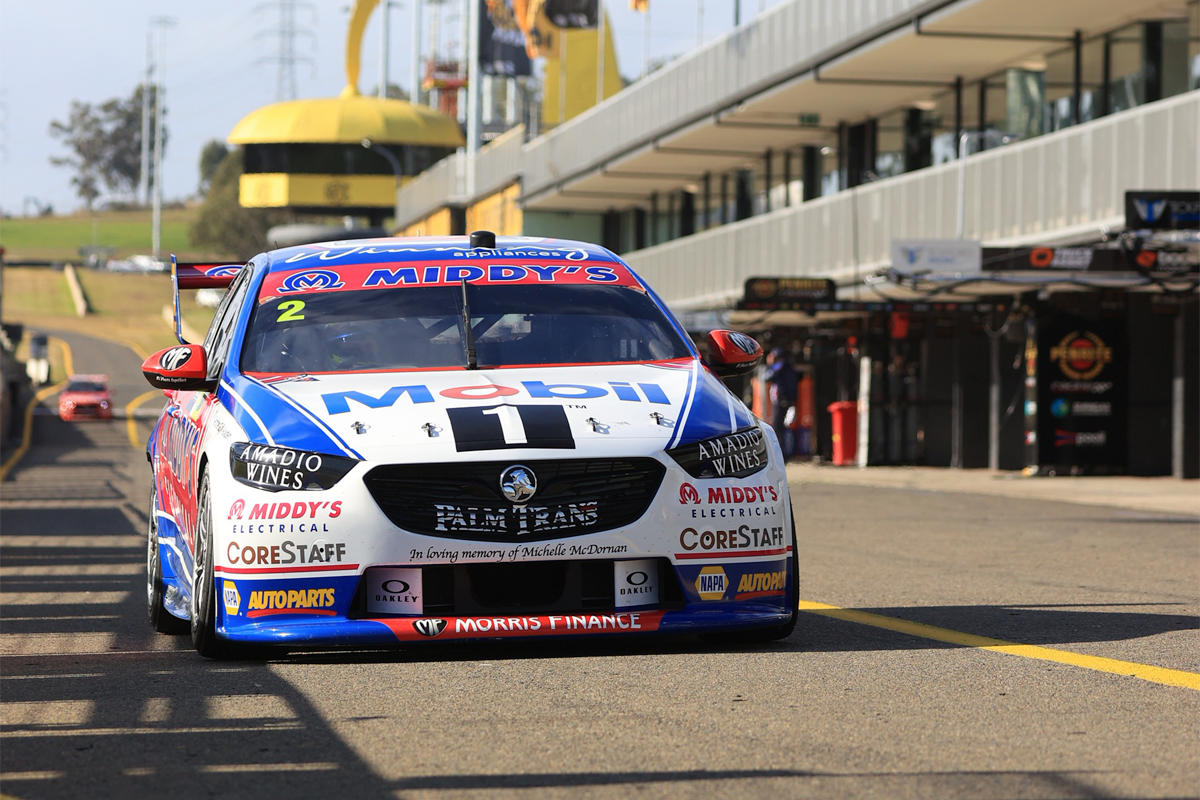 Bryce Fullwood has topped the first Virgin Australia Supercars Championship session since the outbreak of COVID-19, for rookie and second-year drivers, at Sydney Motorsport Park.

The Walkinshaw Andretti United pilot set the early pace in the #2 Mobil 1 Middy’s ZB Commodore before racking up the fastest two laps of the 20-minute session at the very end.

The first of those was a 1:30.6737s which dislodged Macauley Jones from first position, before Fullwood set a 1:30.5517s with the chequered flag out.

Jones therefore ended up 0.4756s adrift in the #21 CoolDrive ZB Commodore with the first time he had registered in the session, a 1:31.0273s, just after being shown a bad sportsmanship flag for track limits breaches at Turn 05.

Garry Jacobson was third-fastest of the six participants with a best of 1:31.1269s in the #35 YellowCover ZB Commodore.

All were on the hard compound of tyre, according to computer timing.