Bryce Fullwood has expressed his satisfaction after putting in the best performance of his short rookie season so far at the BP Ultimate Sydney SuperSprint.

The Walkinshaw Andretti United driver had the honour of topping the first Virgin Australia Supercars Championship session back, when first- and second-year drivers were let onto Sydney Motorsport Park for their own 20-minute hit-out.

However, it was in Qualifying where he impressed the most, achieving a provisional seventh off the back of single runs in each of the two 10-minute stanzas.

The 2019 Dunlop Super2 Series winner ultimately claimed 11th in the Top 15 Shootout, having not qualified higher than 17th in four prior attempts this year, and finished 13th in the race which followed despite an off at Bond Bend.

That error, which Fullwood made immediately after pitting, saw the #2 Middy’s ZB Commodore drop to 21st before he executed four on-track passes in the 14 laps which remained.

It meant that he bettered his high watermark from the two races in a disappointing showing at the season-opening Superloop Adelaide 500 by four positions.

“Really good day for me today, starting with the rookie practice session,” said the 22-year-old.

“We had a really good stint in the second part of qualifying, ending up in seventh. I left a little bit on the table in the shootout, but nevertheless was happy to be in there.

“The race went quite well, we had a good car, but struggled with the aero wash while in traffic.

“I’m sure those who were watching would have seen that I got a little bit excited into Turn 2, locked a front, and went off.

“We had some really good speed towards the end there, and had some fun passing some people at the end.

Fullwood crept up two spots to 16th in the championship while, in the other WAU entry, Chaz Mostert consolidated third in the standings by finishing fourth in Race 7.

The two-time SMP race winner’s position fluctuated on strategy over the course of the 32-lap encounter before he took the chequered flag where he had ended the opening lap.

“The Mobil 1 Appliances Online #25 was a little bit of hard work today through practice and qualifying, it took a little bit to dial in, but we had a big swing for the race,” recounted Mostert.

“These things are really hard to wrestle off the line, but it was so good to get the 650hp to the ground and get the race underway.

“It was a bit of an uneventful race for us, we stayed out as long as we could once we saw people stopping early, and we tried to come home with some good tyres at the end.

“We had a lot of passing moves to make to get back up to fourth but the car came on well.

“A lot of work for the boys to understand all the changes we made today; I’m really grateful for those boys who put the hard work in.

“Hopefully we can get another couple of top five results tomorrow and keep building on the start of the year.”

Two more races follow tomorrow, for which qualifying will commence at 10:35 local time/AEST. 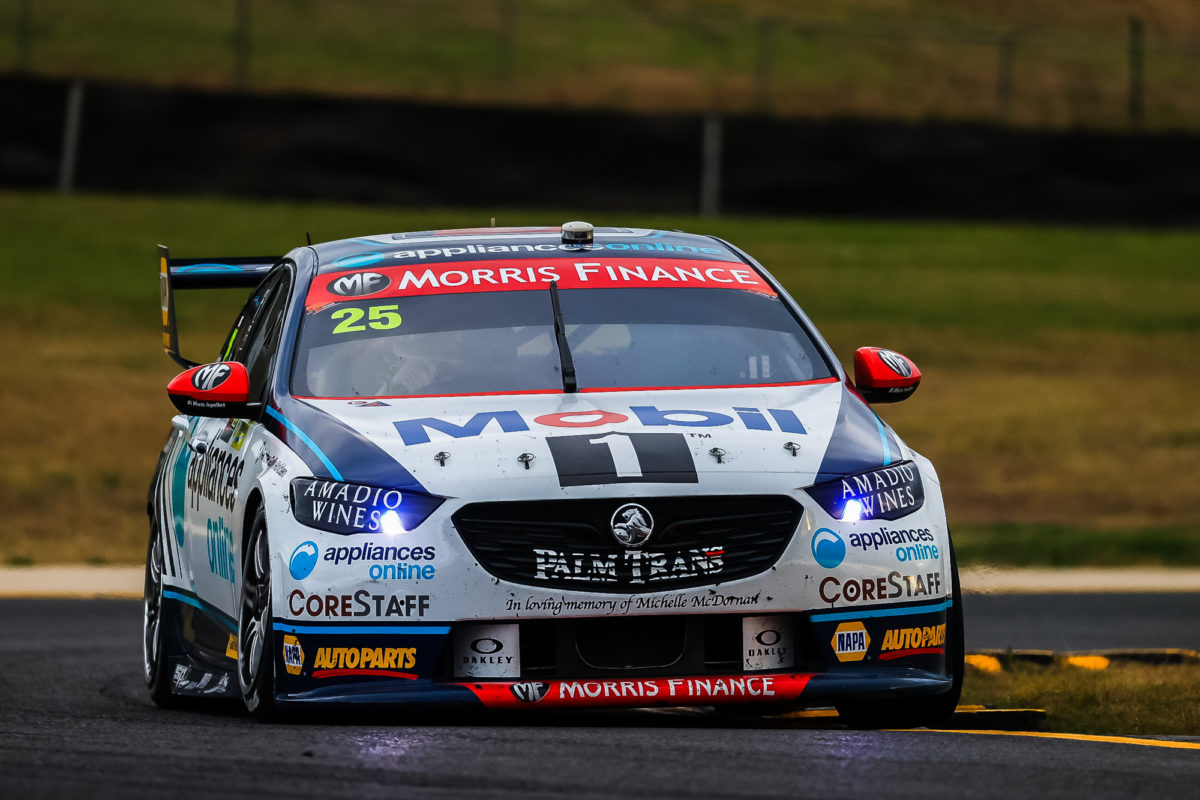