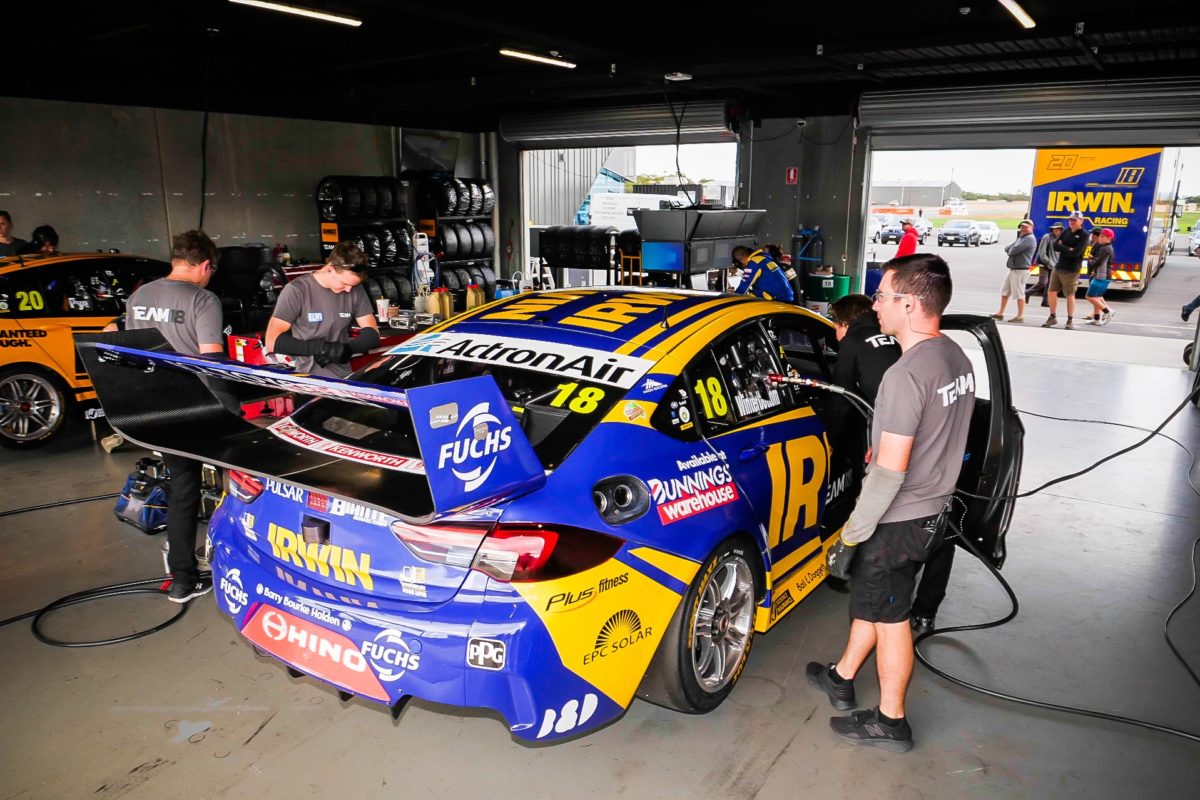 Team 18 has joined Walkinshaw Andretti United in confirming that it had its travelling crew cleared of COVID-19 ahead of this weekend’s BP Ultimate Sydney SuperSprint.

The team’s Mount Waverley base falls in the same local government area, Monash, as WAU’s Clayton facility, although neither of those suburbs nor previously the LGA have been identified as hotspots this week by Victorian authorities.

Victoria did, however, announce this morning that it had registered 30 new cases of COVID-19, marking a 10th consecutive day of double-digit increases.

A Team 18 spokesperson told Speedcafe.com, “All people from the team that will be in Sydney were tested, and the test results were all negative.”

Only 13 people are allowed per two-car team at Sydney Motorsport Park for the resumption of the Virgin Australia Supercars Championship.

In the case of Team 18, that includes Irwin Racing driver Mark Winterbottom and DeWalt Racing driver Scott Pye, the latter of whom will have Phil Keed as engineer due to the multi-tasking required this weekend.

All who enter the circuit this weekend will be subject to temperature testing, while each team must appoint a ‘COVID-19 Compliance Officer’ as part of a raft of rules and procedures designed to prevent infection at the event.

Track activity commences tomorrow morning with Rookie Practice at 10:20 local time/AEST, followed by Practice 1 for the full field from 11:00.