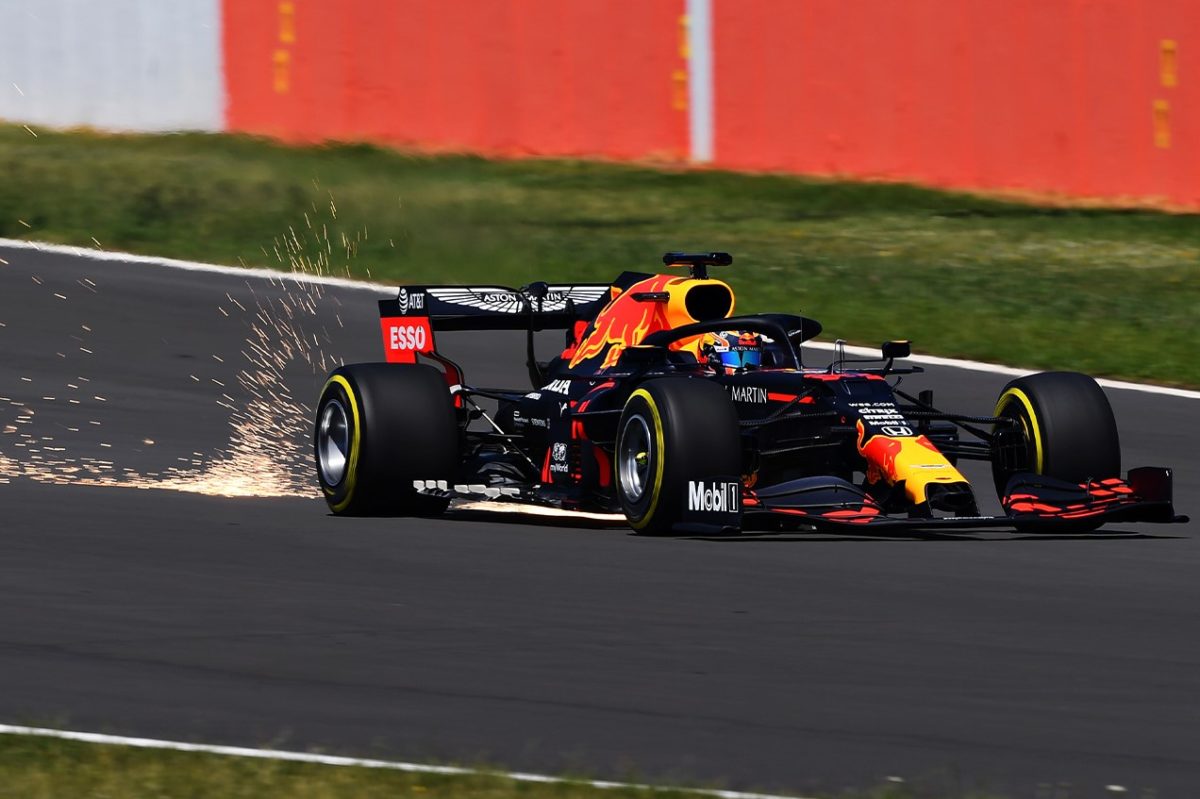 Red Bull Racing has undertaken a pre-Austria ‘filming day’ at Silverstone without Max Verstappen, due to the United Kingdom’s border restrictions.

Alexander Albon instead drove one of its 2020 cars, an RB16, in what represented a dry run for the new Formula 1 protocols which will be in place when the season commences next month at the Red Bull Ring.

Verstappen could, in theory, have partaken in the filming day, but would have had to arrive in the country 14 days in advance in order to serve quarantine.

Per F1 regulations, running was limited to 100km, on demonstration-specification tyres.

Red Bull’s approach emulates that of Racing Point, which used one of its allowed filming days to have Lance Stroll drive an RP20 around Silverstone last week, and AlphaTauri, which had both its drivers in a car at earlier Imola this week.

The factory teams of Renault, Mercedes, and Ferrari opted to use ‘Testing of Previous Cars’ provision to complete longer programmes at the Red Bull Ring, Silverstone, and Mugello, respectively.

The Austrian Grand Prix will be held on July 3-5.