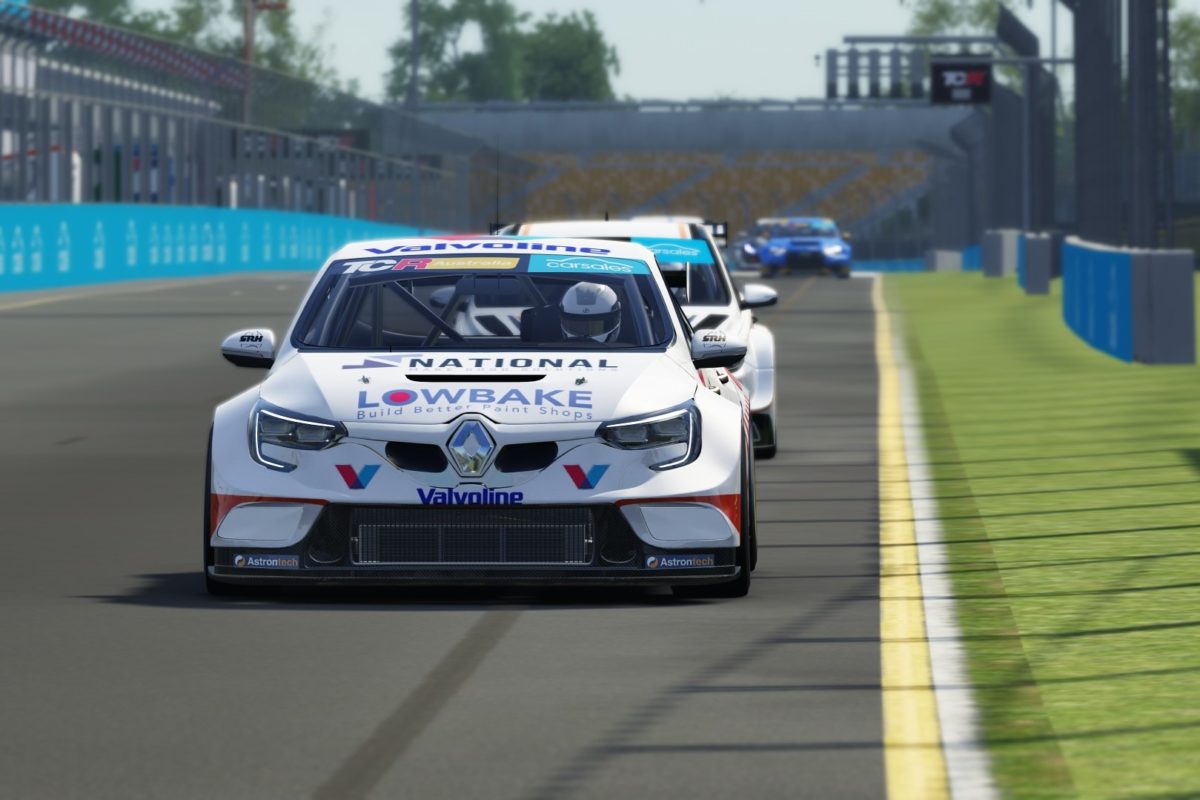 Dylan O’Keeffe leads the TCR Australia SimRacing Series after he and Ben Bargwanna split the victories in Round 1 at Albert Park.

Bargwanna, standing in for father Jason, won the opener from pole position in lights-to-flag fashion.

“The racing has been good, clean, and people are taking more time with their passing moves and the way they position the cars on track. It was great to take the win.”

Peter Vodanovich (Hyundai) initially led the second encounter courtesy of the grid inversion, but an error at Turn 1 with two laps remaining gifted the spot to O’Keeffe.

Vodanovich got home in second, from Luke King (Volkswagen).

“To catch Peter, it was five or six qualifying laps on the limit,” said O’Keeffe.

“After the first flyer, I was taking six tenths a lap so I knew I was going to get close, but I needed to keep up the pace.

“It’s a fine line with the reverse grid races. I knew I had to be aggressive and push. It was good to get through some of the mess, pick them off and then charge down Peter.”

Bargwanna was fifth, one position behind Ransley.

Round 2 takes place at Mount Panorama next Thursday night (July 2).