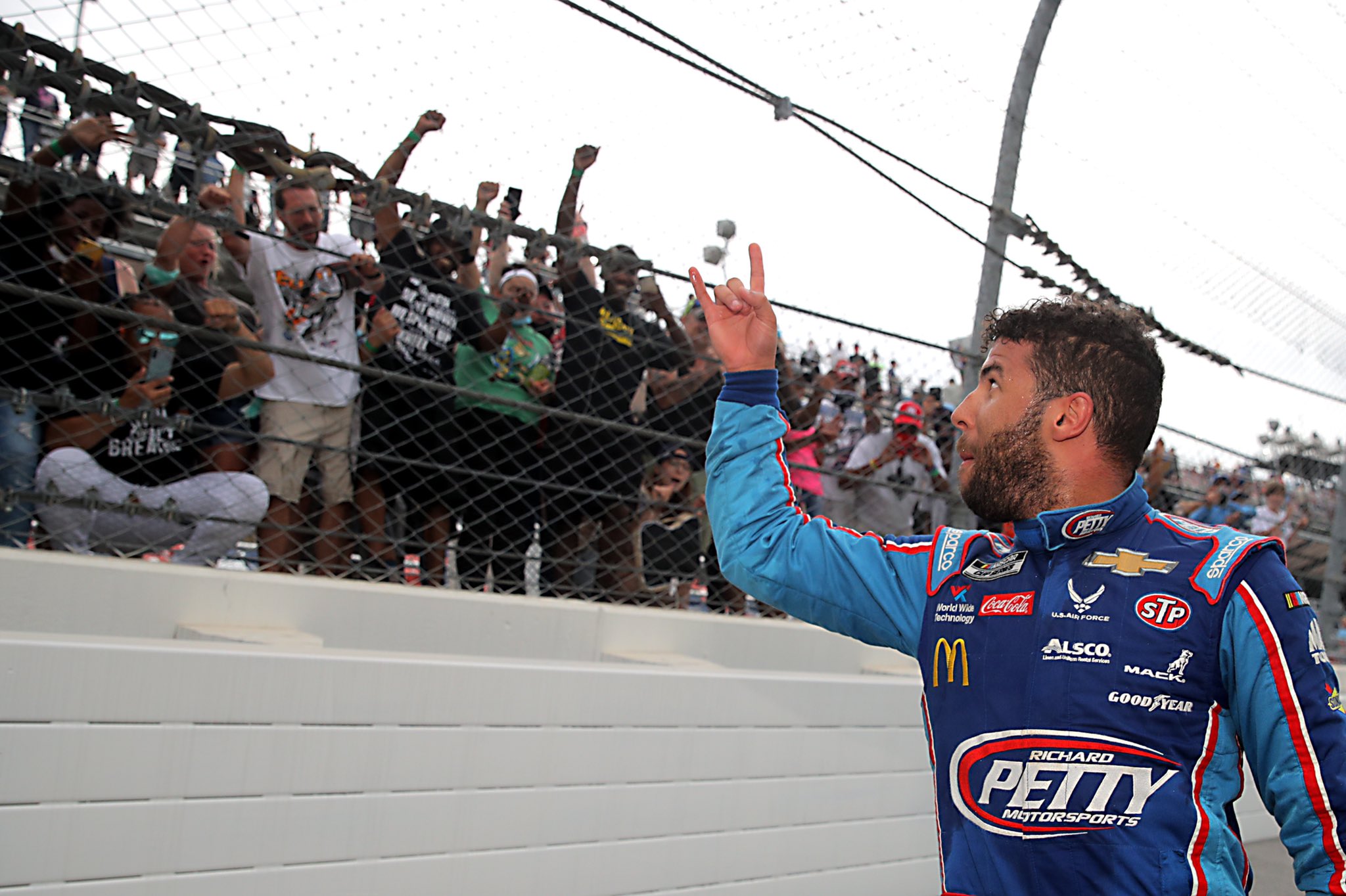 An investigation was launched by NASCAR and then the FBI after the discovery in the Richard Petty Motorsport garage at Talladega Superspeedway.

However, it was soon found what was thought to be a ‘noose’ was, in fact, a door pull rope and had been there since last year.

“It’s been an emotional few days,” said Wallace in a statement.

“First off, I want to say how relieved I am that the investigation revealed that this wasn’t what we feared it was.

“I want to thank my team, NASCAR and the FBI for acting swiftly and treating this as a real threat.

“I think we’ll gladly take a little embarrassment over what the alternatives could have been.

“Make no mistake, though some will try, this should not detract from the show of unity we had on Monday, and the progress we’ve made as a sport to be a more welcoming environment for all.”

The incident followed weeks of racial tension in the United States following the death of George Floyd in police custody.

NASCAR recently prohibited displaying the Confederate flag and associated memorabilia from its events, Wallace a driving force in calls for a ban.

The NASCAR Cup Series heads to Pocono for a double-header on June 28-29 (AEST).