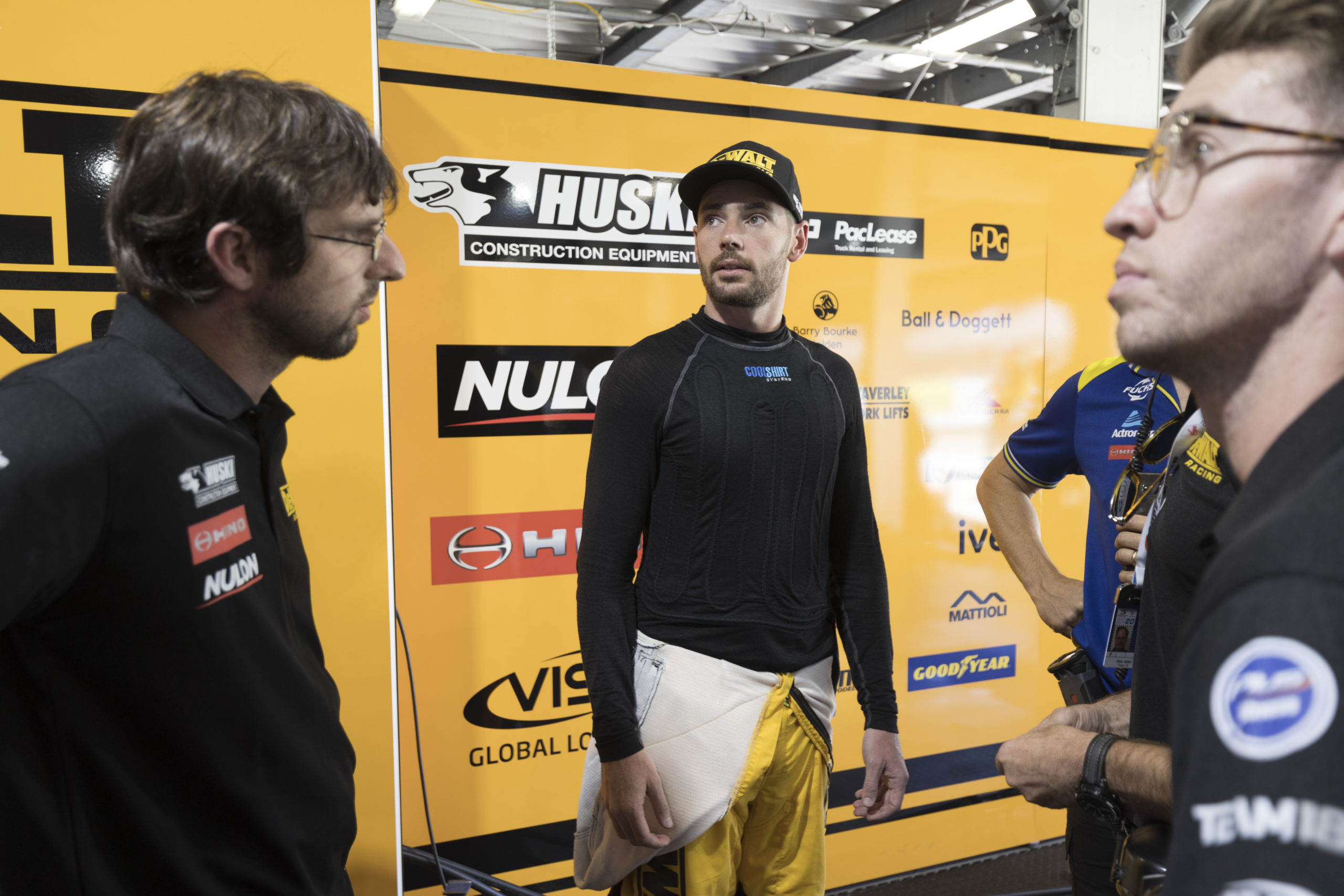 Matthew Saunders joined the team in 2019 from Scott Taylor Motorsport and engineered Mark Winterbottom in the sole #18 entry that year.

Earlier this year he moved across to the #20 entry as part of an expanded two-car line-up for the 2020 season.

As a result of personnel reductions due to COVID-19 restrictions, Team 18 has opted to reshuffle its line-up to suit the 13-person limit.

“We’ve got the most experienced people we possibly have in the crew,” said Schwerkolt.

“Manuel (Sanchez) is on car #18 for Frosty and Phil Keed will be engineering car #20, Scotty Pye.

“We’ve got two very experienced guys on each car for mechanics.

“We’ve got a really good data guy and a crew chief, and before you know it there’s your 11, it adds up really quick.

“We’ve got a really good crew that I’m really proud of that I’m sure will do a great job.”

“Matt won’t be there obviously with restricted numbers,” Schwerkolt added.

“He’s still with us and it’s all good, he’ll be behind the scenes if we need any assistance at all.

“Phil Keed is extremely experienced and been around a long time. With limited data and what we’re doing, we need all the help we can get.

“Matt is a team player, he’s a ripper guy, and knows what we’re trying to achieve here.”

Schwerkolt will be one of the team owners unable to attend the resumption of the Virgin Australia Supercars Championship. Instead, he’ll watch the coverage remotely from the Gold Coast where he plans to host sponsors and friends in his “man cave”.

“We’ll watch Saturday and Sunday here and have a couple of beers,” said Schwerkolt.

“Hopefully, there’s no angry phone calls or anything like that,” he joked.

“I’m sure there won’t be. Steve ‘Hendo’ Henderson our team manager is good.

“We’ve got some really good, experienced people running the whole show and tow amazing drivers that know what to do as well.

“It is a bit weird not going down there, probably the first I haven’t been to a race in 10 years.

“I’m really excited. Our sponsors are all excited to see what’s going on.

“I wish I was there, but I’m wishing everyone luck and hopefully we come out of it with some good points and begin our season again.”

The Virgin Australia Supercars Championship gets back underway at Sydney Motorsport Park on June 27-28.