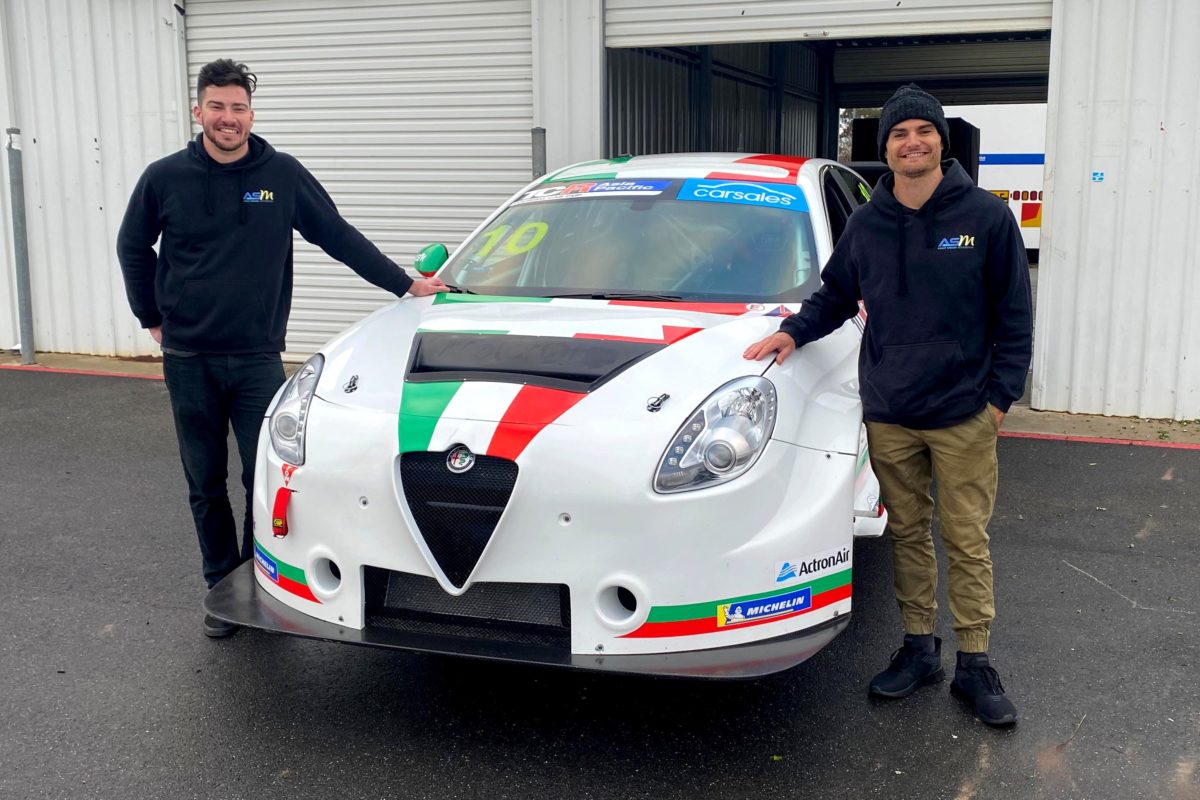 Tim Slade and Ben Grice will stay on for another day of testing at Winton tomorrow after a wet outing in an Ashley Seward Motorsport Alfa Romeo TCR today.

Each logged around 30 laps of the rural Victorian circuit in the Giulietta, all on Michelin’s wet tyre, although it is hoped that they will have dry running tomorrow.

“It rained in the morning, but when it passed, there was no sun or wind, so the track basically stayed wet all day. It was what you’d call a typical wet Winton day,” said Slade.

“We did our laps late this afternoon, and but we’ll stay on tonight and have another go tomorrow.

“The Alfa TCR was what I expected. I got a taste of front wheel drive cars from my Dad’s (Hyundai) Excel, and even though this has more power and more grip, it does have those similar traits.

“I found the wet tyre to be really good. Compared to a Supercar, it has quite good grip in the wet. It’s a nice thing and really good fun.

“But the goal was to come in the dry, and we’re looking forward to that tomorrow to help give myself and Ben a real feel for the car.”

Grice, who has raced in Toyota 86 and Excel, added, “It was a pretty wet and miserable day, but these cars are really cool.

“Compared to the Excel, they’re a fair bit more of a race car. They have a lot of mechanical grip and the tyres are awesome.

“Ash gave us a fair go, so it wasn’t a complete waste. He runs an excellent operation with some really good guys, so it has been great to get involved with them.”

ASM has national Formula Ford race winner Jay Hanson slated to drive one of its Alfa Romeos in this year’s TCR Australia series, with the driver of the other yet to be confirmed.

Round 1 takes place with the Shannons Motorsport Australia Championships at Sydney Motorsport Park on August 14-16.