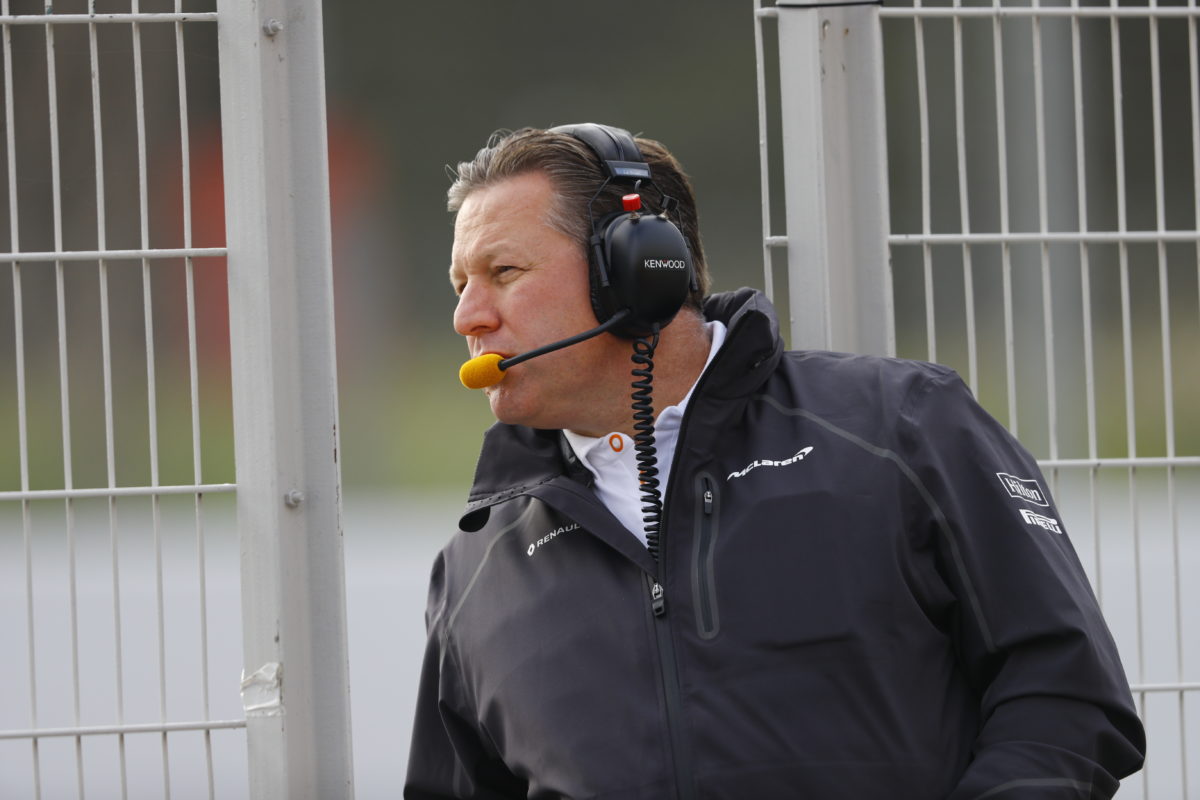 McLaren Racing CEO Zak Brown has outlined how he expects this year’s Formula 1 calendar to play out beyond the eight races so far confirmed.

An initial calendar, comprised entirely of European grands prix, was released at the beginning of the month with the rest hoped to be announced by the time the season does eventually open in Austria on July 3-5.

There has already been talk of more races in Europe before a handful of flyaway races with the season to end in the Middle East, suggestions which Brown backed up.

The McLaren boss tips a total of 16 races this year.

“I think the eight European (rounds) will be expanded to probably 10, maybe 11.

“Russia’s, I’m hearing, (a) pretty strong (chance); China, I’m hearing, wants a race; I think Americas is a bit of a question mark right now; and then I think you could do three, maybe even four races in the Middle East; two in Bahrain, maybe two in Abu Dhabi.

“If you kind of piece that together, I can see 16 races.

“I think 18 might be a challenge, but if I was going to Vegas today and had to bet, I’d bet 16 grands prix, which is great because, not long ago, that was a complete season in Formula 1.”

While the six circuits on the calendar as it stands are existing venues, Brown also affirmed the idea that F1 could visit tracks which were not to have featured in the 2020 season.

He specifically nominated Mugello, which would ordinarily host the Italian Motorcycle Grand Prix but has been dropped from this year’s MotoGP calendar, and Portimao as not unlikely candidates.

“That one seems pretty likely from everything that I hear,” said Brown of Mugello.

“It sounds like a pretty spectacular track (but) I don’t know how it will race; apparently, it’s very quick.

“Then, Portimao in Portugal’s the other one that seems to be kind of talked about most frequently.

“It’s a very bumpy track, I think the grand prix drivers will love driving around it, it has lots of elevation, so I think that’s exciting.”

Brown also downplayed concern that blocks of racing on three consecutive weekends would be too much of a burden, especially for smaller teams.

The season starts with the Red Bull Ring twice and a trip to Hungary in as many weekends, while a Silverstone double-header and the Spanish Grand Prix also form a back-to-back-to-back sequence.

While the possibility of double-headers at Bahrain and/or Yas Marina suggest a similar pattern to conclude the season, Brown observed that “these initial triple-headers” will take place in Europe.

“A lot of the other racing series around the world will race that frequently,” he added.

“(We are) racing at Silverstone twice, Austria twice, no other races yet are confirmed to have double-headers, but I think we’re all so happy to go back racing that I think it’ll be okay.”

The Azerbaijan, Singapore, and Japanese Grands Prix were the latest to be confirmed as cancelled, almost a fortnight ago, although what would be the brand-new Vietnam Grand Prix remains formally only postponed.

Asia’s diminished presence on the calendar could also be restored somewhat by holding two races at Shanghai, which F1 is considering according to Chinese authorities.