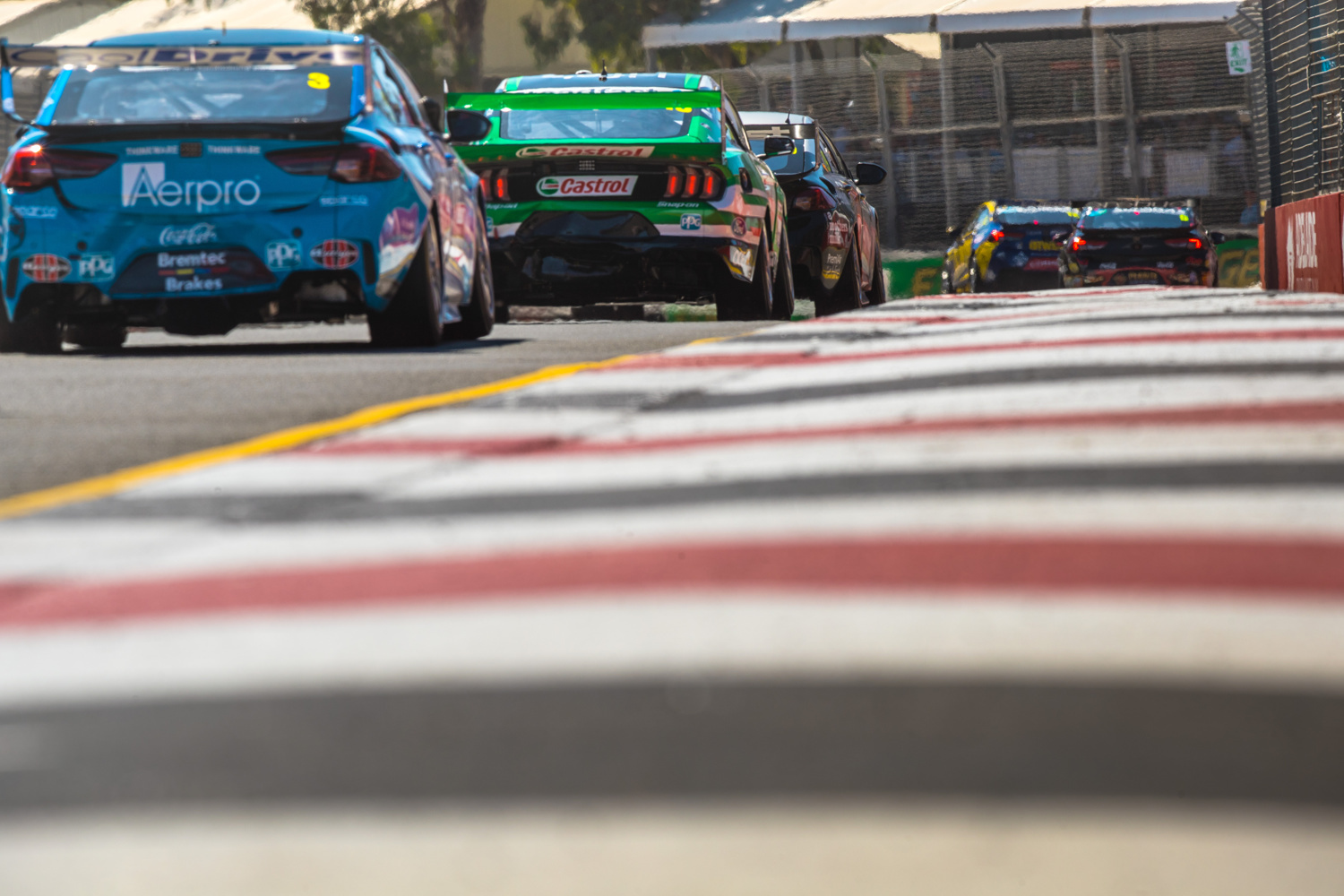 Supercars will not introduce reverse grid races in the near future

Supercars CEO Sean Seamer has quashed any hopes of reverse grid races being a part of the championship any time soon.

In the wake of the coronavirus pandemic, Supercars has sought to adjust its formats in an effort to reduce costs whilst balancing entertainment value.

This weekend’s Sydney SuperSprint will be a condensed two-day format without crowds featuring three 32-lap races.

Race 7 of the championship will have its grid set by a conventional qualifying and top 15 shootout, the latter which hasn’t been seen in nearly two decades.

Grids for Race 8 and Race 9 will be set via two back-to-back 15-minute qualifying sessions.

In the lead up to the first calendar revision, speculation surfaced that reverse grids races were being considered by the Supercars Commission.

However, Seamer has put paid to the idea.

“Not at this point in time,” said Seamer when asked if reverse grid races would be part of rounds to come this season.

“What we are focussed on is what we can do with the tools that we have available to us to generate the most interesting possible racing, what formats can we deliver, and how do we best use the tyre.

“The commission’s view is; let’s use this as an opportunity to innovate, to try different things, the fact that we don’t have support categories at Sydney means we can try some different things.”

Supercars is expected to release details of its proposed formats for Winton, Darwin, and Townsville soon.

This week Supercars revealed the top 15 shootout would return for Darwin as well as tyre compounds for Darwin, Sandown, Tasmania and season-ending Sydney event.

Speaking of the changes expected, Seamer said, “You’ll see an evolution and an introduction of different ideas to understand the impact that it has on the product and viewing experience and over time we’ll continue to optimise it.”

While reverse grid races are unlikely to feature in Supercars’ race soon, the championship has previously experimented with the idea in its BP Supercars All Stars Eseries.