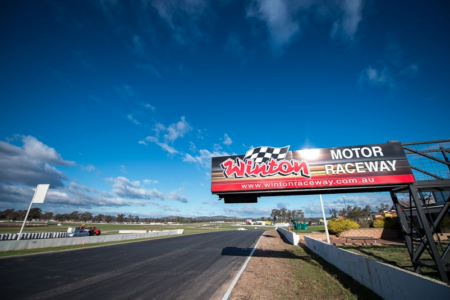 Queensland Health has clarified how Supercars teams will be able to navigate travel through a COVID-19 hotspot surrounding Melbourne Airport for next month’s Truck Assist Winton event.

Under its border restrictions, a resident who visits a declared hotspot in the 14 days prior to return to the Sunshine State must observe 14 days of self-quarantine unless they were in the hotspot or returning from one for an ‘essential purpose’.

The City of Hume local government area, in which Melbourne Airport (‘Tullamarine’) is located, was and continues to be listed on Queensland Health’s website with a general exception for air travel.

However, conjecture had arisen as to the exact nature of that exception, and whether it would actually apply, for example, to Queensland-based Supercars crew members and drivers who fly into the airport and then travel by road to Winton Motor Raceway, in Victoria’s north.

In particular, phrasing about “leav(ing) the airport and go(ing) out into the local community” had been questioned.

Speedcafe.com sought clarity from Queensland Health, which has confirmed that such personnel would indeed be able to land at Melbourne Airport and drive directly from the airport to a non-hotspot area without having officially ‘visited’ a hotspot.

“From 21 June, Queensland’s list of declared COVID-19 hotspots has increased to include all 31 Local Government Areas (LGA) in Greater Melbourne, as well as five bordering LGAs,” read a statement provided to Speedcafe.com from the department.

“Queenslanders returning from these areas will need to self-quarantine for 14 days.

“However, Tullamarine Airport is an exception. Anyone travelling into the Hume LGA to access the airport is not counted as ‘visiting a hotspot’ if they transit directly from the airport to a non-hotspot area.

“However, if they go into the community in the Hume LGA, they will be counted as ‘visiting a hotspot’.”

Had the exception not been in place as such, then, assuming the hotspot declarations still apply at the time, crew members of Queensland-based teams would likely have had to fly into Sydney or Canberra, or even travel south by road for the entire journey.

The likes of James Courtney and Chaz Mostert, who race for Victorian-based teams but live in Queensland, would also have faced elongated journeys to Winton.

While teams’ travel will be relatively normal, the Winton event has been confirmed as a closed-doors affair, consistent with news that Supercars itself and not Benalla Auto Club will be the promoter.

That decision comes amid the backdrop of new outbreaks in Victoria, including the nation’s 103rd death from COVID-19, announced today.

It also reported 20 new cases this morning, marking eight consecutive days of double-digit case growth, with only one of those cases in hotel quarantine.

All up, Victoria has 141 active cases, of which only 30 are people in hotel quarantine.

It did record 10 new cases to 20:00 last night, but all were returned travellers in hotel quarantine.