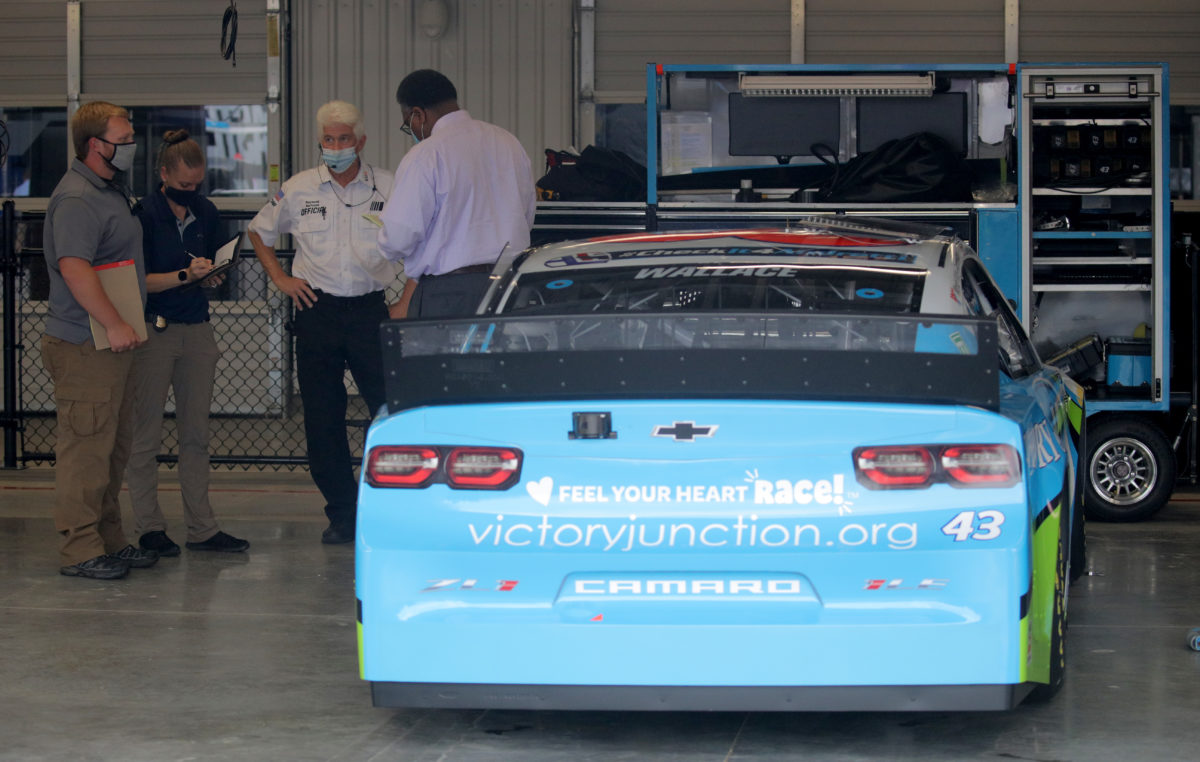 The FBI found the ‘noose’ was actually the garage door pull

An investigation into a ‘noose’ found inside the garage of African American NASCAR driver Bubba Wallace at Talladega has found the item was actually the door pull rope.

Ahead of Sunday’s race it was reported to officials that a noose had been found inside the Richard Petty Motorsport garage.

Its discovery came at a time of heightened racial tensions in the United States on the back of the death of George Floyd in police custody.

A week earlier NASCAR banned the Confederate battle flag, a symbol which has taken on racial connotations as a result of its use by white supremacists, from being displayed at its events.

Amid that backdrop, the discovery of a noose in the garage of NASCAR’s only African American driver was referred to the FBI.

A statement from NASCAR following the conclusion of the investigation, however, has found no hate crime had been committed.

“The FBI has completed its investigation at Talladega Superspeedway and determined that Bubba Wallace was not the target of a hate crime,” the statement read.

“The FBI report concludes, and photographic evidence confirms, that the garage door pull rope fashioned like a noose had been positioned there since as early as last fall (southern hemisphere’s Spring).

“This was obviously well before the 43 team’s arrival and garage assignment.

“We appreciate the FBI’s quick and thorough investigation and are thankful to learn that this was not an intentional, racist act against Bubba.

“We remain steadfast in our commitment to providing a welcoming and inclusive environment for all who love racing.”