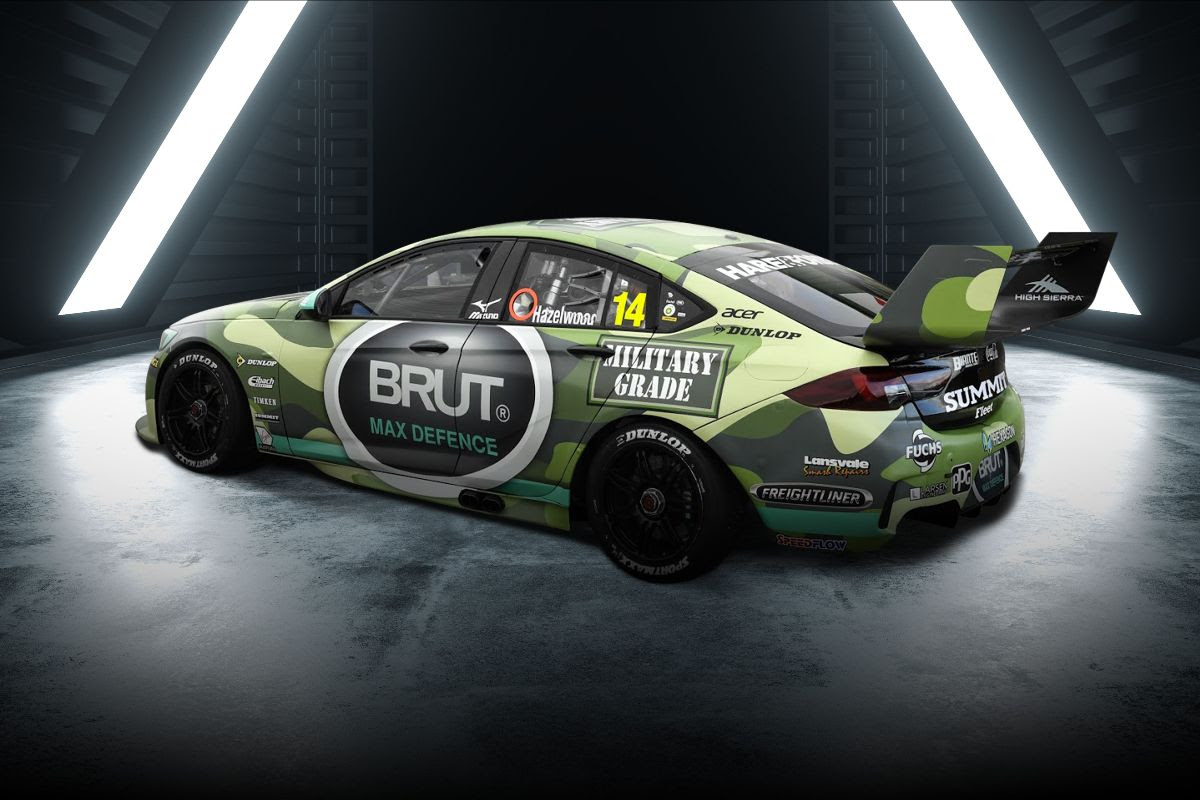 Brut joined Hazelwood for much of the BP Supercars All Stars Eseries and is set to take its support from the virtual world to reality.

Hazelwood will run a camouflage livery similar to the version he raced in the Eseries and said he’s looking forward to racing again soon.

“I’m pumped to be getting behind the wheel of this camo designed livery, it looked sick in virtual form for the five rounds of the Eseries and it’s going to look unreal in the flesh,” said Hazelwood.

“I hope I can restart the year on a positive note and get some good results.”

Angus Booth, Divisional Manager of Personal Care added, “The e-series was a great success for Supercars and BJR.

“The Brut Military Grade car looked amazing and I can’t wait to see the car in real life in Sydney.”

Hazelwood will also carry support from Speedflow and Mongrel Boots.

The Virgin Australia Supercars Championship gets back underway at Sydney Motorsport Park on June 27-28. 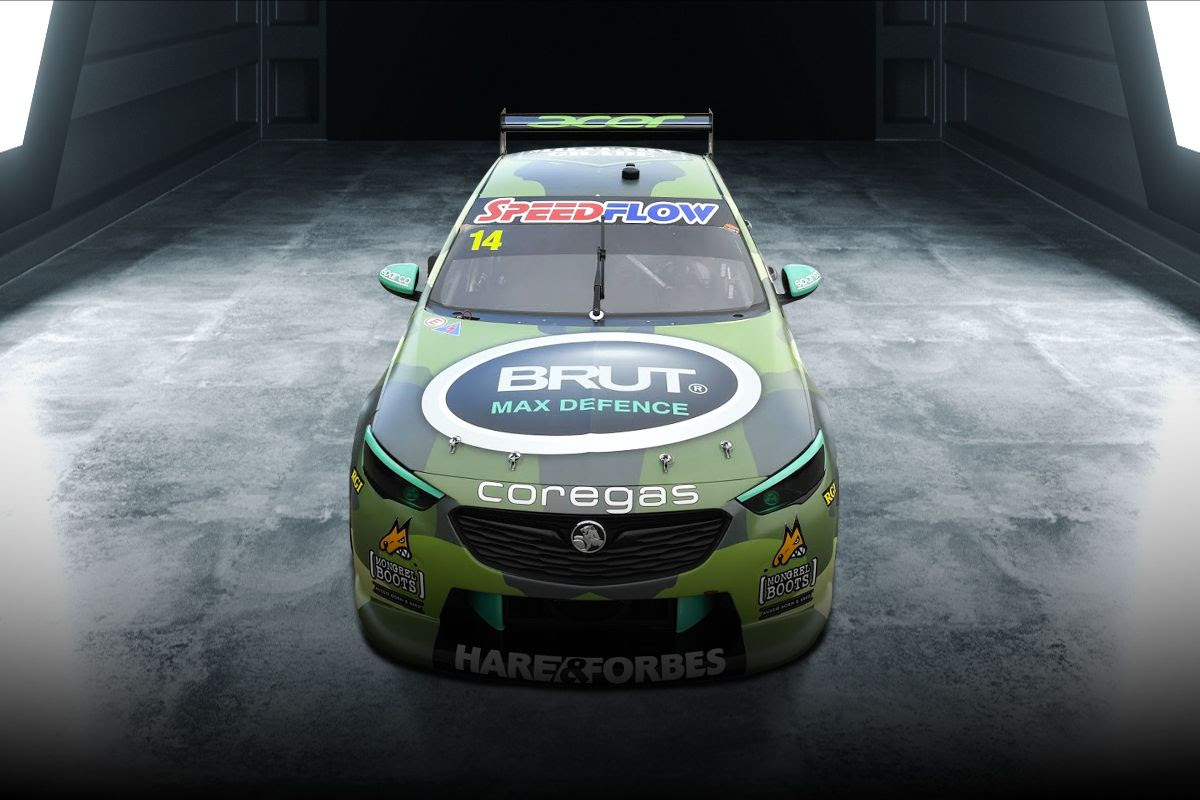 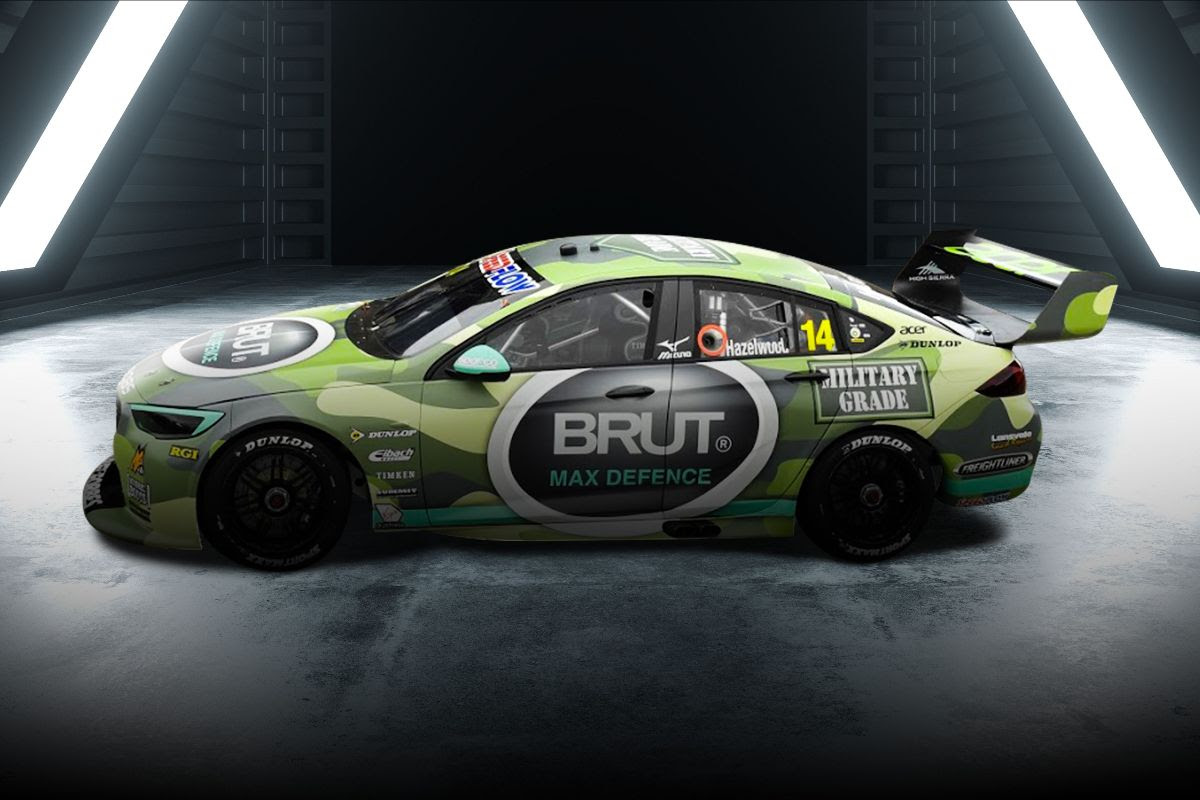