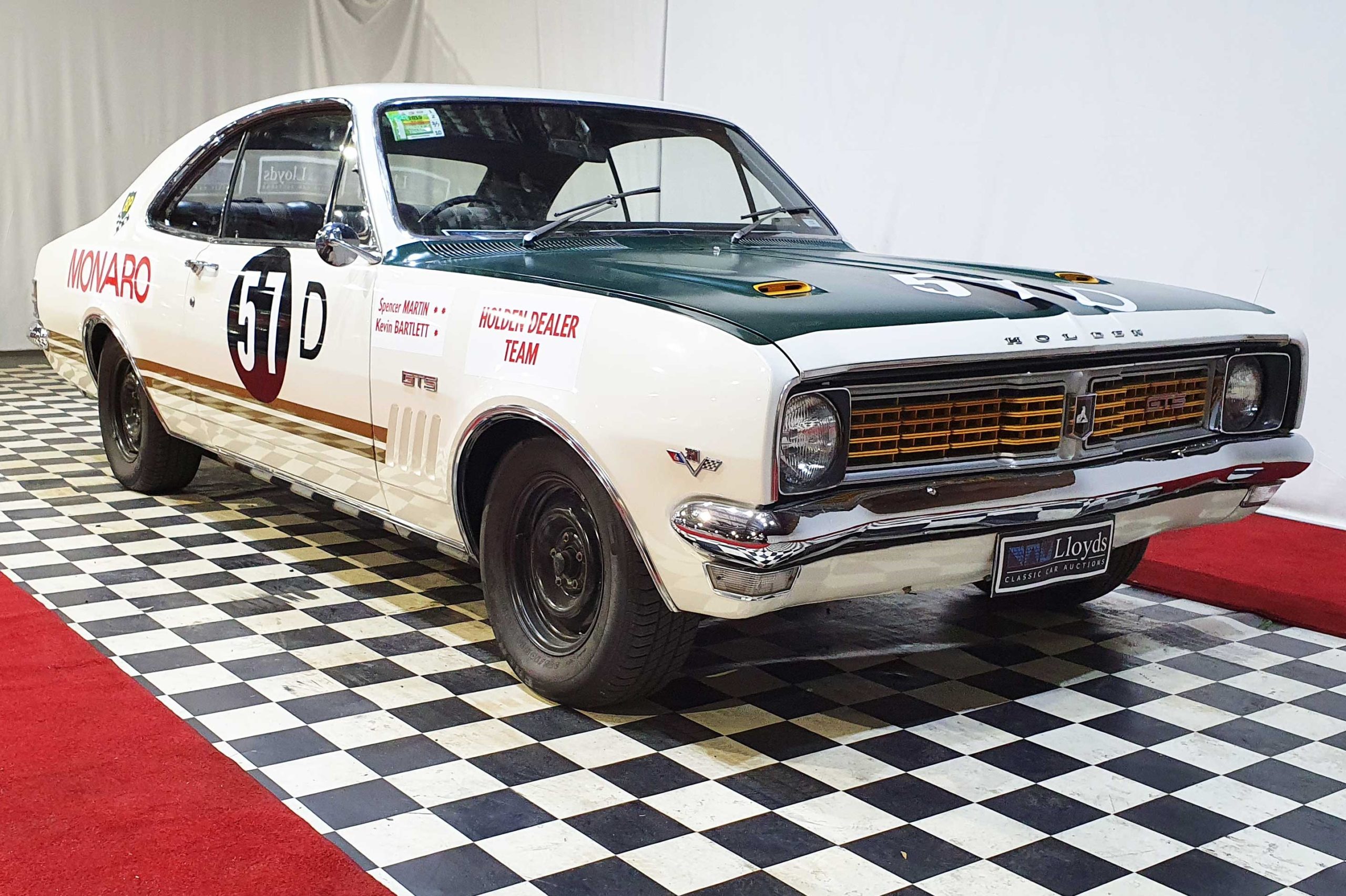 The car was Firth’s first major project for General Motors Holden under the Holden Dealer Team umbrella after he left the Ford Motor Company.

While the team was officially known as the Holden Dealer Team, the name was a means of circumventing a General Motors ban on factory-backed motor racing and carried full financial support from Holden.

The car debuted in 1969 at Sandown International Motor Raceway in a three-hour production race with Kevin Bartlett and Spencer Martin at the wheel.

A crash ended their race just 45 minutes in after the car suffered a brake failure. However, as a result of the crash, changes were made to other HT Monaro race cars.

Later that year Colin Bond and Tony Roberts won the Bathurst 500 in an HT Monaro, a race that also saw Des West and then-rookie Peter Brock finish third in their HT Monaro.

In a recent interview with Speedcafe.com, Frank Lowndes described the incident.

“Harry wanted to run slotted wheels and he wanted to run race scoops for the brakes, because the brakes are only just a solid disc on them, they weren’t anything flash at all,” Lowndes explained.

“Styling at the Holden said, ‘No, we don’t like the slotted wheels and you definitely can’t have brake scoops because GM doesn’t go motor racing’.

“The brakes just cooked themselves, but fortunately all the hierarchy of Holden were sitting in the grandstand when it crashed and burnt because we’d just had a fuel stop and the aft case was the fuel tank and the whole car just engulfed in flames, so I guess 25 gallons of fuel went up.”

Speaking of the changes that followed which allowed Bond and Roberts to win the Bathurst 500, Lowndes said, “So then we got our slotted wheels and although we didn’t get brake scoops, we were allowed to cut away the body behind the front bumper to let air into the brakes and managed to make the brakes then live.”

“We expect that this incredible piece of history will break seven figures – making it the most expensive Holden ever,” said Hames.

“This particular HT Monaro is an extremely special car with a very rich history and a story that will never be forgotten especially by Holden enthusiasts and this is the reason why it could actually fetch a seven-figure amount breaking Australian records.

“This car is a significant piece of Australian motorsport history, not only shaping the success of Holden as a company, but also setting the stage for the domination by Holden and Peter Brock for the following two decades.

“While we’re seeing rare classic cars like Holden Torana’s and GT Falcon’s selling for hundreds of thousands, none have the colourful backstory or cultural significance of this Monaro, which is what makes it so rare and special.”