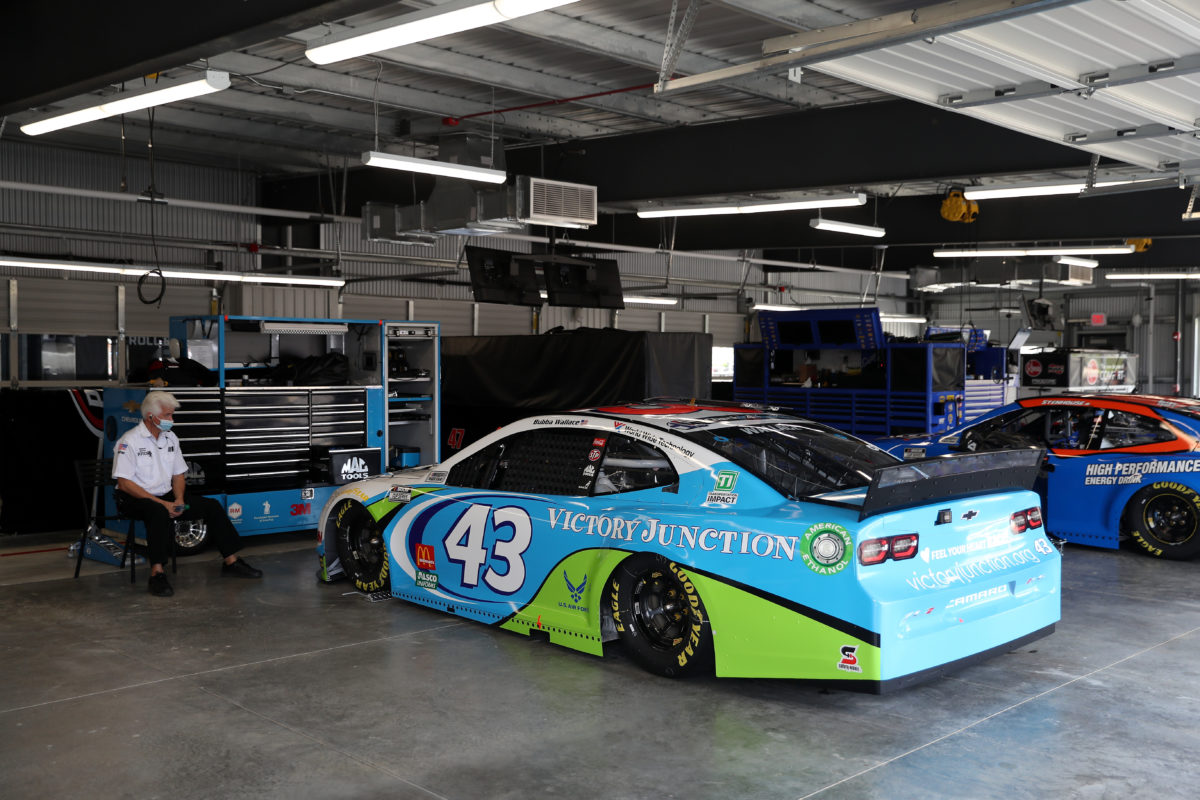 The FBI is investigating the noose found in the #43 garage

The Federal Bureau of Investigation has been engaged by NASCAR to investigate how a noose came to be in Bubba Wallace’s garage at Talladega on Sunday.

“Late yesterday afternoon a crew member from the 43 team discovered a noose in the 43 garage stall,” Phelps explained.

“I got a small group of senior leaders in the sport at NASCAR together to try to determine what the next steps would be.

“First thing was to launch an immediate investigation into this heinous act.

“As part of that, we this morning at 07:30 notified the Birmingham office of the FBI. They are currently on-site. They’ve started their investigation.”

Petty, team owner of the #43, added his voice to the chorus condemning the act.

“I’m enraged by the act of someone placing a noose in the garage stall of my race team,” he said in a statement posted on social media.

“There is absolutely no place in our sport or our society for racism. 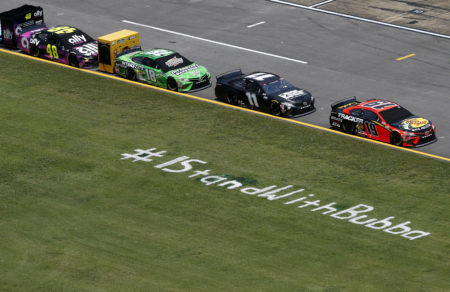 #IStandWithBubba was painted on the Talladega infield

“This filthy act serves as a reminder of how far we still have to go to eradicate racial prejudice and it galvanises my resolve to use the resources of Richard Petty Motorsports to create change.

“The sick person who perpetrated this act must be found, exposed, and swiftly and immediately expelled from NASCAR.

“I believe in my heart this despicable act is not representative of the competitors I see each day in the NASCAR garage area.

“I stand shoulder to shoulder with Bubba, yesterday, today, tomorrow and every day forward.”

Restrictions in place for NASCAR events currently preclude spectators from the infield, including the garages, with only a handful of fans invited to the Talladega event.

While that would suggest a narrowed list of those with the opportunity, Phelps would not rule out a possible security breach.

Phelps would also not be drawn on what footage is available of the paddock and garage area, stating that information would form part of the FBI’s investigation, reaffirming NASCAR’s commitment to identify the culprit or culprits.

“We’re going to use every effort we can to determine who has done this, whether it’s a single person or multiple people,” Phelps said.

“I know that the director of the FBI has informed the Birmingham office to use all their resources to find out, as well, all the resources available to NASCAR, the FBI.

“The teams and drivers and anyone who would have any access to this have all said, ‘Hey, we want to make sure we figure out who has done this vile act’.”

In an act of solidarity ahead of Sunday’s race, a host of drivers and scores of team personnel stood with Wallace, while #IStandWithBubba was painted on the infield.

Rain then interrupted the race, which was subsequently rescheduled to run on Monday local time.

We are one family.