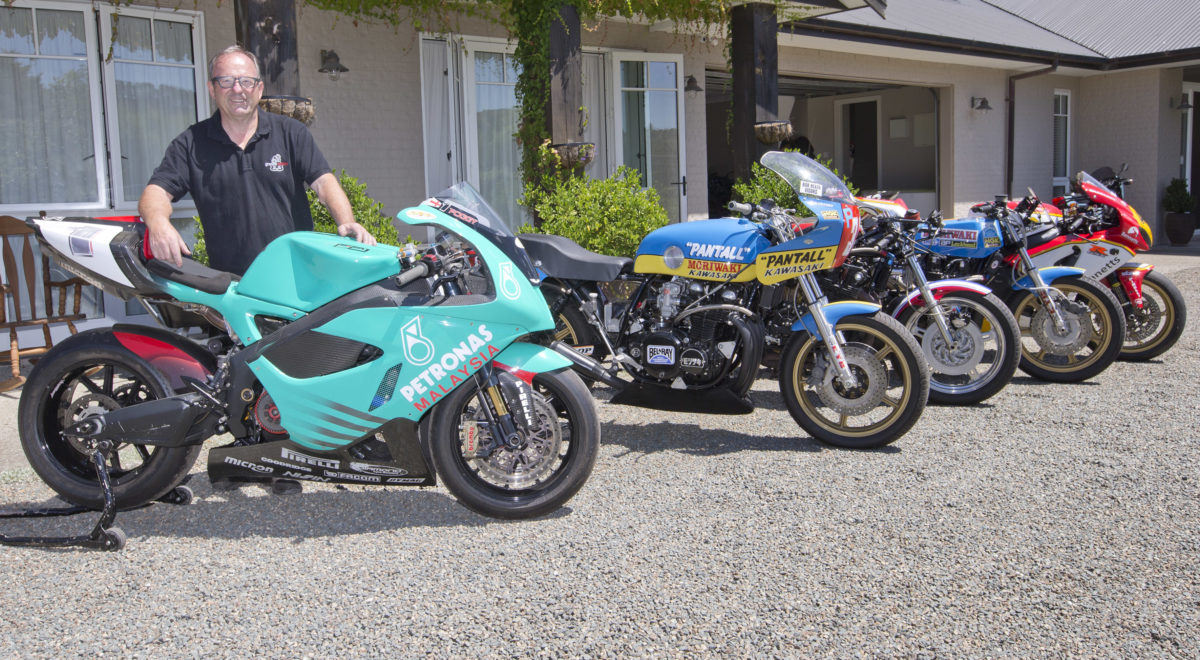 About an hour north of Auckland, not all that far from some stunning beaches on New Zealand’s east coast, is the little village of Matakana. Fresh country air, award-winning wine and artisan food. It feels like you’re a world away from the city.

You’ll also find some works of art here. Not just the kind you hang on the wall. It’s the home of Graeme Crosby Motorcycles where the Formula TT World Champion lovingly restores classic Japanese bikes with a penchant for the iconic Kawasaki Z range. 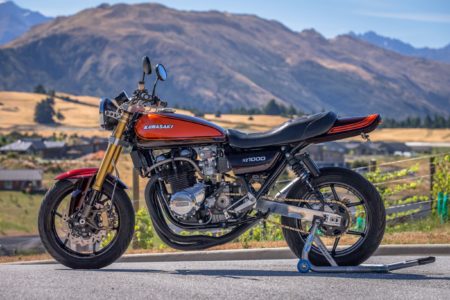 “After owning a bike shop and other ventures after I stopped racing, we moved to Matakana and a guy down the road had a couple of Z1s,” explains Crosby.

“They’re my favourite bike! As an apprentice I used to assemble them out of the box and I developed this affinity with them straight away.

“So I bought two of these bikes. Made a good one out of it. And then someone came along and asked me to build them one. I’ve now got 17 odd bikes in the workshop on the go. Some road. Some for racing.

“Basically I’m taking Z1s that are basket cases and breathing new life into them with a blend of new and old. I call them neo classics! They end up brand new bikes with better brakes and suspension. We tune the engine up and style them to suit the new owner. It’s really cool. And I’ve been doing that for six years now.

“I’ve also been taking the brand-new model and giving it into more of a classic look. And we do extensive research to build replica bikes too. We’ve done a Freddie Spencer and a Wayne Gardner replica and some of my old ones. We’ve got customers all over the world.”

Croz is a legend! That’s an overused word in the sporting vernacular but he really is. That status comes from a diversely successful race career but equally for his love of a laugh and some wildly entertaining stories along the way. He is the Larrikin Biker – the title of his book. 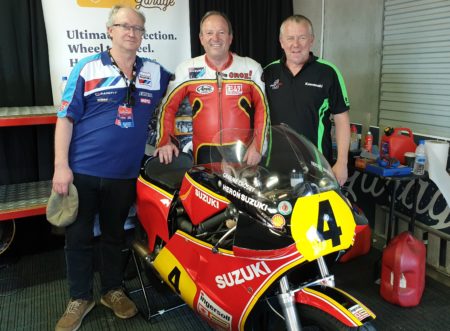 There are great tales of flushing Randy Mamola’s head down a dunny after a night playing pool with the late Gregg Hansford; riding the race bike on the road in pouring rain from Paris to Le Mans; and the time he told one of Moriwaki’s staff to collect Aussie co-rider Tony Hatton, who was coming to Japan for the first time.

“He knew hardly any English. So we taught him when he recognised Tony at the Airport to reach out and shake his hand and say are you F*** Face Hatton? I know it sounds bad but he did!” laughs Crosby.

While he is best known for bike racing there was also a stint in Touring Cars, which included a New Zealand title in ’92. He raced with the Stone Brothers in the mid-‘80s during the early part of their chapter in the Australian Touring Car Championship. You tend to think of Ross and Jim for their success with Ford in Supercars but Croz raced a Commodore they prepared.

At the ‘86 Adelaide F1 Grand Prix, he went out with a friend of the great Mike Hailwood’s after qualifying in the top four. He was late getting to the track the next day. In fact, there was some quiet concern in the team about their driver being MIA! Ross wasn’t impressed. Croz got in the car and after a sluggish start began driving like a “scolded cat” fighting for a third place finish. Modern racers/athletes couldn’t do that today. That was the era and they’ve all had a good chuckle about it since.

Red Bull Holden Racing team owner Roland Dane reminded me recently how well respected Croz was in the UK. Roland can vividly remember watching him race bikes in the ‘70s and early ‘80s. Two stroke; four stroke; Crosby was bloody good on both. 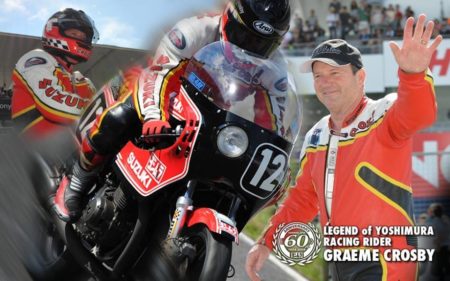 Crosby is highly regarded in Japan

You’ll find his name in record books everywhere. From the Castrol 6 Hour and Marlboro Series in his native NZ to the fabled Bathurst Easter races. He is adored in Japan partly because he’s a Suzuka 8 Hour winner. There were victories at Daytona, the treacherous Isle of Man TT and he rode for the factory Suzuki and Yamaha teams in the 500cc World Championship – what we now call MotoGP.

“Where I am at the moment, I would have to be one of the luckiest people,” declares Crosby.

“But, I didn’t want to race there in ’82. Because I’d been there. Done that. It’s an unforgiving track that can take anyone. There’s no rhyme or reason. You can be there one day and gone the next. It is the last bastion of man and machine.”

Graeme Crosby turns 65 next month and the love for motorcycles is as strong now as it was when he forged his Mum’s signature to get a race licence in his teens.

CLICK HERE to find out more about Crosby’s restorations 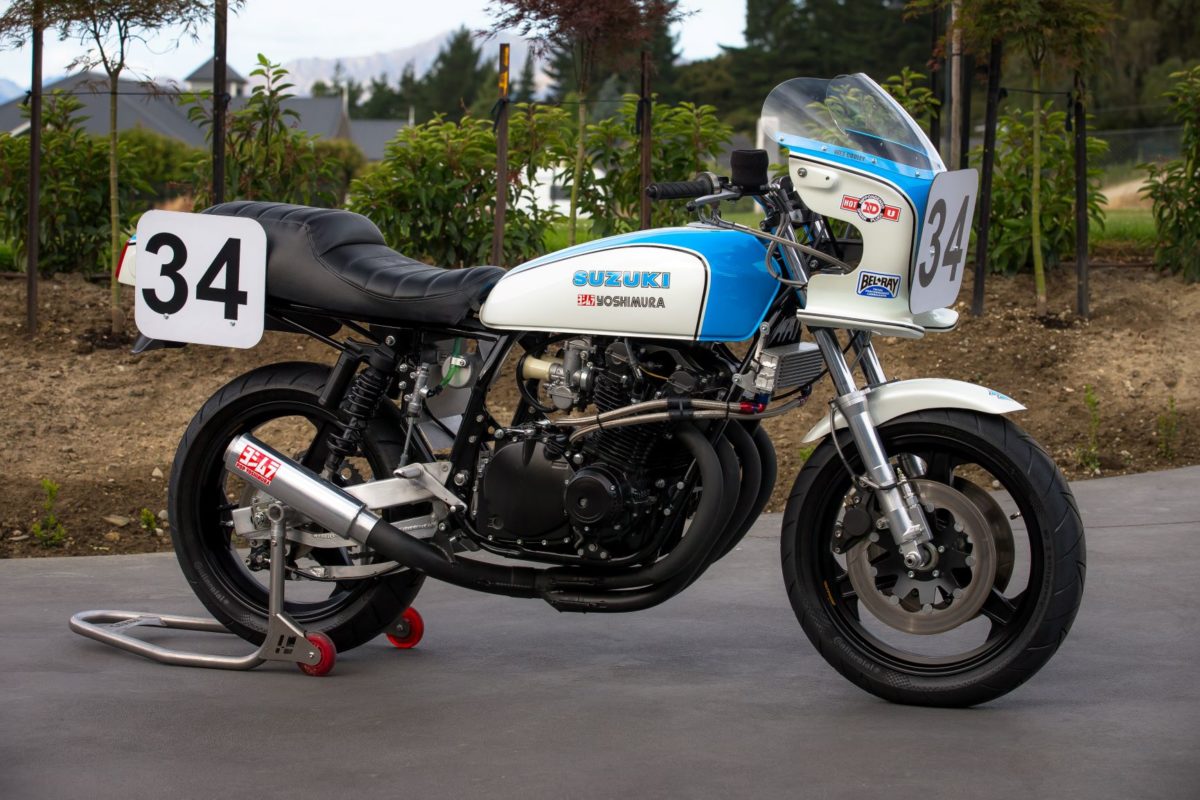 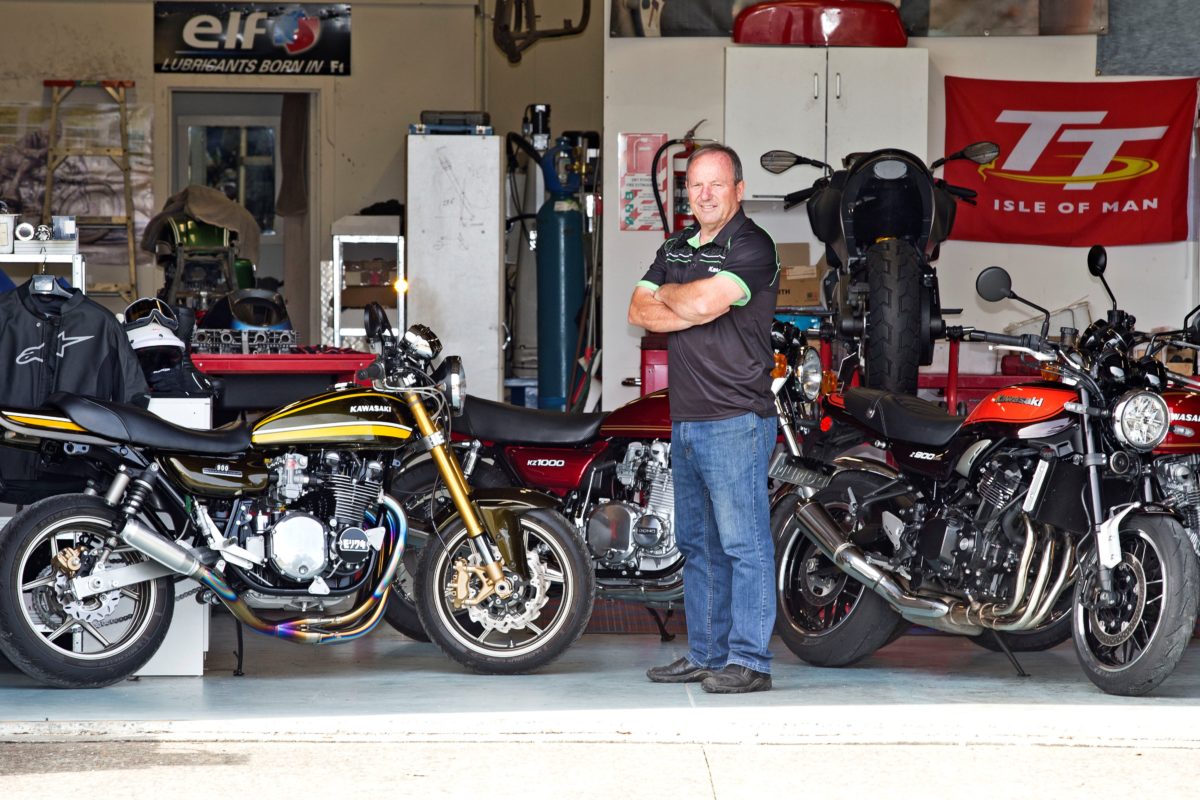