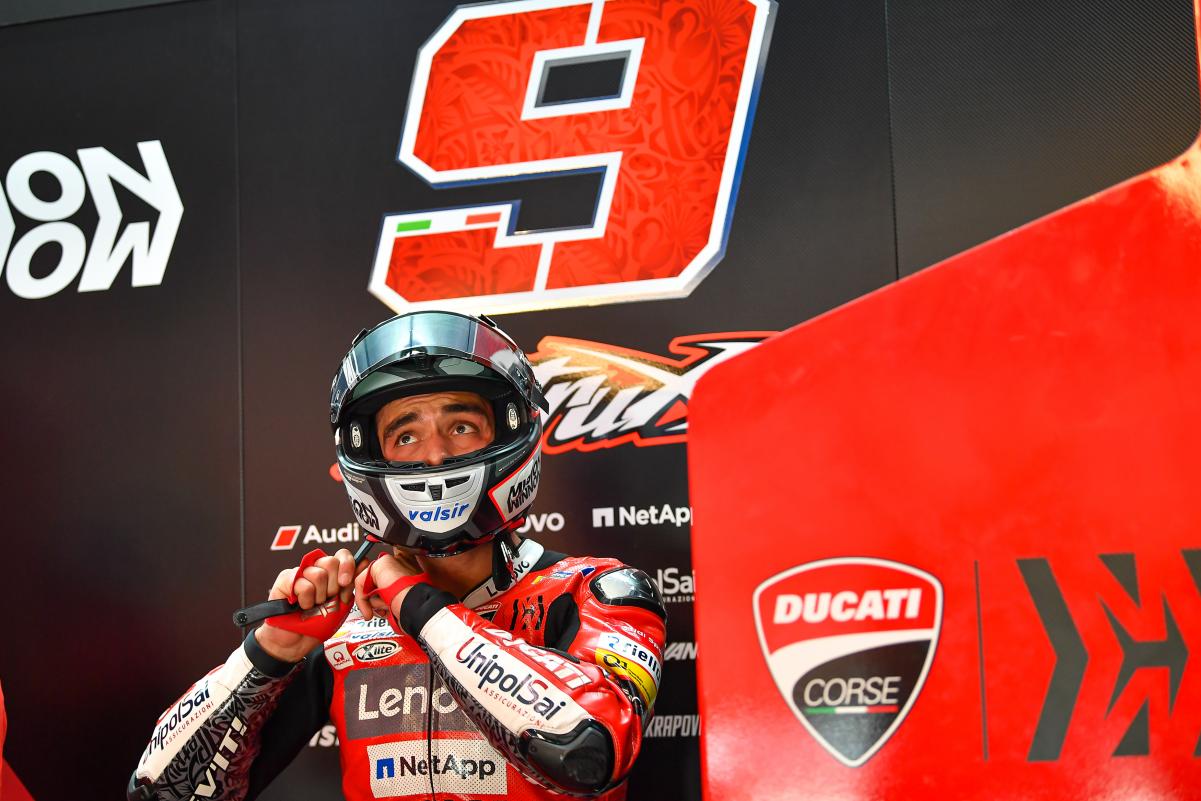 Outgoing Ducati Team rider Danilo Petrucci has met with KTM regarding a possible move to the Austrian marque in 2021.

The Italian has effectively lost his seat at Ducati’s factory team to Jack Miller while current KTM rider Pol Espargaro appears on his way to Honda.

Espargaro’s departure has not yet been confirmed but Petrucci’s manager, Alberto Vergani, is upbeat after initial discussions at KTM’s Mattighofen headquarters on Wednesday (local time).

“It was a very positive meeting. We started talking around noon and finished after 7pm.

“We said a lot of things in those seven hours. We visited the racing department in Munderfing and the first word that comes to mind is: shocking.”

There will, however, not necessarily be a swift resolution to the talks, given the situation involving Espargaro, KTM, and Honda.

“(Pit) Beirer (Head of Motorsport) and (Mike) Leitner (Red Bull KTM Factory Racing Team Manager) will now have to report to (Stefan) Pierer (KTM CEO), who was absent, but it seems we are in good shape,” explained Vergani.

“In any case, there is no urgency, neither on their part – they must unravel the Espargaro question – nor on our part.

“But they wanted to know us and I would say we started off on the right foot.”

Should Espargaro defect to the Repsol Honda Team, he would take the place of 2020 MotoGP rookie Alex Marquez, who would reportedly move to Honda satellite team LCR.

MotoGP returns with the Spanish Grand Prix at Jerez on July 17-19.