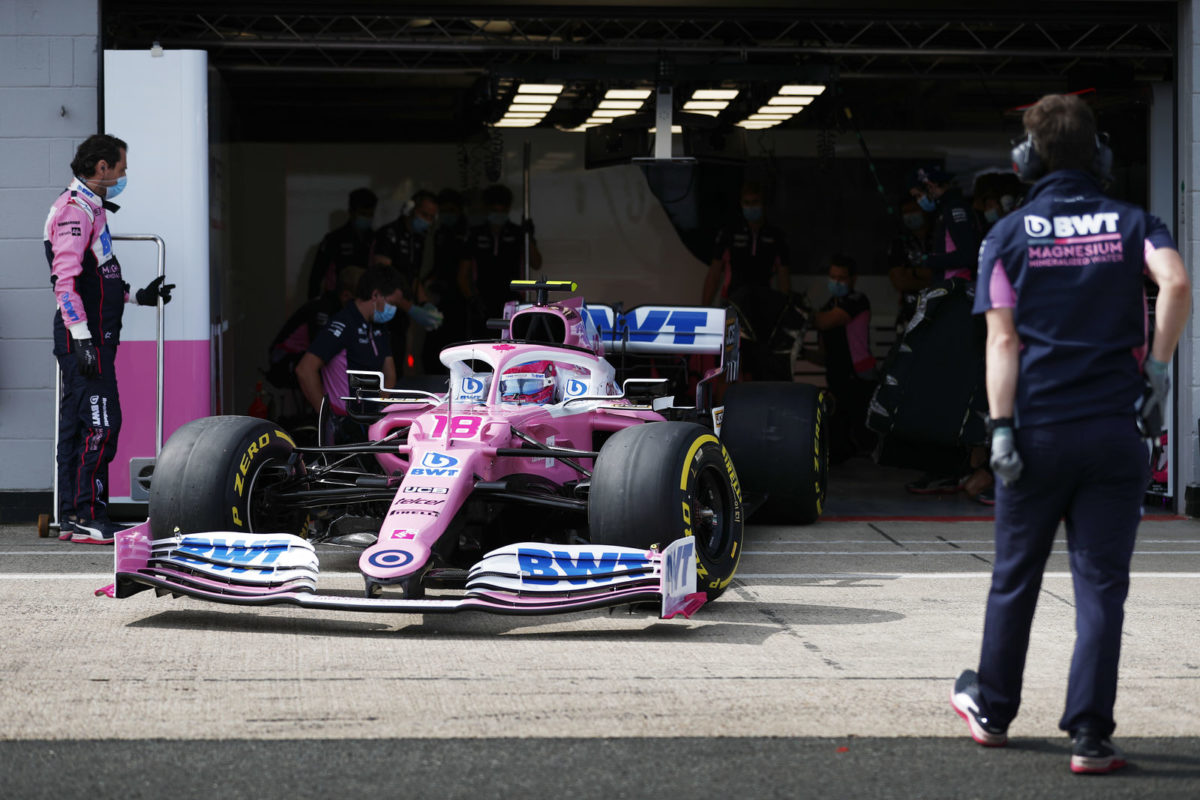 Formula 1 drivers will have to be more careful during race weekends due to blowouts in repair times caused by COVID-19 protocols, suggests Racing Point Technical Director Andrew Green.

Teams will be subject to personnel and procedural restrictions when F1 returns next month with its belated season-opener at the Red Bull Ring, leading to inefficiencies in the garages.

Racing Point is the latest outfit to get a real world understanding of how they will be impacted after conducting a filming day at Silverstone.

“It’s very different, and it’s going to be a real challenge going forward,” said Green of the new procedures.

“It’s basically down to respecting the distance between engineers when they are working on the car, and the type of personal protection they have to wear.

“That effectively changes the time it takes to do jobs on the car. Certain jobs now take a lot longer, and we have to manage that. We only have a certain amount of time trackside to work on the car when we’re in a race environment, and we have curfews in place.

“So we have to now look at how long it takes to change and modify parts on the car that we would normally do, reschedule them so we make sure that we are doing what we’re doing what we need to do during a race weekend, and not contravening the curfew regulations.

“That’s a big part of what we were trying to learn yesterday.”

Lance Stroll undertook the 100km of filming day running at the British Grand Prix venue, and Green alluded to the significant effect that any incidents for him or team-mate Sergio Perez could have on how their race weekends roll out.

“We’ve got two drivers who should be aware that if they do go off during a practice session and do a lot of damage it potentially could take a lot longer to repair,” he added.

“I think they’ll be well aware of that.”

The restrictions mean that teams will have to be more focused on reliability, with Green estimating that engine changes will take twice as long as before.

On that task, he quipped “We hope we don’t have to do one in a hurry, that’s for sure.

“I suspect changing an engine now will take twice as long as it used to.

“Only certain members of the crew are working on the car at any one time, and that really does limit the speed at which you can do a power unit change. Depending when a power unit is required, it’s going to be very challenging.

“What you don’t want to do is try and do too much in a weekend now, that’s the clear message that we’ve got out of it.

“We’ve got to be really careful that we focus on the important part of the weekend, get that done right, get that done efficiently, and then you look at all the other areas. It just focuses your attention much more.

“It’s more a case of making sure that the car is built correctly, and robustly, so that we don’t have to go in and change things that we wouldn’t normally want to change.

“So reliability is going to be a key factor in keeping things running super smoothly. Once you get a big reliability issue then that’s going start putting strain on the team, to get parts repaired or modified in time.”

Racing Point is the third team to have hit the track ahead of F1’s return with the Austrian Grand Prix, although it took a slightly different tack to Mercedes and Renault, which tested previous cars for multiple days.

Ferrari is also expected to run its 2018 car at Fiorano ahead of Round 1 of the season at the Red Bull Ring on July 3-5.