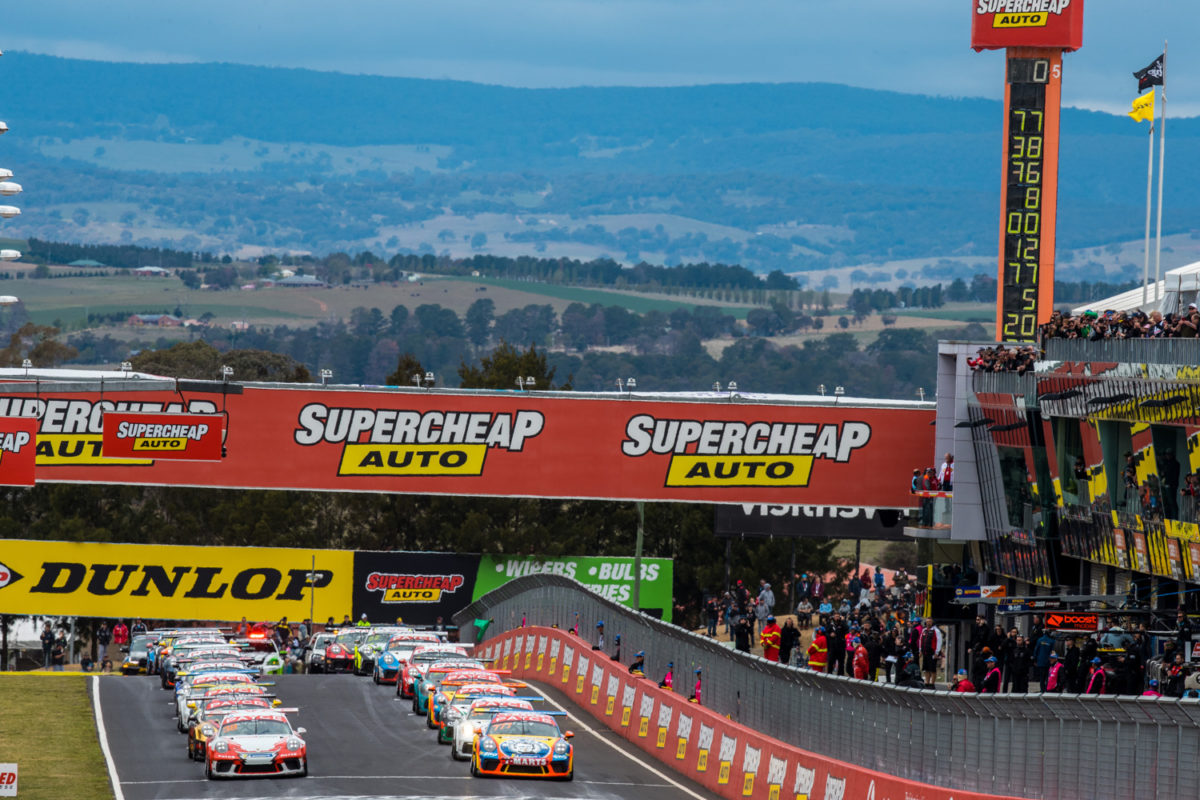 There are now five rounds to come in the current campaign, which has been in hiatus due to the COVID-19 pandemic since Round 2 at the Formula 1 Australian Grand Prix was cut short.

The next round will support Supercars’ Truck Assist Winton event on July 18-19, as predicted by Speedcafe.com.

Both Carrera Cup and Porsche Michelin Sprint Challenge, for which a new calendar was released on Wednesday, will then feature at the Sydney Motorsport Park Shannons Motorsport Australia Championships meeting on August 15-16.

The remainder of the season is back on the Supercars card, at Townsville on August 29-30, the Penrite Oil Sandown event in The Bend’s old slot on September 19-20, and the Supercheap Auto Bathurst 1000 on October 8-11.

Carrera Cup’s season would ordinarily end in October, but at the Gold Coast 600, which has been cancelled for 2020.

The Porsche series is, however, the first confirmed support category for the sole remaining Queensland event in that of Townsville, with the Dunlop Super2 Series no longer making the trip north under its revised calendar.

Head of Motorsport at Porsche Cars Australia, Troy Bundy said, “We are pleased to reveal our revised 2020 calendar that will see Porsche brand racing again in Australia, which is something that we are very passionate about.

“I would like to take the opportunity to thank both Supercars and Motorsport Australia for the support they have given us in developing this great line-up of events for the remainder of this season.

“We are really looking forward to returning to the track and continuing to provide an excellent show for our fans, customers, teams and partners and we would like to thank them for their patience and support during this time.”

“We are blessed to be able to work with such a great group of people that are as passionate about motorsport as we are and we are looking forward to seeing everyone at the track again soon.”

Race formats are yet to be announced and the calendar is technically subject to change in line with any restrictions which may arise due to COVID-19.

Cooper Murray leads the series after four races thus far, including one on the only day of track activity at Albert Park in March.