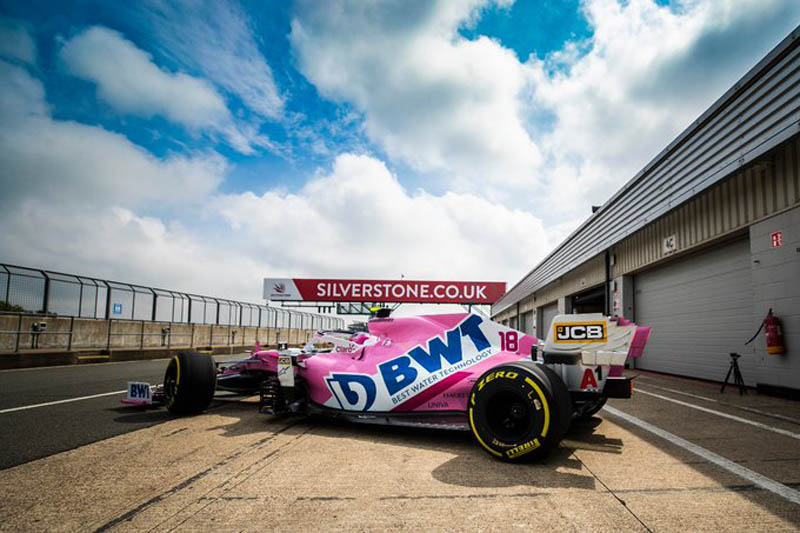 Using a promotional day, the team had Lance Stroll take the wheel of its RP20 machine at Silverstone as teams start ramping their activities back up ahead of the season start.

The 2020 F1 season will get underway at the Austrian Grand Prix in early July with a raft of new processes and procedures to manage social distancing and other requirements in the wake of the COVID-19 pandemic.

In an effort to get to grips with the new way of working ahead of the opening event, teams have been looking to get on track.

Regulations dictate that teams are unable to test their current or one-year-old cars outside of officially sanctioned tests, though cars two years or more old can be run.

There is an allowance for teams to conduct two days of limited running, up to 100km, on demonstration spec Pirelli tyres using their current-spec machines.

Mercedes was the first team to hit the track following the extended break by conducting a two-day outing at Silverstone using its 2018 championship winning car.

Renault followed suit, with Daniel Ricciardo and Esteban Ocon driving the R.S.18 at the Red Bull Ring on Tuesday and Wednesday.

The Frenchman completed 145 laps of running, a distance totalling just over 600km, to add to Ricciardo’s 115 laps from the previous day.

Racing Point, however, opted to exploit the use of promotional filming regulations to hit the track with Stroll at the wheel of its current spec car.

It is currently the only team to have done so though AlphaTauri will follow Racing Point’s approach and run its 2020 machine during a promotional day at Imola next week.

“It’s great to be back in the car, it’s been a while,” said Stroll.

“Super excited for the first race.”

Ferrari is set to following the path worn by Mercedes and Renault and run its 2018 car at Fiorano, though no date has yet been confirmed for that outing.

The 2020 F1 season gets underway with two events in Austria on consecutive weekends, the first running from July 3-5.