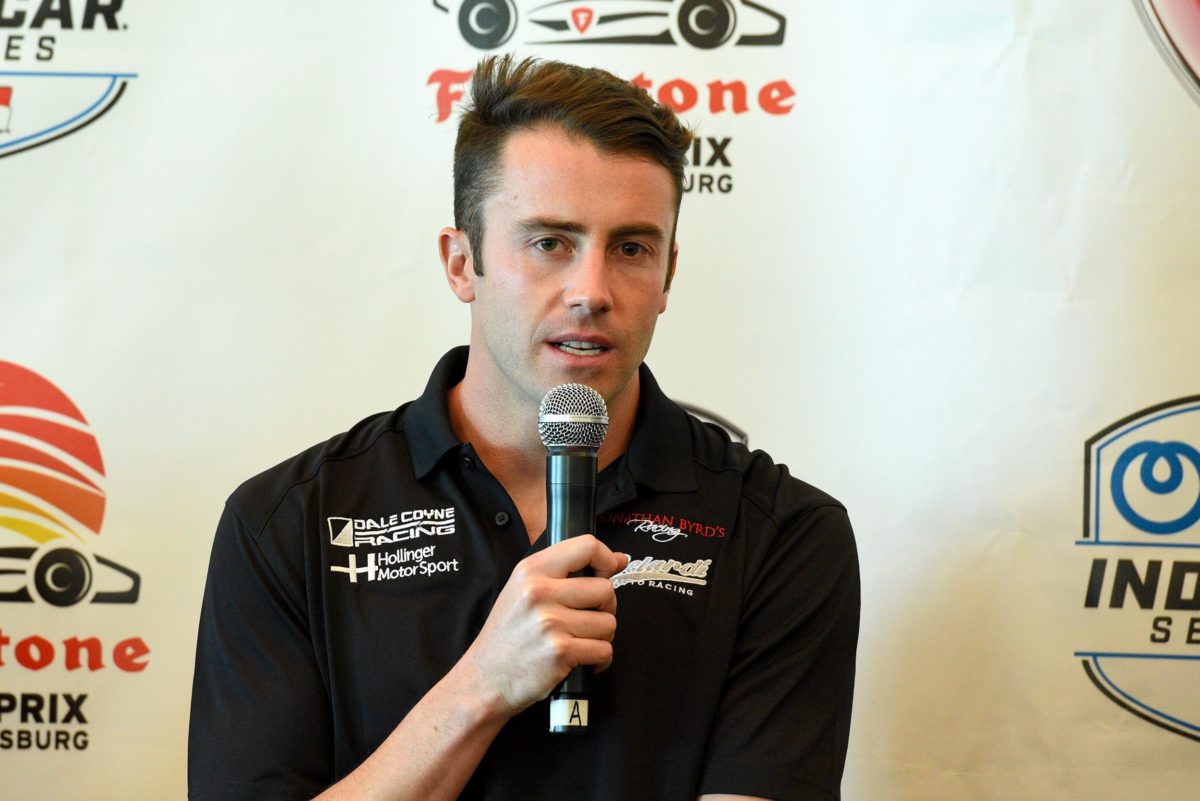 James Davison has described the task of making his NASCAR Cup Series debut this weekend without so much as a qualifying session as “pretty damn crazy”.

With NASCAR operating to single-day formats due to restrictions brought about by COVID-19, 500-mile race at Talladega on Sunday (local time) will be the first track activity for the Cup Series of the weekend.

As such, the opening lap of 188 will be Davison’s first at racing speed when he lines up in a Spire Motorsports Chevrolet.

“This race won’t have a practice or a qualifying session so I’m going to be going into the race, taking the green flag, and it will be the first time that I’ve ever sat in the car, that I’ve ever raced a stock car on an oval, so it’s pretty damn crazy,” Davison told Speedcafe.com.

The Melburnian has four NASCAR national series races under his belt, including two top 10 finishes, but all were in the second tier Xfinity Series, on road courses.

He does have superspeedway experience, however, in the form of five starts in the Indianapolis 500, which helped in gaining approval to race on all NASCAR Cup Series circuits this year.

The third of those Indianapolis campaigns came in the form of a mid-event call-up to fill in for Sebastien Bourdais after the Frenchman injured himself in a frightening crash, continuing a pattern for Davison.

“The way my career’s played out, it’s been driving in nearly every series out there with minimal mileage prior to racing, so it’s what I know,” he noted.

“I’ve been in many uncomfortable positions before, and it’s just another one to me and honestly I’m not stressed about it.

“I’m just going to ride and survive, just aim to run all 500 miles and learn the fine details of that racing.

“As we’ve seen, there’s a lot of attrition in the restrictor plate races and if you just survive, you can get a strong finish while being a part of a small team.

“So, that will certainly be the plan; I’ve just got to drive a very disciplined race and have little to no expectations and just aim to get it to the chequered flag.”

Davison will once again be supported by Jonathan Byrd’s Racing, which has backed his recent Indianapolis efforts and also helped get him into the field for S5000’s ultimately abandoned season-opener at Albert Park in March.

“I have a strong relationship with Jonathan Byrd’s, they support me in pretty much all of my racing and they wanted to create an exciting calendar for me to be racing in as many different series as possible,” he explained.

“So, when I drove the S5000 at the (Australian) Grand Prix, I had Jonathan Byrd’s on the side of the car and they supported that effort, and this is another race on the list.”

It is expected that both parties are working on another tilt at the Indianapolis 500 off the back of a career-best finish of 12th for Davison in IndyCar’s flagship race last year.

Race start at Talladega for the 33-year-old’s NASCAR Cup Series debut is Monday at 05:00 AEST.