KTM not giving up on keeping Espargaro

KTM not giving up on keeping Espargaro 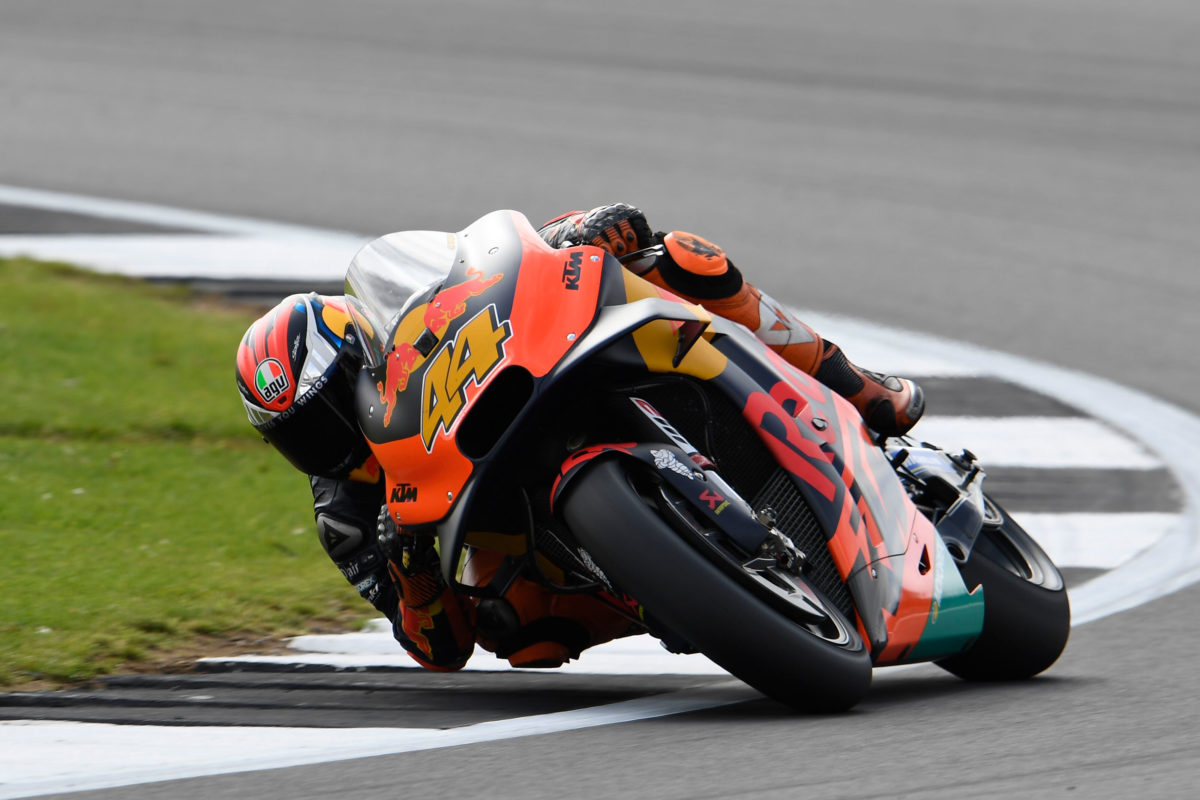 KTM has not given up on retaining Pol Espargaro for the 2021 MotoGP season despite rumours that Honda has already nabbed the Spaniard.

Espargaro is reportedly set to join Marc Marquez at Repsol Honda next year despite the latter’s new team-mate, brother Alex, not having had a chance to race in MotoGP yet.

The move would cause a significant headache for KTM, with Espargaro and test rider Dani Pedrosa credited with the recent strides that the Austrian marque has made in the premier class.

It could also make Honda, which has had to rely on the older Marquez brother as its only contender of late for the championship and regular race wins, an even more potent outfit.

However, KTM CEO Stefan Pierer has hinted that his team may have some sort of option or right of refusal over the 29-year-old which means no deal can be done with Honda until September.

“The question of whether Pol will stay with KTM is still open for us,” Pierer told German outlet Speedweek.com.

“A decision will be made at the latest by September 15.”

Notably, Repsol Honda Team Manager Alberto Puig stated that on June 6, after the rumours first emerged, that it had not yet signed Espargaro.

“HRC is always thinking about the present and the future of its structure, from the lower categories to MotoGP,” said Puig.

“Due to the circumstances that we are in, this season is not developing through the usual channels, but that does not mean that Honda stops continuing to plan the best possible future for all their riders.

“We do not have any contracts signed with anyone that have not already been announced.”

KTM was already forced into a change to its MotoGP roster when Johann Zarco departed the factory team midway through last year.

It is due to contest the 2020 season with Espargaro and Brad Binder at Red Bull KTM Factory Racing, and Iker Lecuona alongside Miguel Oliveira at its satellite team, Red Bull KTM Tech3.

That quartet was also pencilled in for next year according to Pierer, who added, “We had no intention of being active on the market, our goal is to keep all our riders with us.

“We would like to invest the money in the bike.”

The 2020 season will commence with the Spanish MotoGP at Jerez on July 17-19.