Formula E to finish season with six races in Berlin

Formula E to finish season with six races in Berlin 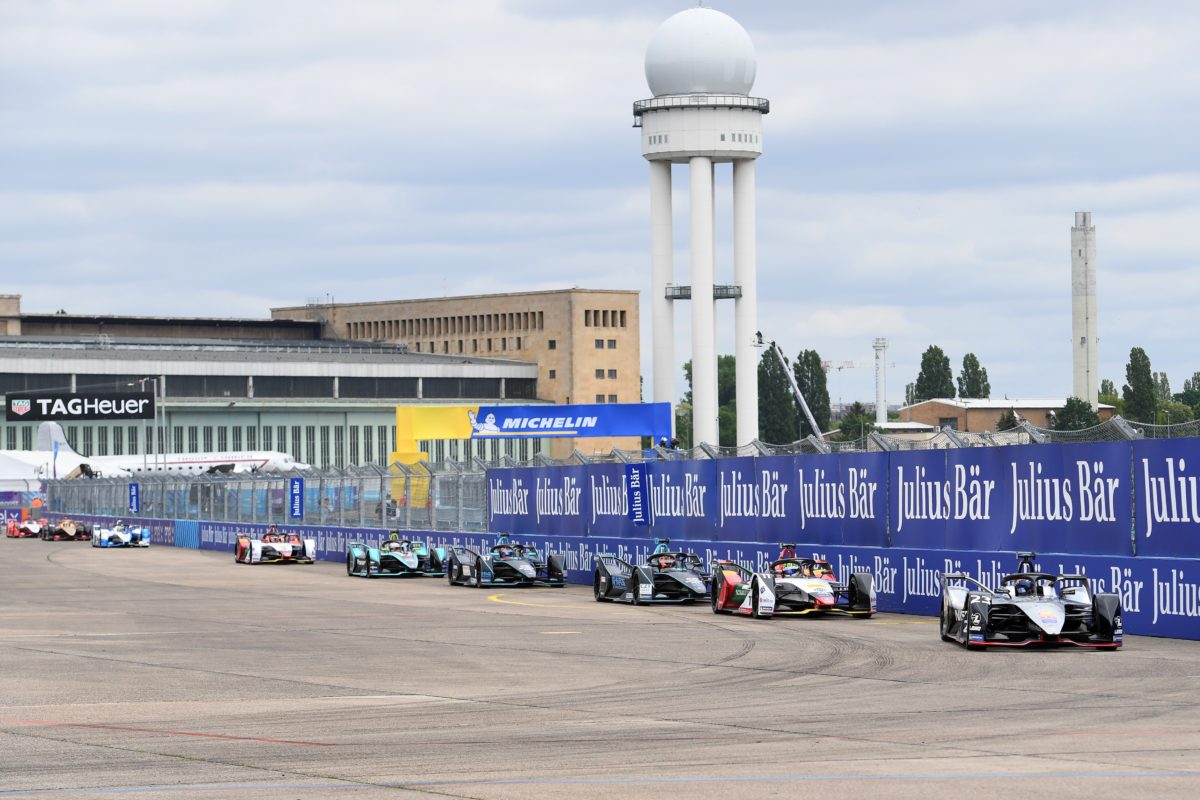 The FIA Formula E Championship will finish its 2019/20 season with six races in the space of nine days, all at Berlin’s Tempelhof Airport.

The sequence is comprised of three double-headers in the first half of August with multiple track layouts to be used for each pair of races.

No crowds and only essential personnel will be allowed into the circuit.

“Since taking action to suspend our season in March, we have emphasised a revised calendar which places the health and safety of our community first, represents Formula E’s distinct brand of city-centre racing and offers an exciting conclusion to the compelling season of racing we had seen so far,” said Formula E CEO Jamie Reigle.

“We’re heading to Berlin Tempelhof, a venue that our teams, drivers and fans love, to stage a nine-day festival of racing with three back-to-back double-headers.

“The festival will feature three track layouts, presenting a new challenge and creating the conditions for an unpredictable and drama-filled climax to our season.

“The team at Formula E has been working incredibly hard over the past weeks to enable us to go racing again in Berlin.

“I’d like to thank the FIA, our manufacturers, teams and partners for their continued support, the city of Berlin for their cooperation and flexibility and our fans for their patience.”

The season was originally to have ended in late-July with a double-header in London which would have seen racing through and around the ExCeL convention centre that was transformed into a coronavirus hospital.

Techeetah’s Antonio Felix da Costa leads the championship by 11 points after winning the last race, in Marrakech in February.

Jaguar’s Mitch Evans sits second on the table having won the second-last race before the season was suspended.