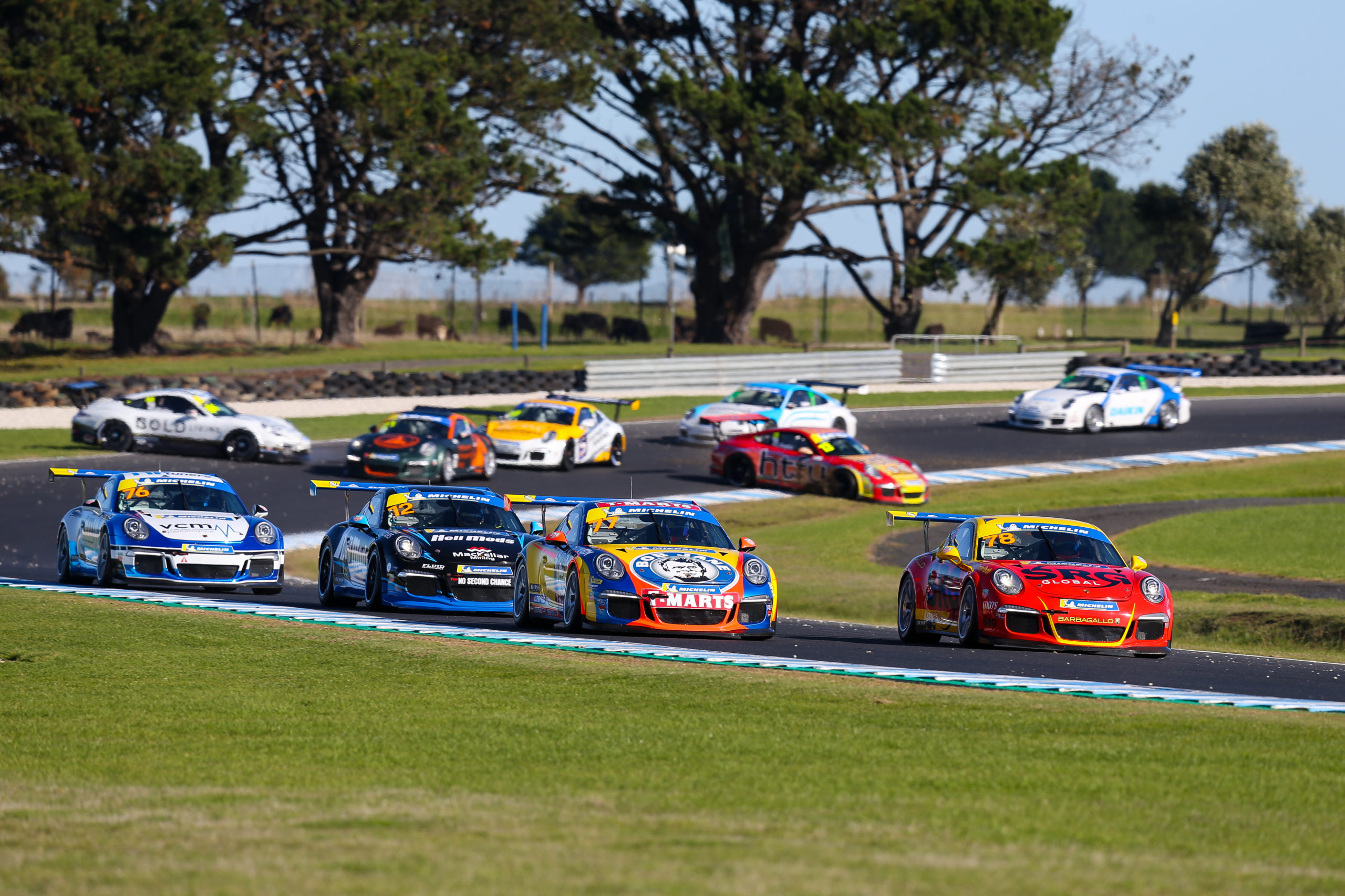 Porsche Michelin Sprint Challenge will finish its 2020 season in Bathurst

The new calendar for the 2020 Porsche Michelin Sprint Challenge has been released, revealing a visit to Mount Panorama for the season finale.

The first four rounds will be held on the Shannons Motorsport Australia Championships platform while the last will take place at the Australian Racing Group’s new Bathurst International event.

Sydney Motorsport Park opens the season in mid-August, followed by Sandown in mid-September, The Bend in mid-October, and Phillip Island later that same month on an otherwise as yet unconfirmed weekend.

Mount Panorama rounds out the campaign in mid-November and is a new addition relative to the original, six-round calendar.

Race formats for each round are still to be announced.

“We are pleased to reveal our revised Porsche Michelin Sprint Challenge calendar for 2020 and would like to take the opportunity to thank Motorsport Australia and the Australian Racing Group for the support they have given us in developing what we feel is a great line-up of events for the remainder of this season,” said Troy Bundy, Head of Motorsport at Porsche Cars Australia.

“We are looking forward to returning to the track and continuing to provide an excellent show for our fans, customers, teams and partners and we would like to thank them for their patience and support during this time.”

Harri Jones won the all-Porsche series last year when it was known as Porsche Michelin GT3 Cup Challenge and has stepped up to Carrera Cup with McElrea Racing in 2020.