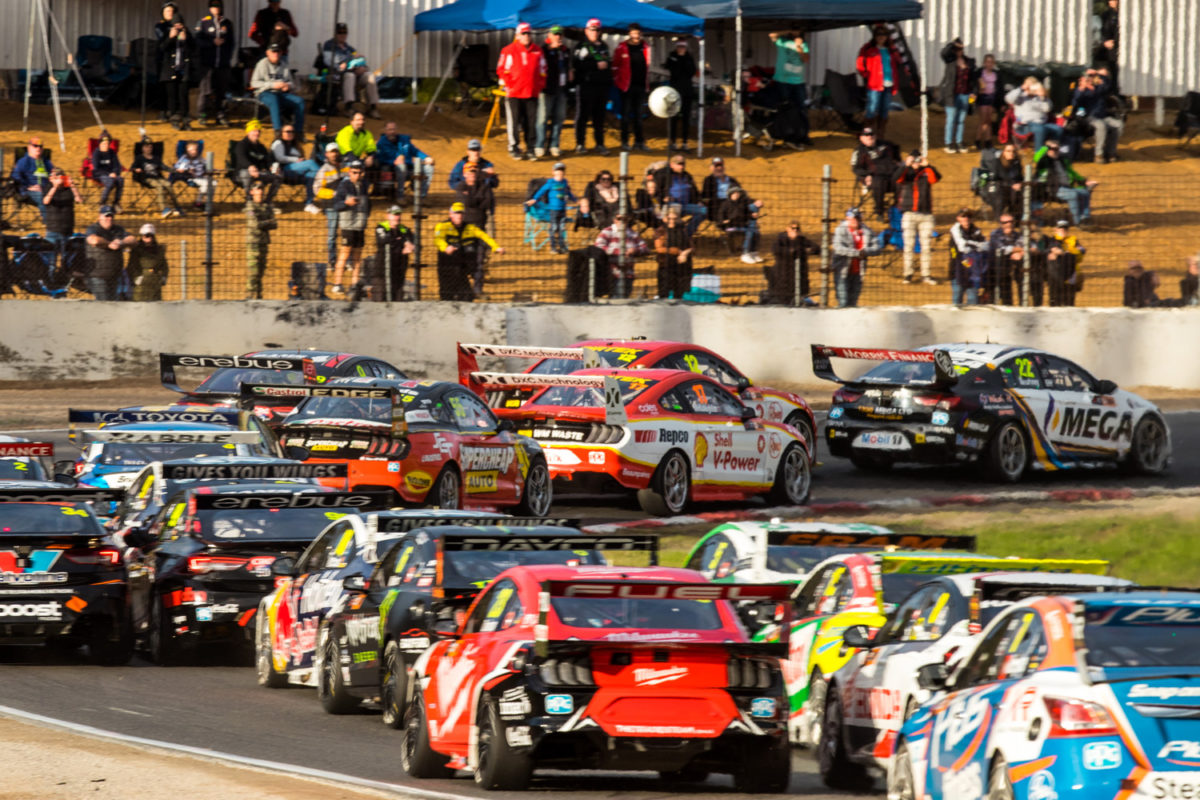 Supercars itself is set to promote next month’s Truck Assist Winton event having taken up that role shortly after the local outbreak of COVID-19.

Ordinarily, circuit owner Benalla Auto Club would promote the event at Winton Motor Raceway, but the prospect of there being no spectators made that model unviable.

The rural Victorian track will host the second Virgin Australia Supercars Championship event after the suspension of the season due to the pandemic, with the Sydney SuperSprint to proceed at the end of this month behind closed doors.

Asked why promoter status for Winton sits with Supercars, BAC CEO Chris Lewis-Williams told Speedcafe.com, “Because there’s no crowds. You can’t charge a sanction fee and try and recover it by charging camping and tickets when you can’t do that, so that deal was done three or four months ago.”

Prime Minister Scott Morrison announced last week that sporting events will soon be allowed a limited number of spectators, at a date set by the respective states/territories, with New South Wales soon confirming such rules will take effect on July 1.

Victoria has so far set no timeline for the implementation of that rule, but the news has provided some hope that fans will be able to attend the Winton weekend, which could see BAC yet have some involvement in running the event.

“The reality is, going forward, that perhaps there may be a crowd element and we are in negotiations with Supercars as to how we’ll manage that as the restrictions allow,” explained Lewis-Williams.

“We may end up back at a hybrid model but that’s up to governments relaxing restrictions enough to where we may be able to have some crowds.

“We’ve said to them very early that if we can help, we will help.

“We can turn on a race meeting at Winton really quickly because we’re there and we’re set up, so it’s not difficult for us to pull the trigger to help them out, and we said that to them really early; ‘If you need a hand to get an event up, just give us a call.’”

When approached regarding promotional status and crowds, a Supercars spokesperson told Speedcafe.com, “The relationship between Supercars and Benalla Auto Club is commercial in confidence.

“We are working with Benalla Auto Club to ensure we put on the most entertaining event for fans that we can.

“We will continue to work with the Victorian Government and any attendance will comply with the most up to date restrictions at the time of the event.”

Formula 1 has also had to adjust its operating model due to the fact that its grands prix, at least initially, will be held behind closed doors.

Promoters would normally pay F1’s sizeable hosting fees through gate takings but the Hungaroring has extended its contract as part of the negotiations to hold its race without spectators and Italy’s governing body appears to have done the same.

For BAC, which is now set to hire Winton to Supercars, the net effect on its finances of not promoting the event is approximately neutral, according to Lewis-Williams.

The club instead uses Supercars as a way of bettering itself for the rest of its calendar of events.

“The spreadsheet that I’ve done, it’ll look about the same,” he explained.

“It’s an incredible amount of work to put on a Supercars event that pulls a good crowd.

“That means you work really, really hard to deliver an event of a (particular) standard because Supercars demand a standard and I personally believe that standard makes us better across the business and pushes us hard, but you wouldn’t do it for the financial return; you just wouldn’t do it.

“We love doing it and we’ve done it for a long time, and the support we get from the fanbase, not only from northeast Victoria but around Australia…

“There’s guys that, on their calendar, is Winton Motor Raceway camping and Bathurst camping and that’s their two events of the year and we’re super proud to be able to provide that to them.”

It is expected that the event will be supported by the Dunlop Super2 Series as well as Porsche Payce Carrera Cup Australia and the Toyota Gazoo Racing Australia 86 Series.

Supercars will visit Winton on July 18-19.