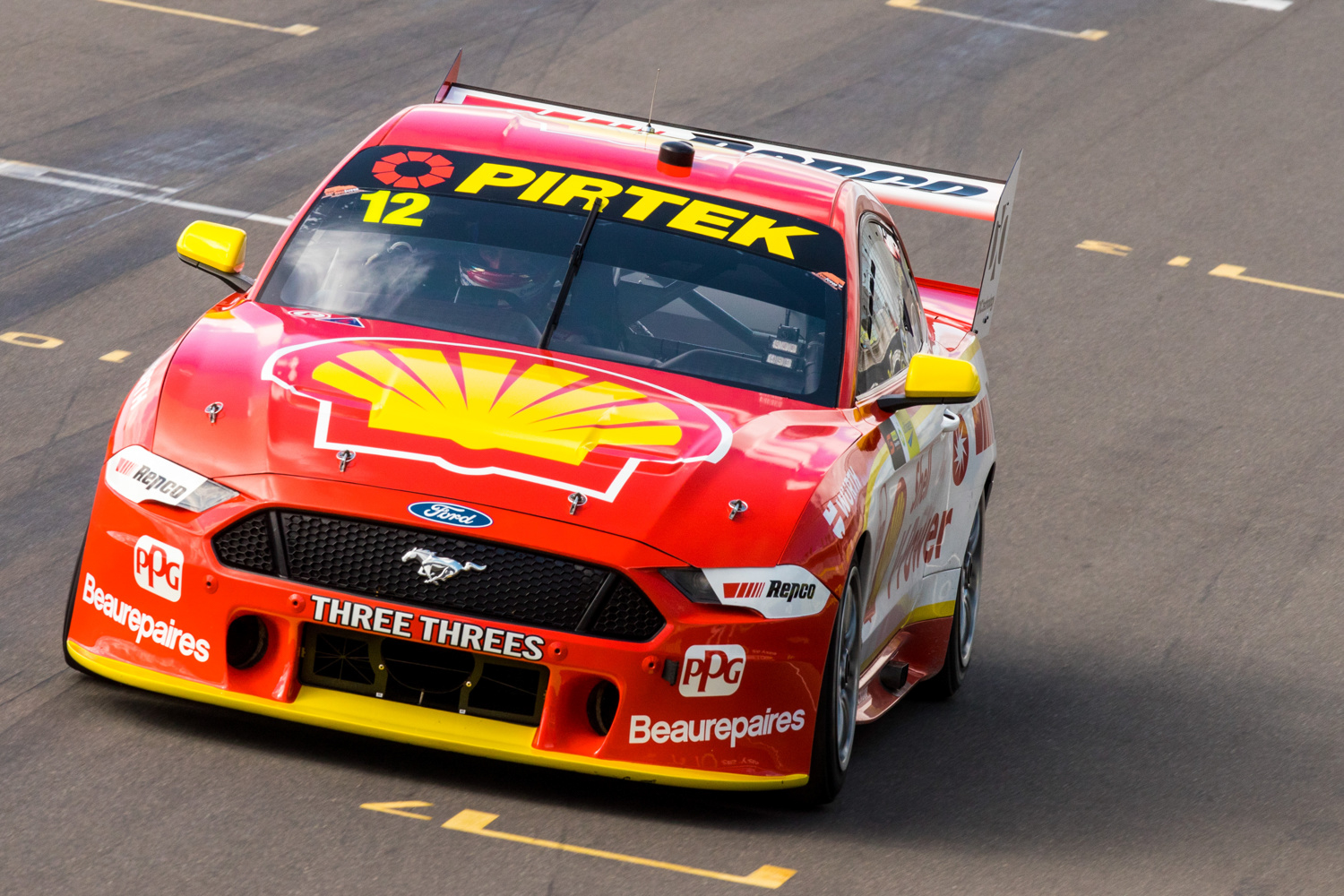 Scott McLaughlin and Fabian Coulthard say recently announced technical changes are a “great thing” for Supercars ahead of a return to racing at Sydney Motorsport Park.

The Shell V-Power Racing Team pair will return to the race track on June 27-28 with the Sydney SuperSprint but will be restricted by what data they can access.

Live car-to-pit data has been restricted with the removal of brake temperature sensors and gyro sensors that measure g-force.

Data loggers cannot be accessed until the end of the Sydney event either.

“In some ways, it just brings it back to the grassroots,” said McLaughlin a media roundtable.

“You grow up without a lot of that stuff, it’s a bit of a luxury. The data doesn’t put bums on seats, so it’s a matter of Supercars trying to cut costs.”

McLaughlin said the new measures are a step in the right direction for Supercars amid tough economic times brought about by the coronavirus pandemic.

Ultimately, the changes will put more emphasis on driver feel and communication with engineers, making set-up changes without the influence of data.

“I think it’s a great thing the category is doing, it’s just a matter of us trying to feel the car a little bit better,” he added.

“We’ve still got data obviously from previous events and previous years that we can go back on, but absolutely, it’s going to be a square one approach in regards to finding the pace in yourself.

“As a team, we always work together well and I think that’s going to be the main thing, especially when you’ve got a lack of data, being transparent between the two cars and working out a set-up earlier.

“And later, that’s going to turn into our results compared to how it was when we were just looking at data and different bits and pieces that have been taken away from us.”

Coulthard echoed McLaughlin’s sentiment, who said the additional technical changes have come at the right time for the category following a move to a controlled damper package.

Following a 2019 season marred by parity discussion, Coulthard believes the changes will bring the category back to a more level playing field.

“This year is probably the cleanest slate for teams in the sense that we’ve started with a new damper package that no one has really run with,” said Coulthard.

“Then correlate this with obviously the changes done to personnel and removing some of the sensors, for us, a lot of us are evaluating things and quantifying things as we go along.

“This is probably the most level playing field Supercars has ever seen in recent times.”

The Virgin Australia Supercars Championship is currently led by McLaughlin on 288 points.

The recently turned 27-year-old claimed a second-place finish and a win at the season-opening Adelaide 500.

Coulthard currently lies ninth in the standings after finishes of 10th and ninth and currently has 162 points to his name.