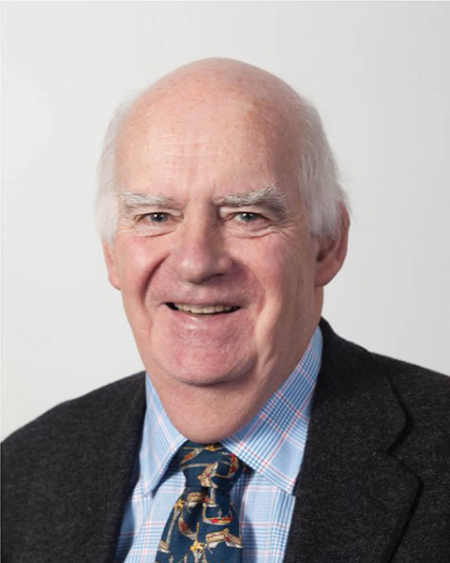 Benalla Auto Club has moved to pay tribute to Dr John Moran, the former Chief Medical Officer of Winton Motor Raceway who passed away on the weekend.

Dr Moran held the role at the rural Victorian circuit for two decades in conjunction with his work as a general practitioner in the border town of Wodonga.

He attended almost every major race meeting during his tenure at Winton and played a major role in improving medical response procedures at the track.

The obituary below has been provided by Winton’s media team.

Speedcafe.com extends its condolences to Dr Moran’s family and friends.

Dr John Moran could best be described as the ‘resident’ chief medical officer at Winton Motor Raceway over a 20-year period. He was vital to the venue, in providing both his own services and assisting the BAC to pull together larger medical teams when needed. He also fostered connections throughout Northeast Victoria which assisted Winton Motor Raceway for many years.

It is not an understatement to say that Dr John, in conjunction with Simon Maas and his RACESAFE team, revolutionised the medical response at Winton in the late 90’s, and Dr John became a fixture at Winton events, displaying enormous commitment as a motorsport doctor. Dr John was highly supportive of the practice of having a doctor quickly ‘on scene’ at a trackside incident, at a time when such a practice was revolutionary.

Dr John started assisting Winton as a ‘fill-in’ medical practitioner for the circuit, following a period of near impossibility to source doctors for race meetings in the 1990’s. However, following such uncertainty, Dr John committed to becoming the Chief Medical Officer from 1997 and was present at almost every major race meeting thereafter.

Over the years, Dr John took a hands-on approach at Winton; he became a sounding board and guide for all of the innovative and practical medical response protocols that were introduced to the sport. The circuit has thus enjoyed a very long period of stability, immense reliability and quality in the Chief Medical Officer services for race meetings.

Dr John made many firm friends at Winton and in the wider motorsport community, working willingly and effectively with management teams past and present. At the end of each race meeting, Dr John quietly disappeared back to Wodonga for his ‘real jobs’ – working as a GP in health administration, along with accident and emergency roles.

It will be for others within his profession to enlighten us more on his immense impact on the health services of the Border region. Winton management always knew he would be back at the start of the next race meeting, as Dr John was as reliable as an atomic timepiece.

Dr John Moran will be remembered for his kindly and cheery disposition, which he displayed to everyone. His care for, and treatment of, any competitor or member of the public who needed his medical expertise will also be sorely missed.

Our deepest sympathy and condolences are extended to Dr John’s family, colleagues and associates, from the Benalla Auto Club, Winton Raceway management, and all who knew him through Winton.

As time passes, we will all come to recognise and deeply appreciate Dr John’s expertise and commitment to well-tested innovation, which he brought to the on-site medical services at Winton Motor Raceway, over such a long period. Thank You Dr John.