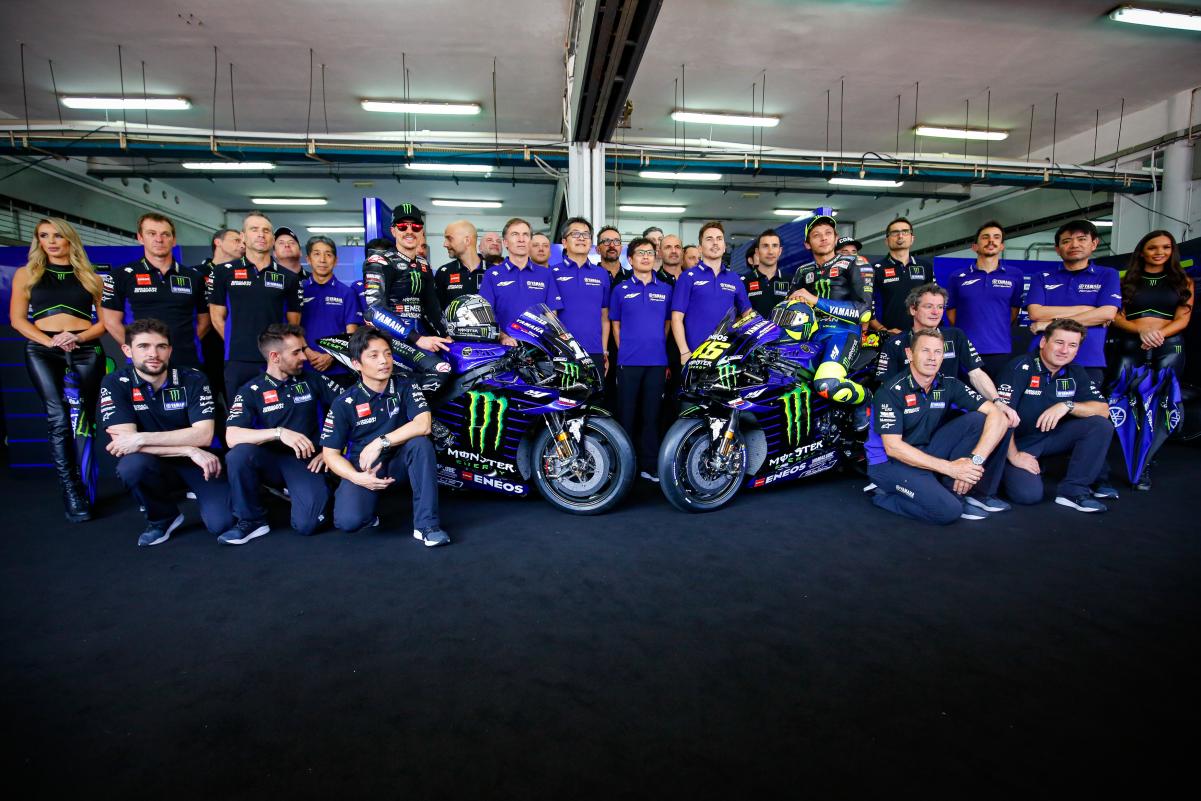 The Yamaha factory MotoGP team faces a major issue regarding the difficulty in getting Australian and Japanese crew members to Europe due to COVID-19.

It is now just a month before the championship assembles at Jerez in southern Spain for the opening two races, on July 19 and July 26, of a season still set to run to mid-November at least.

However, the timing and location of grands prix combined with travel restrictions in various nations leaves Yamaha and the other Japanese manufacturers with significant logistical problems.

The Monster Energy Yamaha MotoGP team includes Australians such as Alex Briggs, a mechanic for Valentino Rossi who is based near the town of Mullumbimby in Northern New South Wales.

“In our case, the Australians also come.

“At the moment, they cannot fly to Europe, even if they have done a test that certifies they are negative to the virus.

“For a few days now, however, Australia has allowed exceptions dictated by important reasons for professional purposes; therefore, we will send our request.”

Australian citizens and residents must currently request an exemption to leave the country, as the likes of FIA Formula 3 driver Oscar Piastri have done.

However, Jarvis pointed to the 90-day limit for non-European Union citizens to stay in the Schengen area, which is comprised of 26 European countries including all five currently due to host MotoGP this year (Spain, Czech Republic, Austria, Italy, France), as another stumbling block.

Japan currently requires those returning from a number of countries such as Italy to observe 14 days of quarantine, similar to Australia’s blanket rule.

As such, it would not be possible for Briggs, who would normally travel through Brisbane, to adhere to the 90-day Schengen limit without missing any races by returning home.

The Japanese engineers’ presence at various rounds would depend on how their schedules can be managed.

“No person from a non-EU state can spend more than 90 days in the Schengen area in a period of six months,” observed Jarvis.

“It is a condition in which perhaps a single person may be involved. But as a global company, we at Yamaha must scrupulously observe all laws. Therefore, we will not take any risks in this area.

According to Jarvis, that will be an issue for Honda and Suzuki as well, handing an advantage to Aprilia, Ducati, and KTM.

“We made it clear that we can only take part in the MotoGP races if a solution can be found,” said Jarvis.

“Our Japanese engineers, in particular, must be able to attend the Grand Prix. If they can’t come, we’re going to have a tough time running the races.

“If the Japanese cannot arrive, Honda and Suzuki are affected as well. This would clearly create a situation in which European MotoGP manufacturers would enjoy an unfair advantage because they can compete in full strength.

“Our fear is that our world championship participation would be significantly affected. It is therefore very important that this problem is solved.”