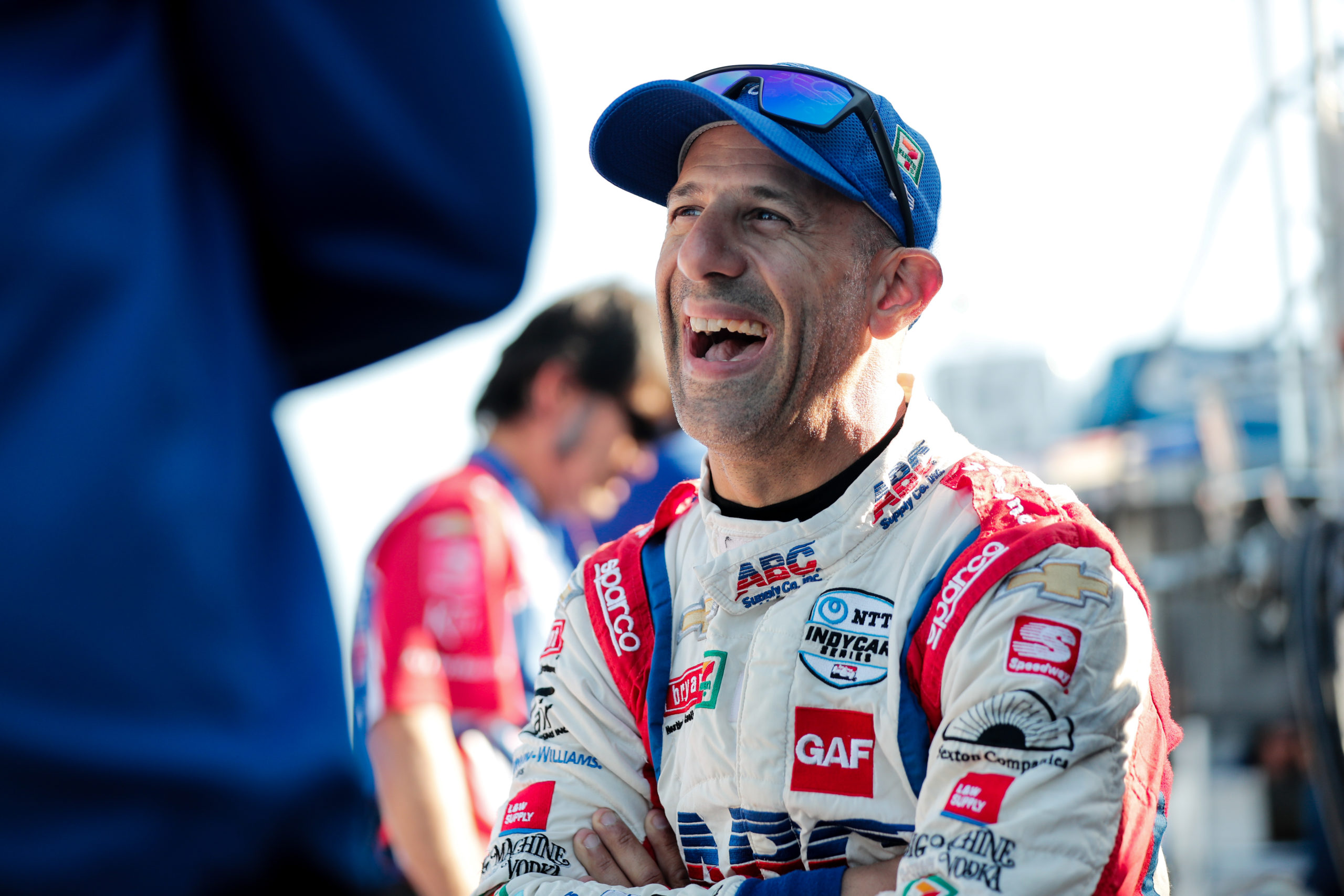 Tony Kanaan is keen to race in Supercars

In 2013 he was voted the Most Popular Driver and in the same year won the 97th edition of the Indianapolis 500 for KV Racing.

Kanaan will retire from IndyCar Series competition after 23 full seasons across CART and IndyCar.

Speaking on Supercars Sidetracked, Kanaan said he has post-IndyCar career ambitions including driving in the Virgin Australia Supercars Championship.

“I still have intentions to run (IndyCar) races here and there in the future, obviously the 500 will be the main goal,” said Kanaan.

“I think after 23 years, I’m 45 years old, the team, we lost our main sponsor last year, The team was struggling to find a full-time sponsorship so they had to get some drivers who brought money, they got a couple of guys to alternate cars.

“So I decided that before somebody makes the decision for me, I said ‘This will be my last full-time IndyCar season’.

“That will open up for me to do so many other things. I’m not ready to retire from racing by any means.

“There is plenty of things that I want to do. I’m kneeling on Neil (Crompton) to see if I can do some Supercars maybe one day. That’s something that I always wanted to do.

“There are a few opportunities in (IMSA).

“We have the record of most consecutive starts, a championship, my Indy 500. It was time for a change.”

Kanaan has previously come close to competing in Supercars.

He was announced initially to race alongside Jason Bargwanna at Brad Jones Racing in the 2011 edition of the Gold Coast 600.

However, he was a late withdrawal following the death of close friend Dan Wheldon, who was killed in the final race of the IndyCar Series at Las Vegas Motor Speedway.

Since then, opportunities haven’t been forthcoming and the international driver format for the Gold Coast 600 was scrapped after 2012.

“I was extremely sad when Dan passed and I couldn’t make it (to the Gold Coast,” said Kanaan.

“To be honest, now with this new iRacing simulator thing, I’ve been driving some V8 Supercars on my simulator and I’m getting … it’s really tough, I think it’s even tougher in real life.

“I would love to do it. I’ve always watched (Supercars). I’ve always followed it. It’s something that I would definitely give it a try if I had the opportunity.”

Racing for A. J. Foyt Enterprises, he claimed 10th in a race dominated by former team-mate Scott Dixon.

Kanaan will contest a partial campaign in 2020 that will see him contest a handful of oval races, including the Indianapolis 500.

“I have five ovals that I’m going to do this year, Texas was the first one that we’re going to do,” said Kanaan.

“And then I have actually a couple of other things going on, but since the pandemic started everything is up in the air right now.

“I had a couple of races I was going to do in (IMSA) but we’ll see how that’s going to go.

“I actually started doing some TV broadcasting, some Indy Lights races, I was going to be part of the IndyCar races too.

“That’s still going on so I’ll be pretty busy going to every IndyCar race to do that and watch those guys.”

Round 2 of the IndyCar Series takes place at Indianapolis Motorsport Speedway on July 4 on the road course.