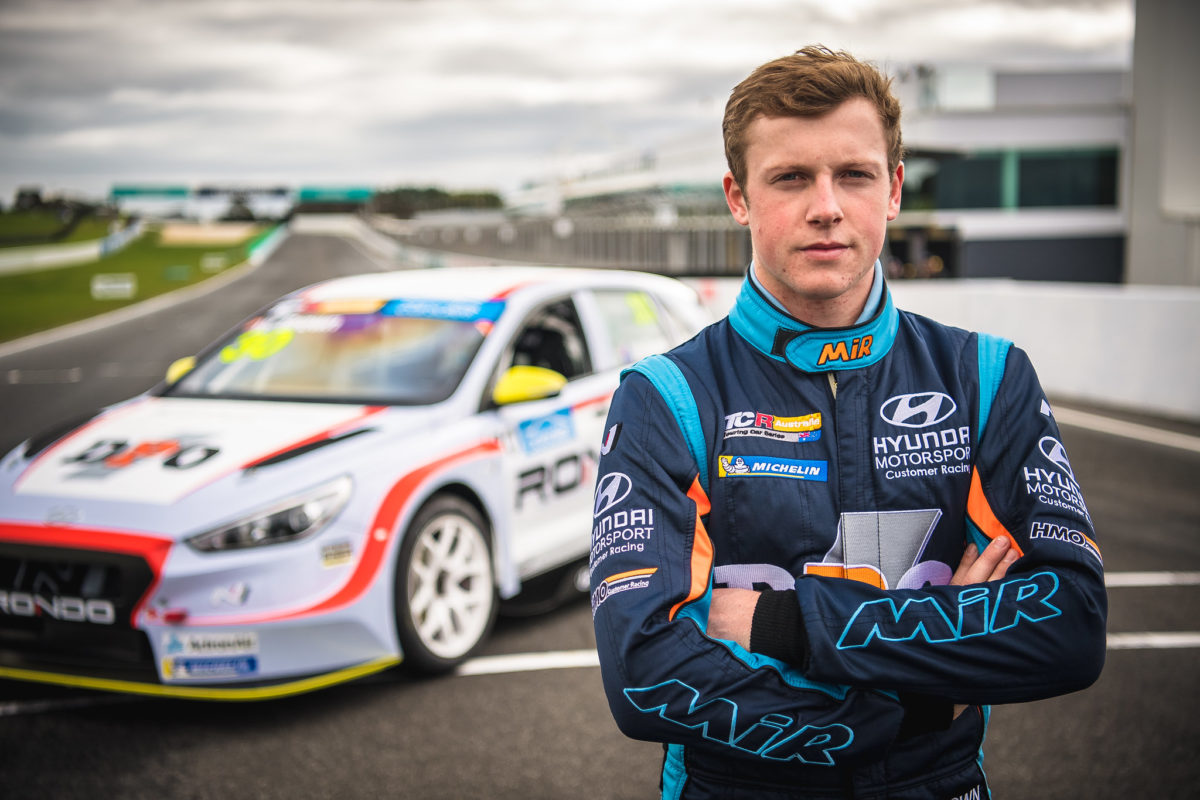 Will Brown has been named a member of the Hyundai Motorsport Customer Racing Junior Driver programme which aims to progress drivers into the World Touring Car Cup.

Brown won the inaugural TCR Australia series last year in an HMO Customer Racing i30 N TCR, and is back on the grid with the same squad in 2020.

He expressed a desire to dabble in World TCR after clinching the 2019 title with a round to spare, and will enjoy a link with Hyundai drivers from that series as a result of becoming one of its official juniors.

The programme will see Hyundai’s Customer Racing department provide support from its engineers, plus mentoring from the Korean marque’s four current WTCR drivers.

There will also be individual off-track advice regarding professional presentation and building a profile in motorsport.

“To be a part of the Hyundai Motorsport Customer Racing Junior Driver program is a great honour,” said Brown.

“I’m looking forward to getting back on track for HMO Customer Racing in 2020 to defend my title, and also take advantage of this fantastic program which is designed to create a pathway into WTCR.

“I can’t thank Hyundai Motorsport and HMO Customer Racing enough for this opportunity.”

Named alongside the 22-year-old Queenslander as new members of the circuit racing version programme are siblings Andreas and Jessica Bäckman, and Daniel Nagy.

The initiative was only introduced last year but has already seen Luca Engstler make the step up from the Junior Driver ranks to a full-time drive in WTCR when the 2020 season begins in September as per its revised calendar.

“After a very strong season as part of the initiative Luca Engstler has been able to move into a full-time ride in WTCR – FIA World Touring Car Cup this year.

“With the quality of those that have been selected for this season, I believe that all of them have the capability to race at the highest level.

“With the support of the Customer Racing department’s engineers and the mentoring of the current crop of WTCR drivers I am confident that we can add to the program’s success story.”

Barry Morcom, team owner at HMO, added, “Will has shown that he has all the hallmarks of a future star in WTCR.

“We’re thrilled that Hyundai Motorsport recognises his talent and is offering Will the opportunity to take his career to the international stage in the future.

“We look forward to seeing Will’s performance grow with the support of the Hyundai Motorsport Junior Driver program.”

Brown is already an Erebus junior in the Supercars realm, with a full-time seat in the Virgin Australia Supercars Championship waiting for him in 2021 after serving as co-driver for David Reynolds in this year’s Pirtek Enduro Cup.