Van Gisbergen fights through to win Eseries at Le Mans

Van Gisbergen fights through to win Eseries at Le Mans 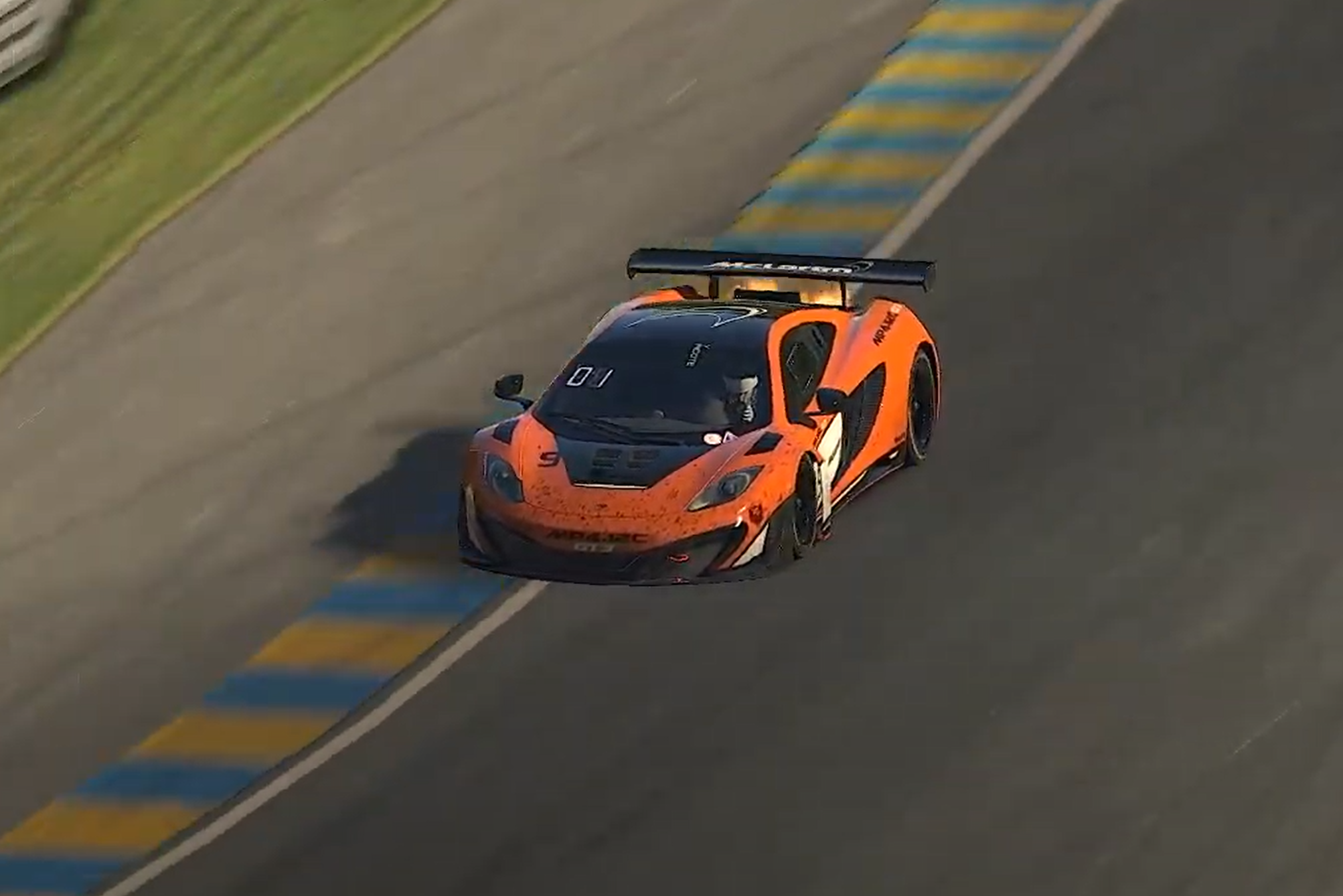 Shane van Gisbergen won Round 4 of the Speedcafe.com GT3 Eseries

On a weekend when the 24 Hours of Le Mans should have happened, Shane van Gisbergen has stormed to victory in the Speedcafe.com GT3 Eseries presented by Kincrome Tools at Circuit de la Sarthe.

The Red Bull Holden Racing Team driver began the race from the second row and battled with the likes of Jackson Souslin Harlow, Blake Purdie, and series leader Jobe Stewart.

The 31-year-old took the lead early on in the race and with 25 minutes completed took to the pit lane for his first stop.

A long pit stop meant van Gisbergen fell down the field and 30 seconds at the back end of the top 20.

Fortunately, a safety car intervention with an hour to go in the race allowed the Kiwi to bridge the gap to the leaders.

He soon charged his way through the pack and with superior straight-line speed found himself in the lead with 47 minutes remaining.

He soon amassed a five-second lead over Souslin Harlow, but made a mistake at Tertre Rouge and fell to third behind Jobe Stewart.

No sooner had he lost the positions and van Gisbergen charged back through, dispatching Stewart and then Souslin Harlow at the Porsche Curves.

Shortly thereafter Souslin Harlow pitted but took too much fuel for the final stint.

With 10 minutes remaining, van Gisbergen pitted and returned to the lead of the race with an insurmountable lead that eventually stretched to over 10 seconds.

In the end, van Gisbergen cruised across the line to claim outright honours ahead of Souslin Harlow and Erebus Academy driver Stewart.

For Souslin Harlow, it was an opportunity missed to fight for the lead having taken too much fuel.

However, the Sydneysider said he didn’t believe he could have kept pace with van Gisbergen in a straight fight.

“I definitely can’t complain, It was a good race, we put it on pole and that was good,” said Souslin Harlow.

“I felt I threw everything at it. I was probably overdriving it a bit. That McLaren was a rocketship tonight. With Shane driving it, it’s always going to be hard to beat.

“I threw everything at it. Got a couple of slowdowns, which was a big mistake of mine, but when you’re pushing that hard it’s very easy to get the slowdowns there.

“I probably should have saved a bit more fuel, but the strategy that I was going with, in a wheel to wheel race with Shane I wouldn’t have beat him.

“The McLaren was way too quick down the straights. He basically could just pass me around the outside.

“I had to beat him on outright pace, so I threw everything at it and tried getting away early, but that didn’t really work.

With his third podium in four races, Stewart extended his lead in the Eseries.

A mistake during the race saw him spin, but he was lucky to recover with a well-timed safety car intervention softening the blow of his error.

“It’s great to be back on the podium,” said Stewart.

“It was a pretty tough race the whole way, especially with this track there were a few tight moments in there. It was pretty fun throughout the whole race.

“I just touched the painted kerb and as soon as I got on the brakes I looped the car around,” he said of his mistake.

“Luckily, after that, there was a safety car so I was able to catch back up pretty quickly.”

With two rounds remaining in the competition, Stewart said he’s riding a wave of confidence heading into the penultimate round next weekend.

“I’m feeling pretty confident after that round,” he said.

“After Nurburgring, I was feeling a bit hesitant, but after his strong result, I’m feeling pretty confident now.”

Round 5 of the Eseries takes place at Daytona International Speedway on the part oval part road course layout on June 19.