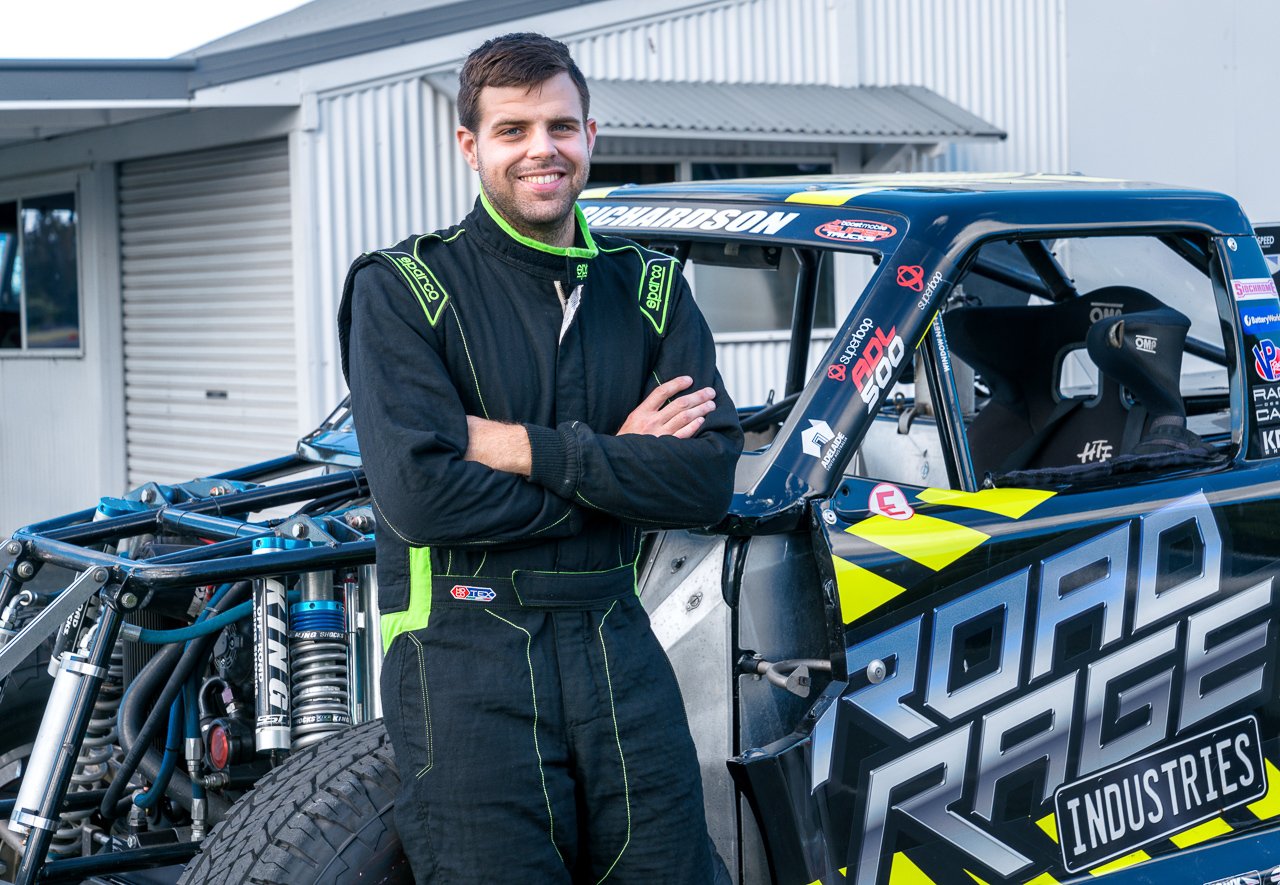 More accustomed to racing on dirt than asphalt, Casey has been racing off-road for over 10 years, competing in winch challenges before stepping up to extreme off-road events.

However, his interest in the Stadium Super Trucks series piqued when he attended the Adelaide 500 and saw the high flying four-wheel-drive machines in person.

“I went in 2015 and I think it was one of the first times they were here in Australia, and I said to my partner ‘Yeah, I really want to drive one of them one day’,” Casey told Speedcafe.com.

“I reckoned I could do that and five years later I’ve finally got behind the wheel of one.

“They’re unreal, so cool, so compact. Because they’re smaller than most trucks you know where your wheels are and they’re an awesome thing to drive, really well built.”

“Paul was pretty happy with how it all went and has been encouraging me to try and get behind the wheel and race one now. Now I’ve just got to get the funds.

His first experience on the asphalt was an eye-opener, jumping into a left-hand-drive vehicle for the first time.

“The steering is pretty different,” he said.

“It’s a lot more twitchy and they’re very responsive. You’ve got to have a very different driving style.

“You can’t steer with the rear, you’ve got to brake the car, turn it, and accelerate. You can’t use oversteer so much otherwise you’ll get out of control pretty badly.

“It requires a different technique to what I would normally do in off-road racing so to speak.”

Casey is now in the process of seeking sponsorship to facilitate a drive in the series.

The resumption of the Stadium Super Trucks hasn’t been confirmed as yet due to the ongoing coronavirus pandemic.