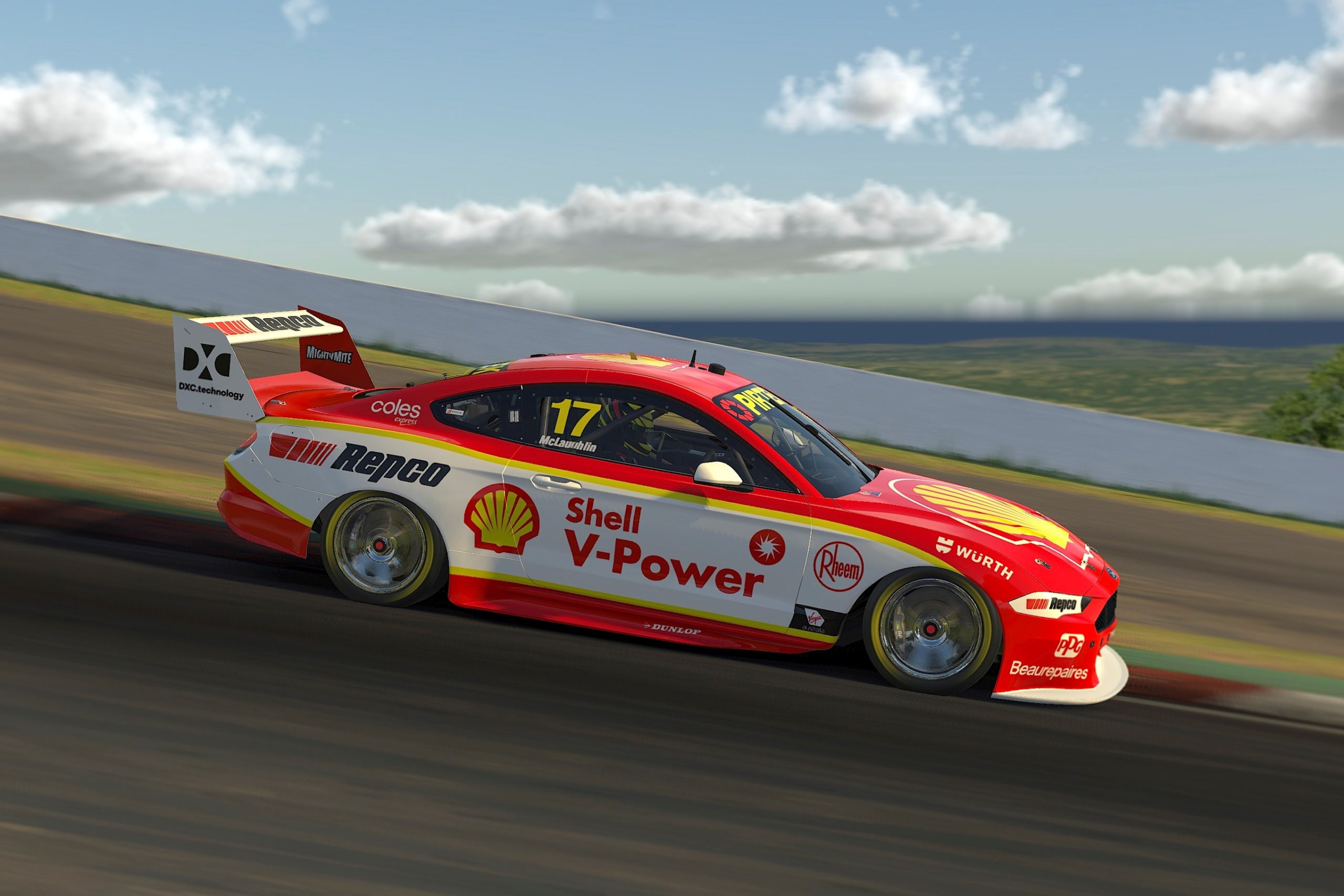 Scott McLaughlin has commended Supercars for its Eseries

In what was a tightly contested affair, the title fight went down to the final race of the season, but McLaughlin was caught up in incidents that meant he couldn’t mount a challenge.

The recently turned 27-year-old said he’s looking forward to the resumption of the Virgin Australia Supercars Championship, but enjoyed the online competition.

“As much as I’ve loved every second of it, I won’t lie, the last few weeks have been a grind,” McLaughlin wrote in his latest Scott’s Corner blog.

“Now I’m looking forward to steering well clear of the sim and my spare room to focus on my real job, racing the Shell V-Power Racing Team Ford Mustang in a few weeks.

“Having said that, I do want to commend the guys and girls behind the Supercars All Stars Eseries who have done an unbelievable job.

“It’s been phenomenal really, while a pandemic has been shutting down the world and pretty much every single sporting competition, we’ve been able to keep racing, keep looking after our sponsors, and perhaps most importantly, keep our fans engaged with weekly events.”

Throughout the coronavirus-induced pause in real-world racing, McLaughlin raced in the IndyCar iRacing Challenge where he won two races for Team Penske.

The Kiwi said his win at Indianapolis was a particular highlight for the New Zealander, who was set to race at the hallowed ground this year before the pandemic struck.

“Virtual racing has been such a fun thing to focus on during the past few months,” he said.

“For me, the highlights were being in contention throughout the entire Supercars series, and also the success we had during the IndyCar iRacing Challenge.

“To be a Penske driver and to win at Indianapolis was totally cool, and to be the top points scorer in the Indy series is a really awesome thing.

“Having said that my wife, Karly, will be most relieved for the sim to sit silent for a while now as we get back in the workshop and get set for SMP at the end of the month.

“We all can’t wait to get back racing at the track, it will be just so weird to do it without any fans.

“I must say I have found it so awkward watching the footy codes back with not a soul in the stands.

“It is great to see the boys all back in the shop – I’m looking forward to hopping back in the #17 Mustang again – it feels like an eternity since Albert Park.”