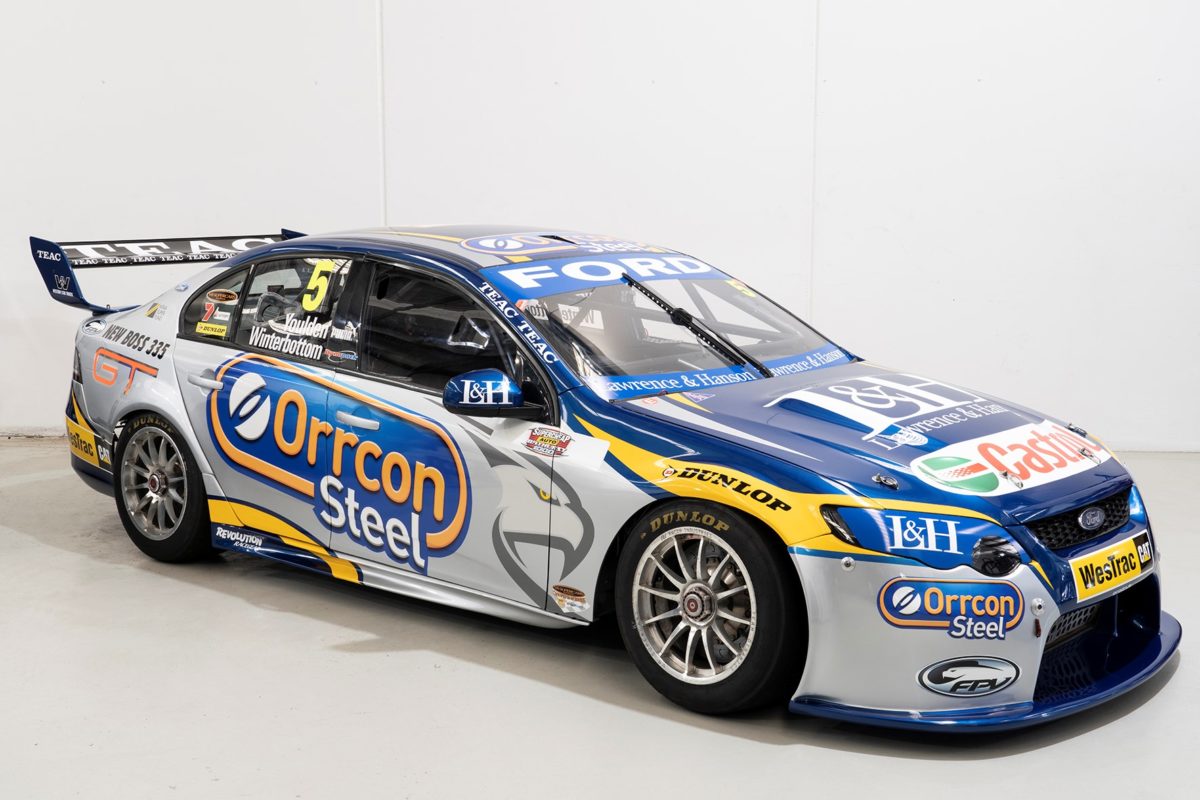 The Ford Falcon which Mark Winterbottom put on pole position for the 2010 Supercheap Auto Bathurst 1000 has been restored by MW Motorsport.

FPR809 debuted in the 2010 season-opener when what was then known as the V8 Supercars Championship made its first visit to the Yas Marina Circuit in Abu Dhabi.

Winterbottom drove the Ford Performance Racing (now Tickford Racing) FG to three race wins over the course of the campaign and was a contender for the championship until the finale at Sydney Olympic Park.

While the Bathurst pole is an obvious highlight, FPR809 might be best known the role it played in one of the more remarkable moments in Supercars history, on the second-last day of the 2010 season.

Winterbottom was leading the race from title rivals Jamie Whincup and James Courtney on Lap 60 of a scheduled 74 when the trio went into the wall simultaneously as rain poured over Homebush Bay.

‘Frosty’ would win the championship five years later while the once Orrcon Steel-sponsored car was taken by Tyler Everingham to the 2018 Kumho Tyre V8 Touring Car Series title as an MWM entry.

The downtime caused by the COVID-19 pandemic has given MWM time to complete the restoration.

“It’s been something we’ve been wanting to do for some time, but we’ve been racing them, and just as a team always been too busy racing, not so much restoring,” team owner Matthew White told Speedcafe.com.

“We just thought we had a bit of time, we’re not racing, the car had some good history there and had some good success, and it was a pretty sharp livery.”

The specific version of the livery is that from the 2010 Supercheap Auto Bathurst 1000, when Winterbottom and Luke Youlden managed to salvage ninth despite the latter thumping the wall on Lap 71 due to a delaminating tyre.

Youlden had not long dropped two spots from an on-merit third when the back of the Falcon stepped out at The Cutting, leading initially to a hit in the right-rear corner and then a glance at the front end.

Car #5 dropped to 23rd due to the pit stop which the incident necessitated but somehow lasted for the remaining 90 laps, albeit with bent steering.

FPR809 came into MWM’s possession in time for the 2012 Dunlop Super2 Series, during which Youlden drove it again for the final two rounds, and White is not necessarily set to part with it despite the recent work.

“At the end of the day, we just wanted something in the workshop that looked nice, that we walk past every day, and if someone offers the right money, I’d sell it,” he explained.

“If not, we’ll hang onto it and keep it as part of the collection because it’s done a lot of racing with us.” 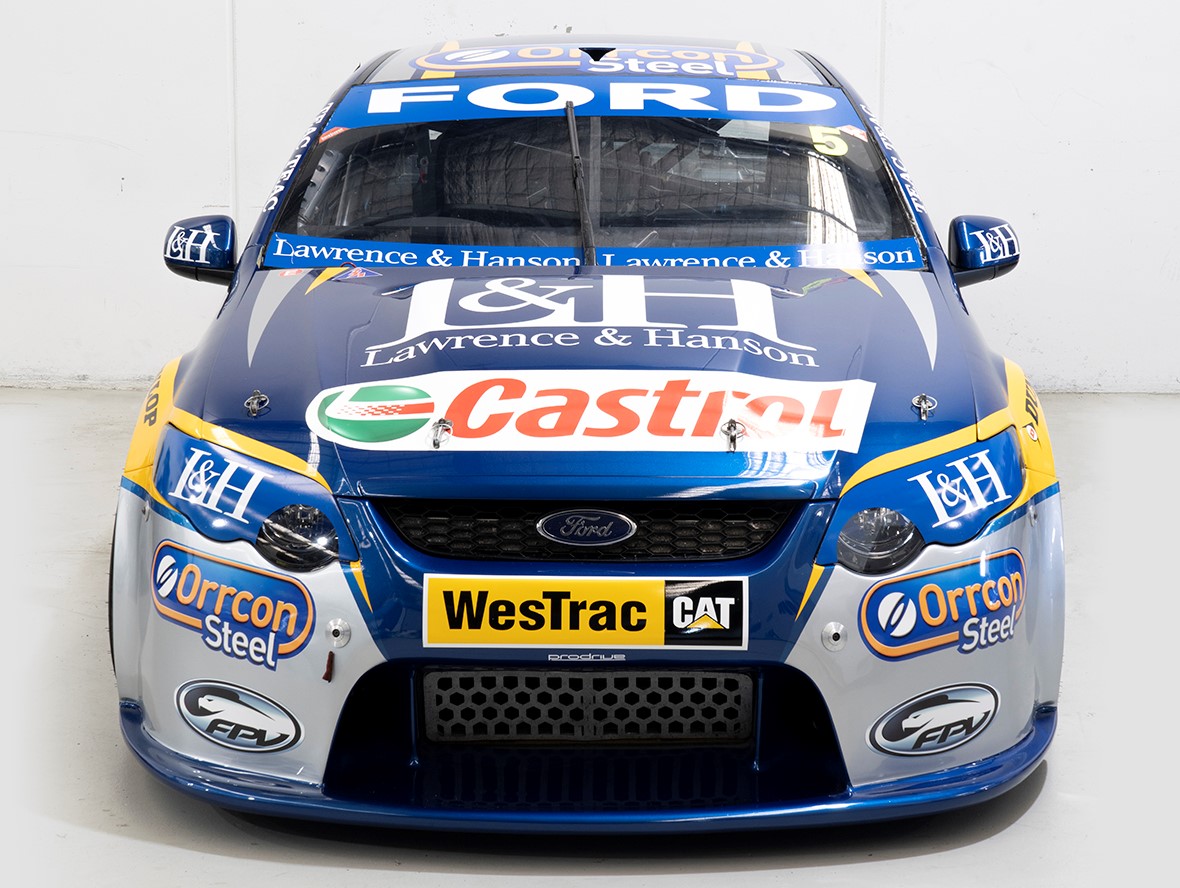 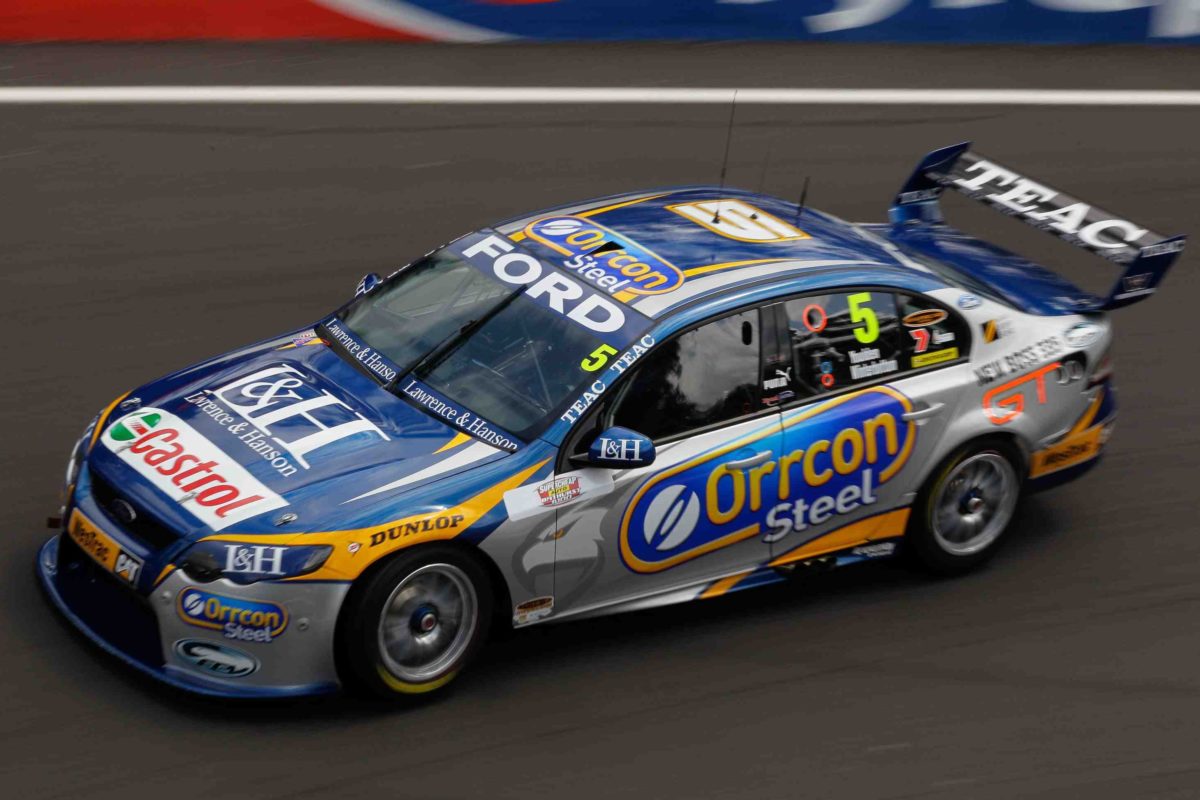