Sporting events set to open to crowds from July

Sporting events set to open to crowds from July 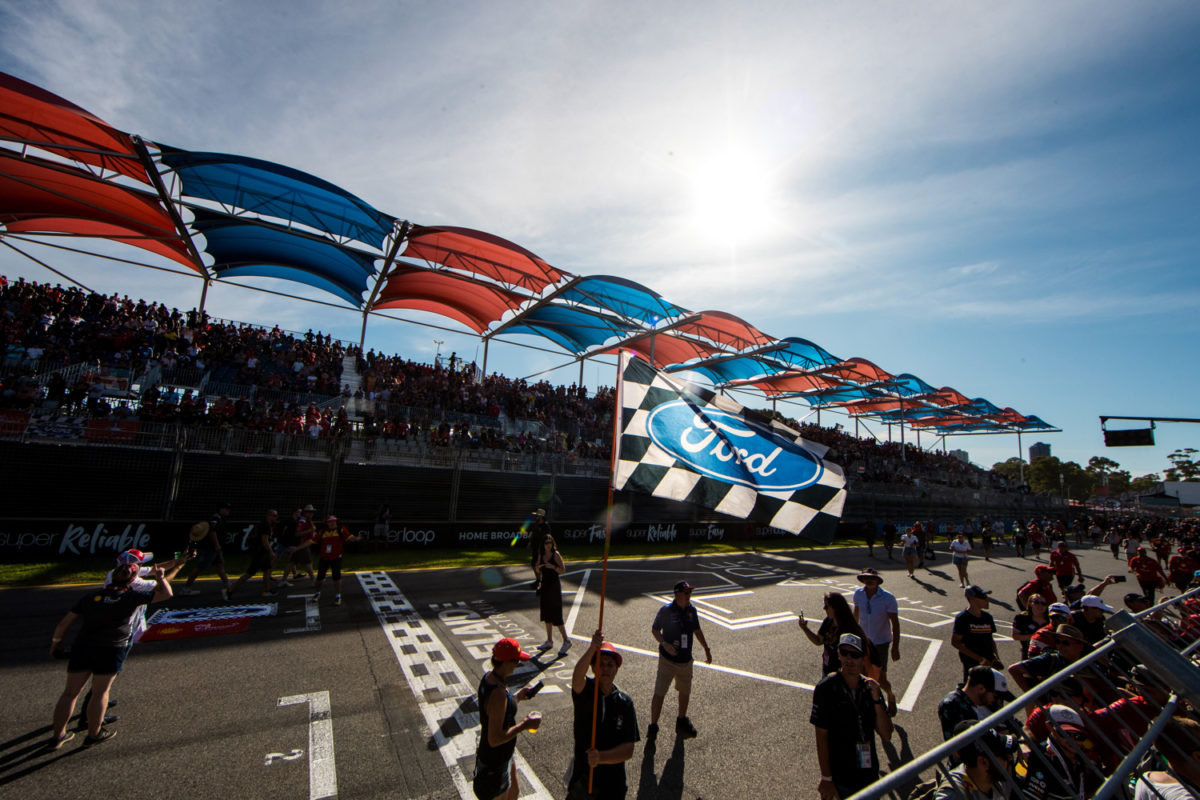 Spectators at the 2020 Superloop Adelaide 500

Up to 10,000 spectators will be allowed into sporting events in Australia, Prime Minister Scott Morrison has announced, from a point expected to be sometime in July.

Meanwhile, South Australia has announced that it will open its borders on July 20, while Queensland has indicated a possible July 10 opening despite Premier Annastacia Palaszczuk previously hinting that it could be closed to non-residents until as late as September.

On sporting events, National Cabinet has agreed that venues capable of holding up to 40,000 people will be allowed to admit spectators up to 25 percent of capacity.

However, those events must be ticketed and seated, somewhat similar to arrangements which currently apply in licenced venues and restaurants.

The rules would take effect when ‘Step 3’ of the removal of restrictions takes effect, which is set to occur at some point in July.

That timeline, however, is at the discretion of the states and territories.

“For outdoor organised events, sporting (or) cultural, we will be moving, as part of Step 3, for events in stadia or other venues of that nature with a capacity of 40,000 or less, to enable attendance at those events, which are ticketed and are seated – and all the social distancing rules apply – for up to 25 percent of the capacity of those venues to take patrons,” said Prime Minister Morrison.

“There will be further work done over the next fortnight.

“This is not something that’s happening straight away; this is something that would be happening as part of Step 3, where states and territories choose to move to that, and it will require a bit more work, so that’s in July, but we have to give venues and others time to prepare for that sort of change, and I think that would be welcome.”

Larger venues would have to apply for special permission to allow spectators, but are considered problematic due to the flow-on effects on egress and public transport utilisation.

“What we’re saying right now, right now, is if it is a smaller stadiums, less than 40,000, in Step 3,” added Prime Minister Morrison.

“For the larger ones I would venture that it would be the subject of a discrete approval for each venue that would be worked out with the Chief Health Officer in each state or territory.

“The purpose of me making this today is so sporting codes, venues, state and territory governments, can engage in appropriate discussion, know broadly what the parameters are which the National Cabinet has set.

“It means that people will be able to watch the games, not as cardboard cutouts, but in person, should they be fortunate enough to get one of those seats.”

Social distancing would still have to be observed in any case.

How the new rules might apply to motor racing venues, where much of the spectating area is unseated and what seating exists is not necessarily allocated any more specifically than to the grandstand, is unclear.

SA Premier Steven Marshall has confirmed that his state will open its borders on July 20, having imposed a 14-day quarantine requirement on all non-essential travellers from late-March.

In Queensland, Deputy Premier Steven Miles stated earlier today, “We’ve said very consistently from when we released the roadmap that we would review the borders at the end of June and that, if it was safe to do so, we would relax those restrictions on 10 July.

“Nothing has changed about that.”

At present, only residents and ‘exempt persons’ are allowed into the Sunshine State, and must quarantine themselves for 14 days if they are arriving from a designated COVID-19 ‘hotspot’.

The closure is due to be formally reviewed again at the end of this month.

Supercars is due to visit Townsville, in the state’s north, on August 29-30, with Mayor Jenny Hill previously telling Speedcafe.com that the city would be willing to host the championship even if crowds were not allowed.