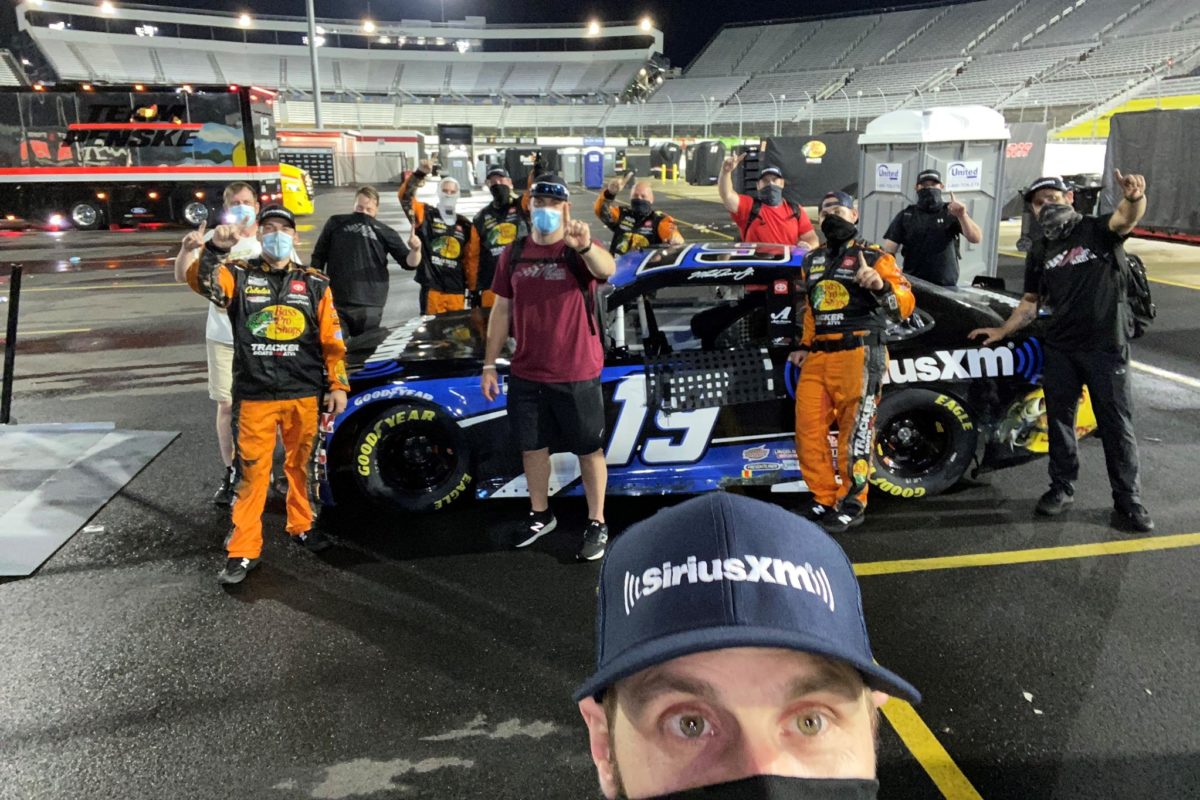 Small racked up the honour when Martin Truex Jnr claimed his first victory of the season in NASCAR’s first visit to Martinsville Speedway for 2020.

It came in his seventh year in the United States and first as crew chief of the #19 Joe Gibbs Racing Toyota, after predecessor Cole Pearn opted to step away at the end of the last season.

James Small, son of the highly respected Les, won the Bathurst 1000 in his final year in Australia, as engineer to Mark Winterbottom at Ford Performance Racing (Tickford Racing).

However, the road to that Wednesday night at the short track of Martinsville has now usurped the Great Race triumph in his eyes.

“For me, this is definitely the number one,” Small told Speedcafe.com.

“Bathurst was an amazing thing but just the sheer fact of moving over here and going through everything for the last seven years, that’s been an incredibly difficult journey.

“It’s hard to explain how difficult it is to win a race in the Cup Series.

“There are 40 cars every week and you might not win a race the whole year – it’s just the way things fall in this style of racing – so this definitely takes the cake as far as I’m concerned.”

While Truex Jnr dominated the corresponding race of 2019, he and the #19 crew had to dig deep to salvage such a result after a penalty for a commitment line violation.

After the 2017 champion went down the inside of Brad Keselowski to take the lead on Lap 370, he was not headed for the 130 laps which remained.

The manner of winning was consistent, in a sense, with Truex Jnr’s season to date.

Even then, third that Sunday was his best finish of the season until he took the chequered flag at Martinsville, a result which has Truex Jnr safely into the playoffs for a sixth year straight.

“To be honest, it’s a huge relief,” remarked Small of his feelings shortly after the race.

“We’ve been going really good this year and not a lot of things have gone our way, which has hurt our overall finishing position.

“It’s a relief to finally get this checked off and now we can just go and relax a little, knowing that we’re locked in the Chase now and we’re in a really good position.

“We can just concentrate on building our bonus points tally for the end of the year.”

Pearn had been enthusiastic in his endorsement of Small’s promotion when it was announced in late-2019, and was colourful in his praise on social media in the hours following the Martinsville chequered flag.

“I know @james_small can’t say it but for anyone that was doubting him and @MartinTruex_Jr and this team can suck it!” he wrote.

Said Small, “That means a lot.

“He’s been a huge part of my career and I’ve learned a lot from him.

“There have been a lot of people that have been in my corner and been super supportive, and I’m just glad that I’ve been able to repay their faith in me, so that’s one big thing.”

Truex Jnr is now fourth on the points table, and sixth on projected playoff standings, on the way to the 12th race of the season proper this Sunday (local time) at Homestead-Miami Speedway.