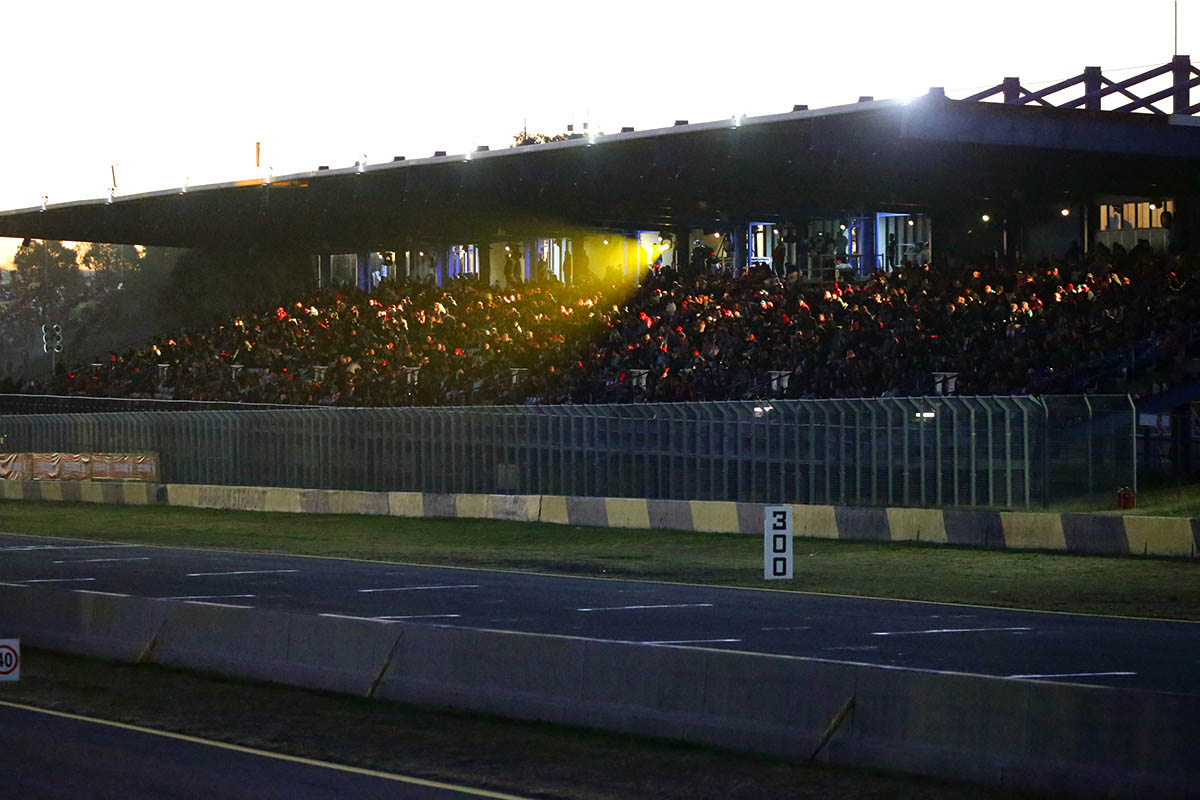 Venues capable of holding up to 40,000 people will be allowed to admit spectators up to 25 percent of capacity (ie up to 10,000 people), Prime Minister Scott Morrison announced today.

The rules would likely take effect during July, although it is the states and territories which have ultimate authority to decide on such matters.

The announcement follows the recent return of activities such as track days, testing, and khanacross, in various parts of the country, in conjunction with Motorsport Australia’s ‘Return To Race’ strategy.

Circuit racing is also on its way back with an event sanctioned by the non-Motorsport Australia affiliated Australian Auto Sport Alliance taking place at Sydney Motorsport Park this weekend, without spectators.

How the new crowd limits would apply to motorsport is not yet clear, given that many venues/events operate largely on a general admission basis and have little allocated seating.

Nevertheless, Arocca is upbeat about the gradual relaxation of restrictions having a positive impact.

“Motorsport is certainly a non-contact, spread out sport, no matter the discipline, so we have already seen with the events held in recent weeks that social distancing is very much achievable, particularly at the grassroots level,” he said.

“The Motorsport Australia sanctioned events that have been held are doing a fantastic job at ensuring participants, officials and event organisers are kept safe thanks to the detailed plans we have in place through our Return To Race strategy.

“While today’s announcements on crowd numbers are more clear for traditional stadium sports, we’re confident that given our hard work behind the scenes, motorsport can enjoy the benefits of the relaxed restrictions in a safe and sustainable way in the coming weeks and months.

“Both myself and our hard working Motorsport Australia staff are in regular dialogue with all levels of government and we will continue to provide advice to our members and clubs about how these restrictions will apply to motorsport, including understanding how crowds at events such as the Shannons Motorsport Australia Championships and the Virgin Australia Supercars Championship can return as soon as possible.

“We must ensure that we do things properly, in consultation with all levels of government, and do not risk any outbreaks at events.

“The detail in Return To Race and the issuing of permits is being done with the utmost care for not only everyone involved in the sport, but also for the entire community.”

Supercars races once in July, namely at the Truck Assist Winton event in rural Victoria, while the Shannons Motorsport Australia Championships kicks off at Sydney Motorsport Park on August 15-16.

The Virgin Australia Supercars Championship is set to restart at Sydney Motorsport Park on June 27-28, with strict personnel limits and no fans.