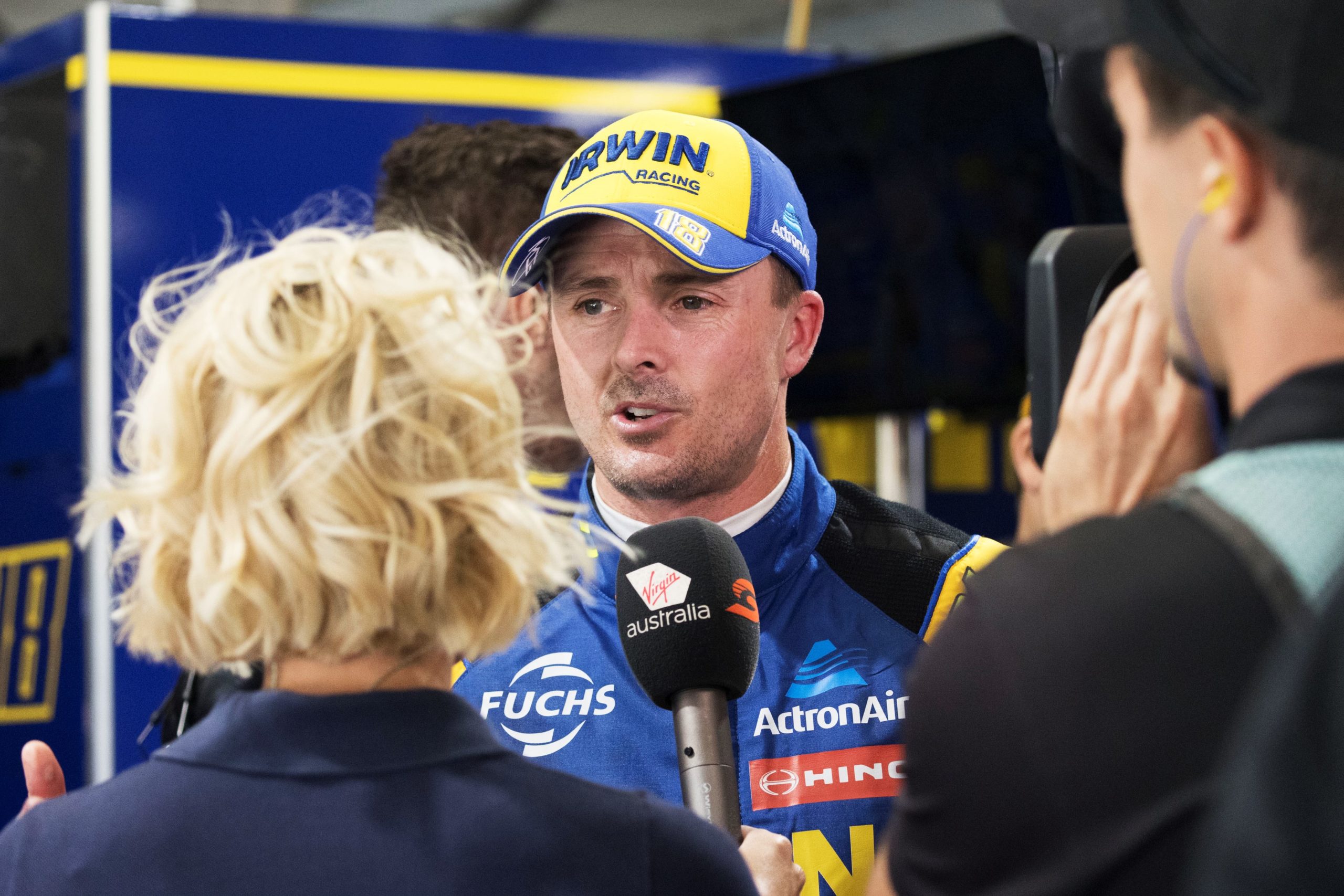 Mark Winterbottom is “desperate” to return to real-world racing

Irwin Racing driver Mark Winterbottom is keen to carry his Adelaide and Melbourne momentum into a strong restart to the Supercars season.

The 39-year-old lies eighth in the standings with finishes of eighth and 11th in the opening two races of the season at the Adelaide 500.

“I felt like we had good momentum going into the break and we were making some good progress as a team,” said Winterbottom.

“So we have an opportunity here to continue that trend and get some solid results for Irwin Racing and Team 18 when we hit the track again.”

Since the season was put on hold in mid-March, Winterbottom has taken part in the BP Supercars All Stars Eseries.

While the 10-week competition has kept his eye in, the 2015 champion said he’s eager to get back on track.

“The All Stars ESeries filled a gap of motorsport which we were all starving for but I’m desperate to get back in a real race car and hit the track again,” he said.

“The countdown has already begun for our return at Sydney Motorsport Park at the end of the month.”

Amid social distancing restrictions set to be put in place at the Sydney SuperSprint and future rounds, Winterbottom said he’s interested to see what impact that has on the event.

“I have been to the workshop this week and the cars are basically prepared and ready to go,” said Winterbottom.

“As a team we are planning on how we will adapt to the personnel and rule changes that will be in place for the first event in Sydney.”

The Virgin Australia Supercars Championship resumes with the Sydney SuperSprint on June 27-28.