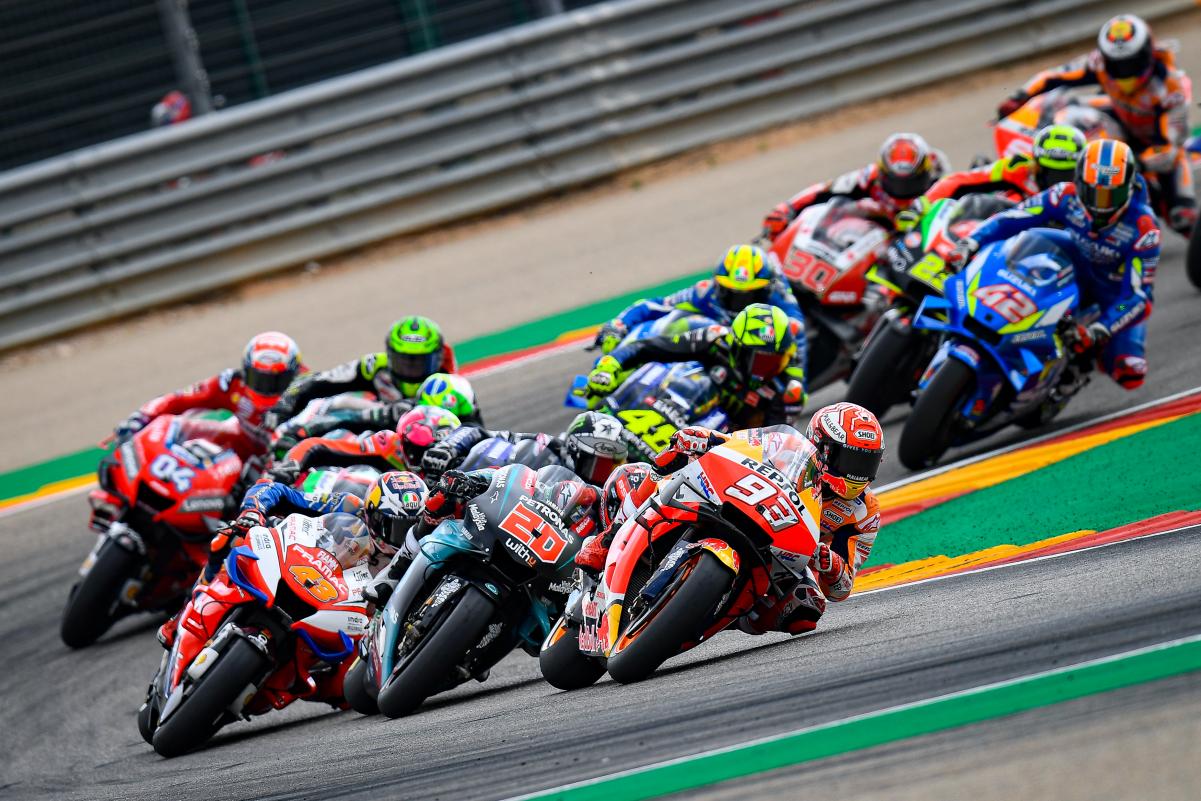 Rounds in the United States, Argentina, Thailand, and Malaysia are listed with no dates, although Dorna has stated that none will be held after December 13.

Furthermore, the season will be comprised of no more than 17 race weekends, including the Qatar Grand Prix which saw only Moto2 and Moto3 kick off in March.

As such, if all European events go ahead, at least one of the four flyaways will be dropped.

Those Asian and American rounds are to be confirmed no later than July 31, and all 17 which provisionally remain are also subject to “evolution of the pandemic and the approval of the corresponding Governments and authorities.”

As per the already announced proposal, the premier class season will commence with back-to-back grands prix at Jerez on July 19 and July 26.

Three blocks of three races in as many consecutive weekends follow, the first with the Czech Grand Prix at Brno on August 9, and the Austrian and Styria Grands Prix at the Red Bull Ring on August 16 and August 23.

After two weekends off, Misano similarly plays host on its original date, of September 13, and the following Sunday, with Catalunya on September 27.

The French Grand Prix at Le Mans will take place on October 11, followed by races at Aragon on the weekends immediately after.

Only four more weekends are available for the maximum three rounds which would take place thereafter.