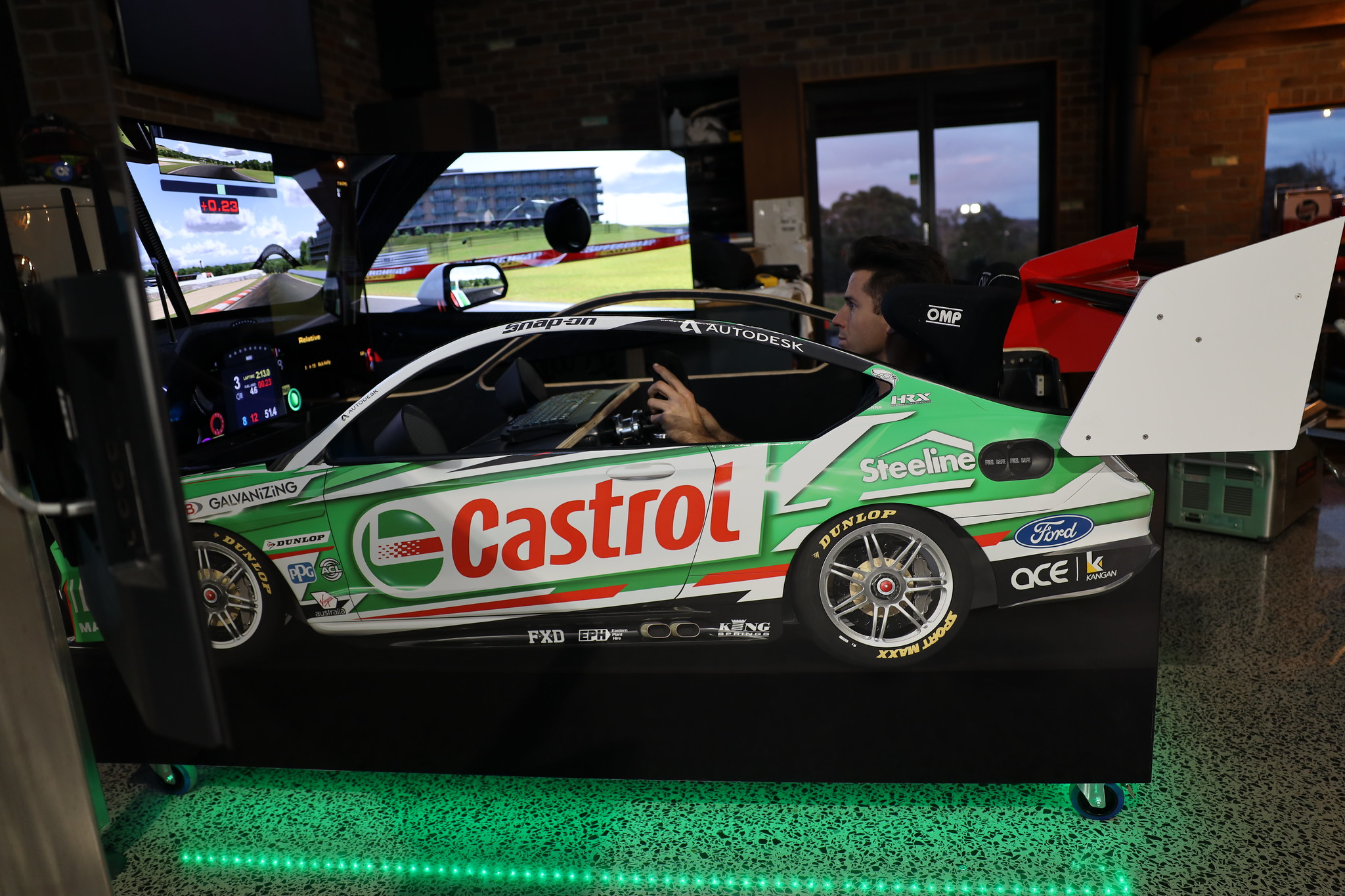 Rick Kelly is taking enquiries for his custom-built Ford Mustang ‘SuperSim’ following the completion of the BP Supercars All Stars Eseries.

Kelly capped off the Eseries with finishes of 24th at Oran Park Raceway and 28th at Mount Panorama Motor Racing Circuit.

The 10-week Eseries was as much about the simulator build as it was about the online racing.

Kelly began with a camping chair bolted to a custom made wooden frame sporting an entry-level racing wheel.

In the weeks that followed, Kelly acquired a high-performance computer, top of the line wheel and pedals, and three 55-inch monitors.

Kelly finished off the build with a silhouette body around a real race seat as well as a replica rear wing.

The two-time Supercheap Auto Bathurst 1000 winner jokingly described the simulator in a Facebook post as “always garaged” but “been in a few serious accidents”.

“Well the sim is up for sale now,” said Kelly.

“But in all seriousness, I really didn’t know what to expect when we started the Eseries, whether anyone would watch it or enjoy it, but it’s been a big surprise and a big success.

“Supercars put on an incredible show and did such a good job to produce something of that quality in a short period of time and give the fans and sponsors something to engage with.”

Kelly said he struggled throughout the competition but enjoyed the process of building the simulator with his son.

“From the driving point of view, I wasn’t very good but definitely improved as the series went on.

“The second simulator was a big upgrade and building it with the help of my son was probably my highlight of the last 10 week’s.

“Now our full focus is on the return to racing in a few week’s time, I absolutely can’t wait to get back on the real race track at Sydney.”

Kelly will return to the track on June 27-28 at Sydney Motorsport Park with the resumption of the Virgin Australia Supercars Championship season.

For Sale: Ford Mustang SuperSim (2019 aero package), one owner (all the gear and no idea), always garaged, been in a few serious accidents. Enquire within….