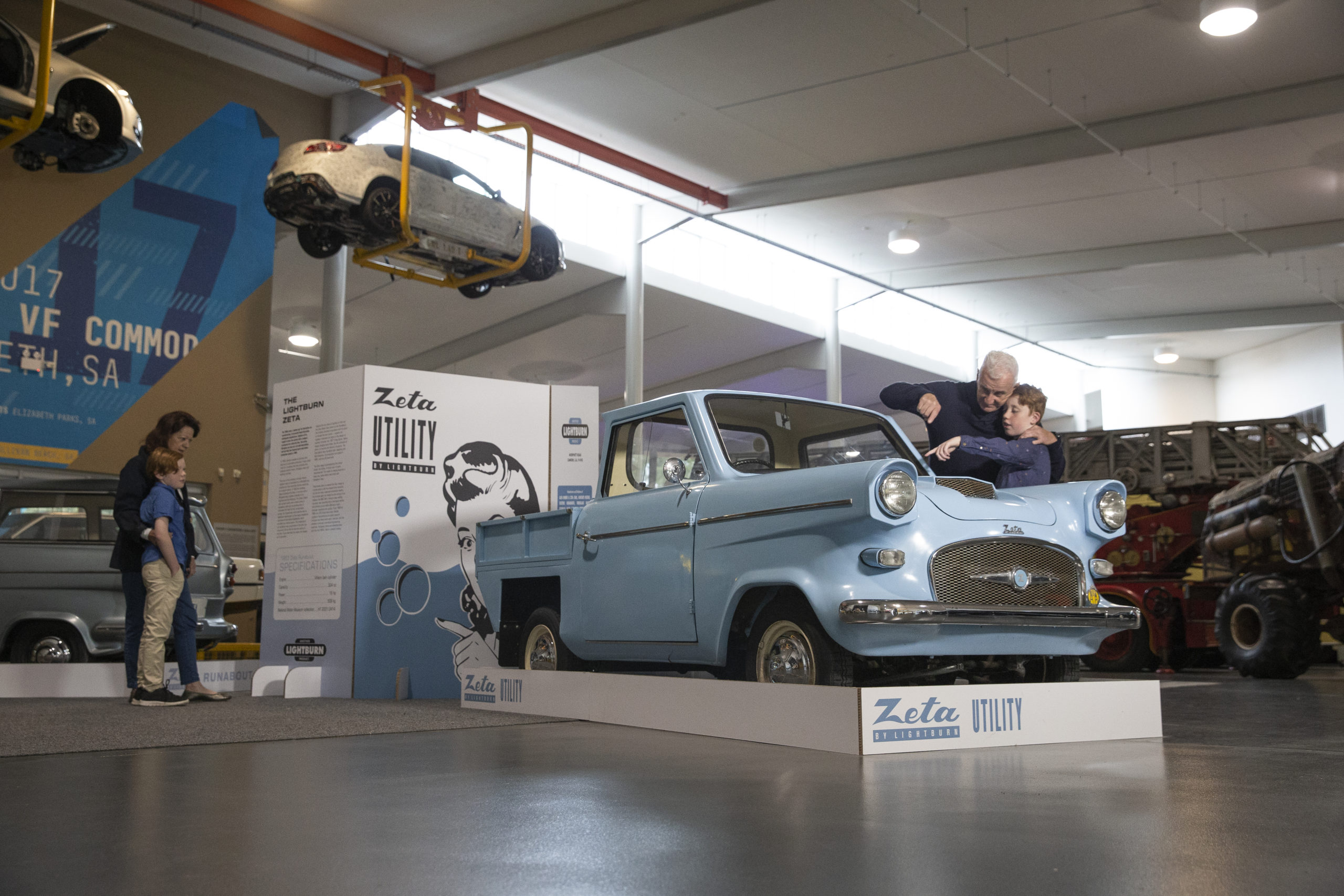 As Australia slowly makes its way out of COVID-19 lockdown, there is a chance for ‘Bucket List’ items to be ticked off the list.

The National Motor Museum in the Adelaide Hills of South Australia has led the charge back into business this week, although on a limited operating schedule of two-hour sessions from 10:00 to 15:00 with all the now-familiar safety processes in place.

While the museum will obviously get back to normal 10:00-17:00 hours seven days a week, you wonder what the museum’s founder Jack Kaines would have thought about the recent pandemic the world has endured.

A retired schoolteacher and veteran of both World Wars, Kaines had been a motorcycle dispatch rider in the First World War and by the time of his retirement had amassed a large collection of motorbikes.

On a ride through the Adelaide Hills he came across the abandoned Birdwood Mill and decided to buy it as a cheap place in which to store his collection.

Len Vigar, a fellow motoring enthusiast and former pupil of Jack’s, bought a share in the building and added a number of historic cars to the Mill’s contents.

Several local residents convinced Jack and Len to open the Mill to the public and In 1965 the ‘Birdwood Mill Museum’ was officially opened and was acquired by the South Australian government in 1976 and renamed the National Motor Museum.

Since then, its mission has been to collect, research and display Australia’s rich motoring history and culture. It now holds the most significant public collection of historic Australian vehicles and motoring objects, as well as an internationally important motoring library.

At the heart of the museum is the Sunburnt Country exhibition which not only includes several landmark vehicles, but has a terrific focus on some of Australia’s most legendary, innovative people and their journeys.

The exhibit includes the hand-built 1899 Shearer Steam Carriage, one of Australia’s very first vehicles, a 1908 Talbot Tourer that completed the first transcontinental crossing of Australia and the faithful 1936 Leyland Badger that enabled the legendary South Australian ‘Mailman of the Outback’, Tom Kruse, to deliver mail to rural communities.

This exhibition looks back over the history of automobiles in Australia from the Ohlmeyer ‘Jigger’, hand-built by a South Australian jeweler, to the Holden 48-215, the very first Holden off the production line, to the family cars built by Ford, Holden and Mitsubishi in the 1960s, 70s and 80s.

A recreation of the assembly line from Holden’s Elizabeth factory, complete with C-carriers holding vehicles in various stages of assembly, hangs above the exhibition. The final car of the assembly line is a VF Commodore signed by hundreds of Holden staff prior to the closing of the factory.

Other displays include the award-winning The Game Engine: Digital Legends, an exhibition that looks at the relationship between and history of motoring and video gaming (with over 10 playable games including the legendary Daytona USA).
Alice Anderson’s Motor Service tells the story of Australia’s first female garage owner, whose business was established in the Melbourne suburb of Kew in 1919.

Despite being just 21 at the time, Anderson’s business boomed and her ambition was to turn garage work into a suitable profession for women.

The are approximately 350 vehicles on display in the Museum are many other highlights, including the 1929 Chamberlain Eight (one of Australia’s most interesting Grand Prix cars), a Chrysler E38 Charger from the 1971 Bathurst, a decadent and rare 1932 Delage D8S, an armoured 1991 Holden Caprice used by Australian Prime Minister Paul Keating and the only complete collection of Lightburn Zetas, a South Australian microcar with sedan, sports and utility variants.

Some 100 motorcycles on display include a Benelli ridden by Australian world champion Kel Carruthers, a 1946 Indian Chief and museum founder Jack Kaines’s Brough Superior, as well as Harley Davidsons, Hondas, Vincents and Ducatis.

The National Motor Museum hosts many car club and social events during the year, with the highlight being the yearly Bay to Birdwood, one of the world’s great historic motoring events which attracts almost 1750 vehicles and thousands of spectators.

The event is still scheduled to be held this year on September 27 and will be celebrating its 40th anniversary – You can head to baytobirdwood.com.au for more information.

The National Motor Museum is about an hour from the heart of Adelaide, which means a “Bucket List” trip could be planned around a few of the area’s other attractions, including some of the world’s best wineries – Not a bad way to spend a few days!

CLICK HERE for a gallery of The National Motor Museum