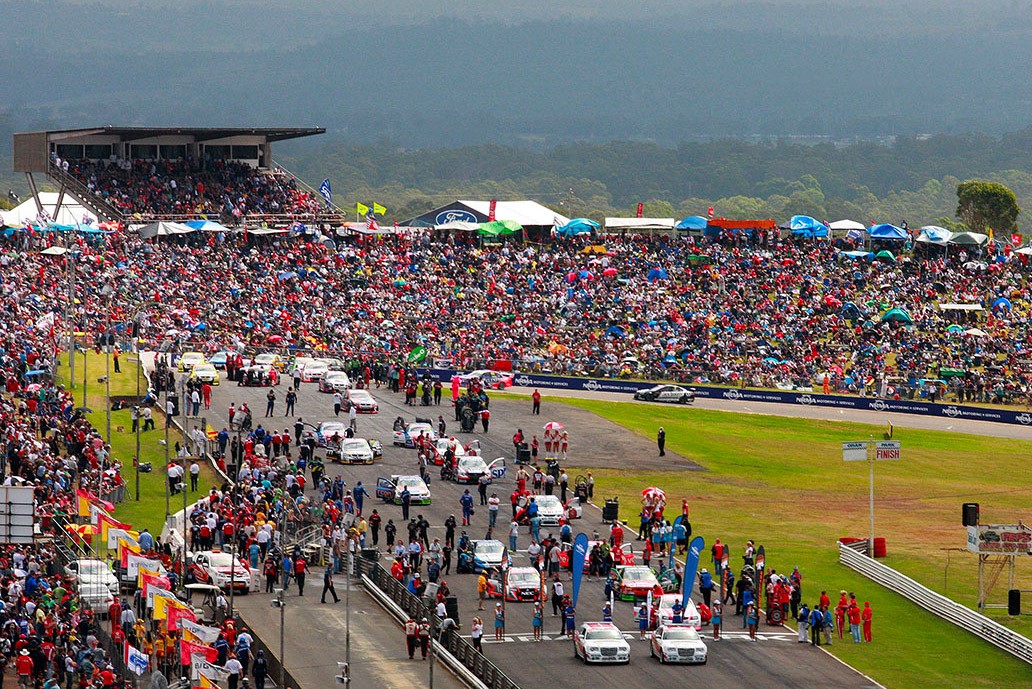 Now 37 years old, the seven-time champion claimed the 2008 title with Triple Eight Race Engineering (then Team Vodafone) in what was his fifth season as a full-time driver.

Whincup will be one of just six drivers from the current Supercars field that raced at the final Oran Park meeting in 2008.

Former full-timer Craig Lowndes also raced in the 2008 finale and will join the grid as a Red Bull Holden Racing Team wildcard as will Will Davison who is set to run with Oran Park Town support.

“Oran Park was one of the real driver’s circuits,” Whincup recalled.

“The harder you pushed around Oran Park, the more you got out of the car.

“It was quite unique because you come out of Turn 2 and go under the bridge and then lap up over the top of yourself. A really, really good circuit.”

Whincup’s title run in 2008 included 15 wins, seven of which were in a row across Mount Panorama, Surfers Paradise, and Bahrain.

He also claimed one race win in the season finale at Oran Park, beating Mark Winterbottom to the title by 260 points.

Whincup said he’s looking forward to a virtual return to the circuit, which was closed in 2010 and subsequently demolished for housing.

“Over the bridge is a fantastic part of the track,” said Whincup.

“The best part of the circuit is the flip flop just before the last corner. The car gets airborne, massive crowd on the outside.

“I really miss not going to Oran Park these days but it will be fantastic to relive those memories on the simulator.”

Round 10 of the BP Supercars All Stars Eseries gets underway at 18:00 AEST with a race at Oran Park and Mount Panorama.