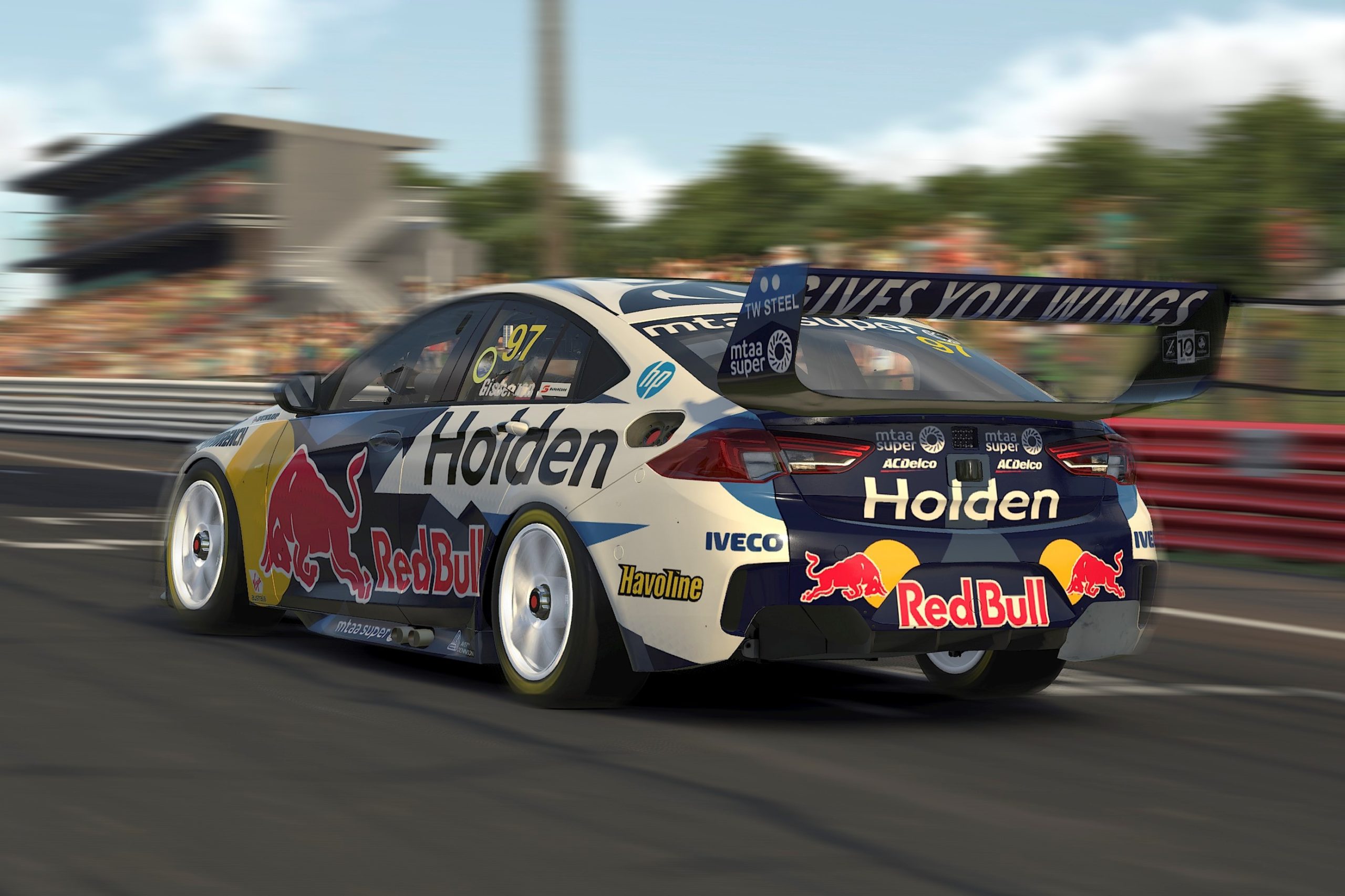 The Red Bull Holden Racing Team driver was in contention for the win late in the race, but contact between he and Anton De Pasquale resulted in a fifth place finish for the Kiwi.

Will Davison was an early victim in the Lap 1 melee, spinning on approach to Griffins Bend.

Scott McLaughlin was a distant sixth with Lee Holdsworth, Broc Feeney, Garry Jacobson, and Cameron Waters the last of the top 10 runners.

Holdsworth dropped down the order on Lap 2 and come Lap 3 he spun at Forest’s Elbow.

Kostecki came to the pit lane on Lap 3 for his first of two compulsory pit stops.

Van Gisbergen sought to make a move on De Pasquale come Lap 4 at The Chase, but couldn’t complete a pass.

Haber and De Pasquale pitted that lap too, Haber losing position to Kostecki as a result of the undercut.

Eseries contender McLaughlin made a mistake on approach to the pit lane for his first pit stop.

The Shell V-Power Racing Team driver spun and hit the tyre wall, losing time and eventually falling behind Jacobson and Feeney in the corrected order.

The drama continued, this time on Lap 6 when Haber got into the side of Kostecki at Griffins Bend and sent the Eggleston Motorsport driver into a slide.

Haber went to the effective lead of the race while Kostecki fell behind De Pasquale and no action was taken on the incident.

Lap 6 saw van Gisbergen pit from the lead, slotting in front of Kostecki on the re-join.

The second round of pit stops continued, but still, it was Haber who held a slender lead over De Pasquale.

Third was a distant van Gisbergen with Kostecki and Mostert the last of the top five.

De Pasquale nearly gave away his second place position on Lap 11 when he grazed the wall out of Forest’s Elbow and went onto the grass.

The final stanza of the race saw van Gisbergen narrow the gap to De Pasquale.

Their battle reached a climax on Lap 13 when van Gisbergen made contact with De Pasquale and sent the Penrite racing driver into a spin at Forest’s Elbow.

Kostecki skipped past them both to take second place and Mostert went to third.

As van Gisbergen sought to redress, he fell to fifth behind De Pasquale in fourth.

Ultimately, Haber claimed a comfortable win over Kostecki with Mostert a distant third.

Having sat sixth, McLaughlin got into the wall on the final lap and dropped a handful of places.

In the end, van Gisbergen ended the Eseries with 14 wins and 18 podium finishes across the season.