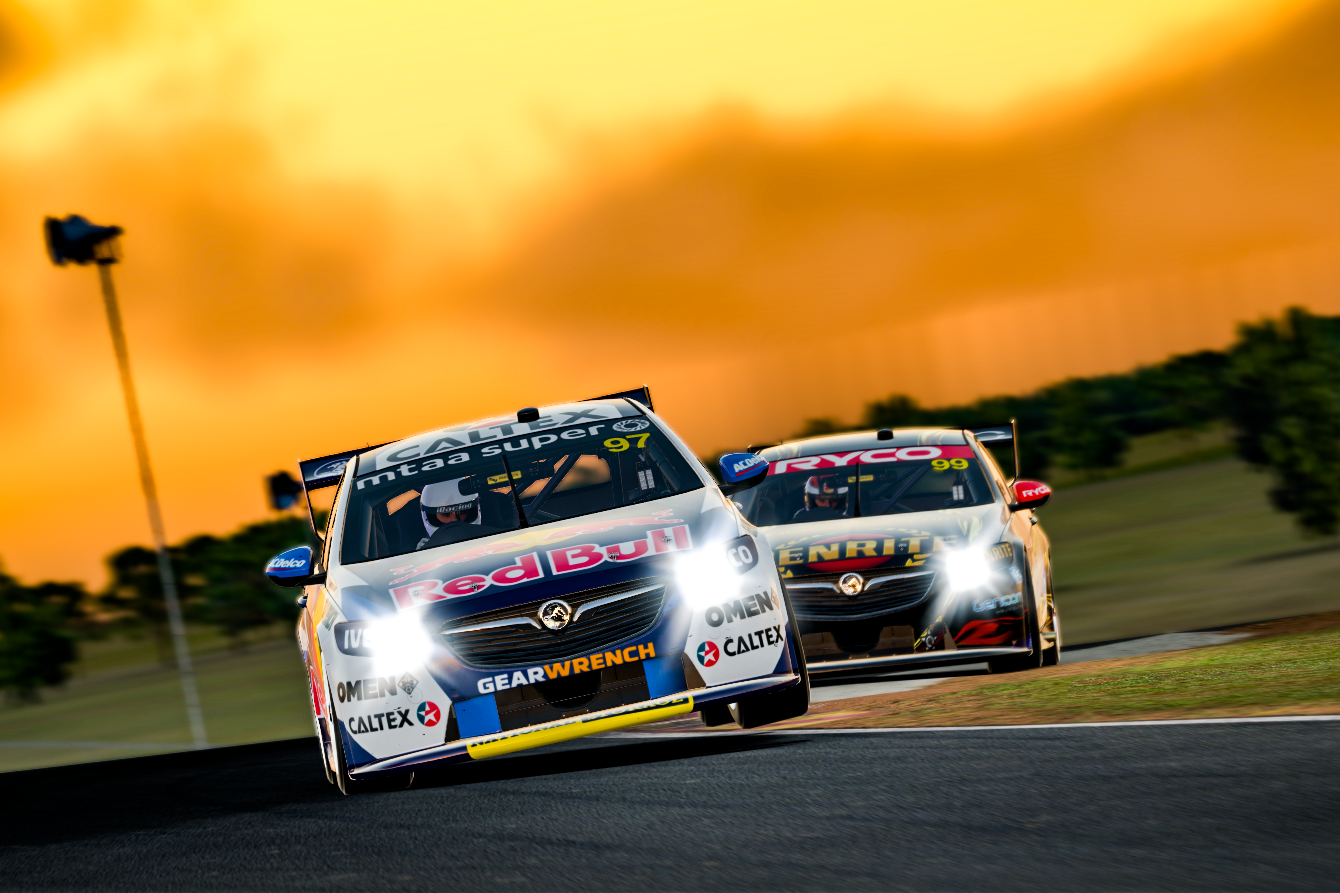 Shane van Gisbergen has gone one step closer to winning the BP Supercars All Stars Eseries with victory at Oran Park Raceway.

Van Gisbergen took the holeshot into Turn 1 and it wasn’t long before drama struck.

As Harley Haber tried to go around the outside of a slow starting Brodie Kostecki, the pair made contact and Haber spun.

He parked his Holden ZB Commodore in the middle of the road and was hit by fellow wildcard Zak Best and handful more.

At the front of the field, it was a clean start for van Gisbergen who led De Pasquale at the end of Lap 1.

Having pitted at the end of Lap 1, Best came out between van Gisbergen and De Pasquale, giving the Kiwi some breathing room to second place.

McLaughlin pitted on Lap 6 from fourth on the road and was followed in by Lee Holdsworth, the pair completing their fist compulsory pit stop.

Come Lap 9, De Pasquale pitted and Kostecki came in a lap after that.

After the first round of pit stops, it was van Gisbergen who led De Pasquale. Kostecki was third and only narrowly slotted in ahead of McLaughlin.

The second round of pit stops saw no changes at the front of the field, but van Gisbergen’s lead had narrowed.

The final stanza of the race saw De Pasquale bridge the gap to van Gisbergen and mount an assault.

Fortunately for van Gisbergen the threat of lapped traffic never eventuated as Macauley Jones and Rick Kelly sidestepped the leaders on the last lap.

Despite a late charge from De Pasquale, the Penrite Racing driver couldn’t usurp the Eseries leader and had to settle for second.

Other wildcard performances included Will Davison in 12th, Will Brown in 16th, Zak Best in 19th, Jonathan Webb in 22nd, and Craig Lowndes in 30th.

With the win, van Gisbergen’s lead is a little over 100 points heading into the final race at Mount Panorama.

The BP Supercars All Stars Eseries finale concludes at Mount Panorama with a 30-minute race at 20:10 AEST.