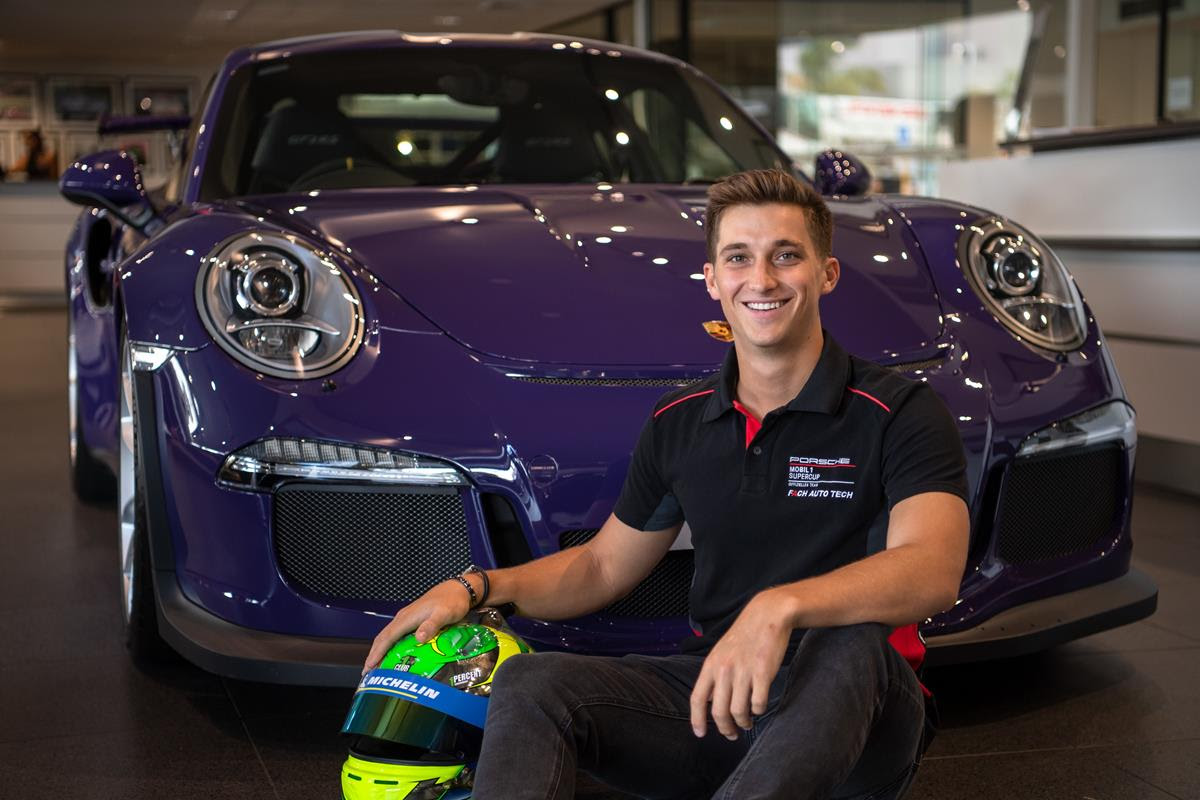 Jordan Love has been cleared to compete in a maiden Porsche Supercup season following surgery for a cracked hip which he sustained while surfing.

The West Australian has been at home during the height of the COVID-19 pandemic, where he cracked the hip bone in three places as a result of a fall.

Love has had a plate fixed to his hip and two 60mm screws inserted, during a four-night hospital stay, but will soon make the journey to Europe to race with Fach Auto Tech in Supercup.

“I knew straight away I had done something bad to my hip,” recounted the 2019 Porsche Payce Carrera Cup Australia series winner.

“I have never felt pain quite like that before.

“After I finally got dragged out of the water, I was taken to the hospital by ambulance.

“I knew it was broken straight away because my hip bone was sticking out, so it was never going to be good.

“Scans showed the extent of the injury and that my hip needed to be operated on.

“Luckily it was the top of my hip bone and not near the joint.”

The unusual injury is not the first for Love, who broke a hand in a crash in which he was the innocent party at Hidden Valley last year.

“After breaking my hand last year in that crash in Darwin, I was lucky I had someone to call who knew me and what needed to happen to get me back into the car as soon as possible,” he remarked.

Love was able to contest the following round at Townsville, then see out the season, and is set to not miss any racing on Supercup’s revised 2020 calendar.

“If there was a year to have a freak accident, this was the one,” he quipped.

“But now that the Supercup season calendar has been concreted in, I’m very excited to get back into it.

“This year was always about preparation for next year, with a new team, new tracks and completely new competition.

“I expect it to be a year with a lot of learning, but a challenge I’m extremely excited for.”

The eight rounds of the 2020 Porsche Supercup season will support each of the thus far confirmed Formula 1 grands prix, starting with Austria’s Red Bull Ring on July 3-5.