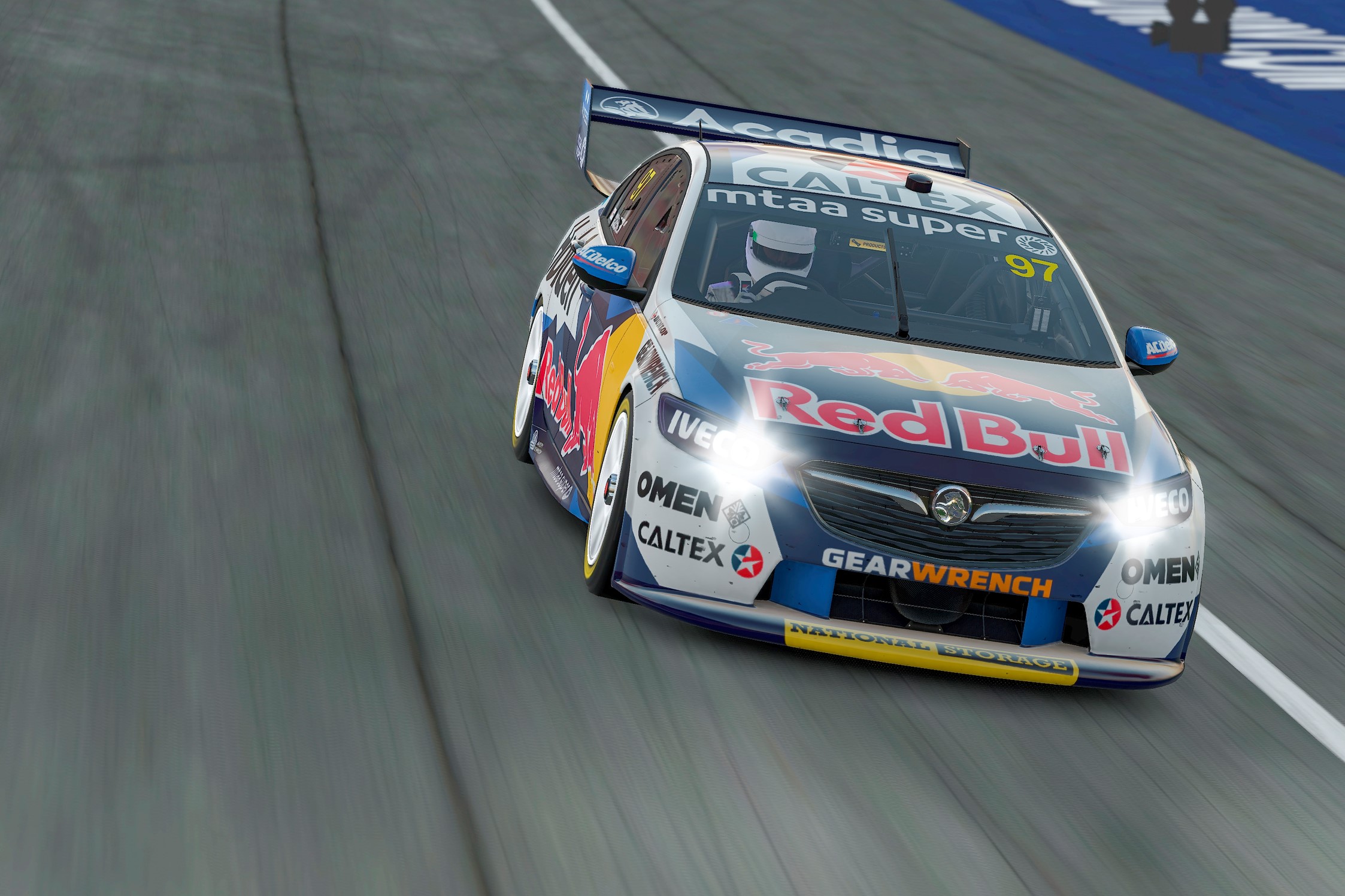 Brodie Kostecki and Shane van Gisbergen will start from pole position at Mount Panorama and Oran Park respectively in the BP Supercars All Stars Eseries finale.

The Supercars hopefuls will have front runners Anton De Pasquale and van Gisbergen breathing down their necks in third and fourth.

In the second qualifying session at Oran Park, van Gisbergen pipped Kostecki to top spot, De Pasquale once again setting the third fastest time this time ahead of young Haber.

A late charge by Brodie Kostecki was to no avail, unable to score back-to-back pole positions in the Eseries finale.

Garry Jacobson went to third and just 0.012 away from McLaughlin’s time. Harley Haber and Cameron Waters completed the top five.

McLaughlin was pipped by van Gisbergen on his third lap, the Eseries leader going just 0.056s shy of top spot. He fell further when Haber went third fastest, a tenth and a half off pole position.

With eight minutes completed, Brodie Kostecki set the second quickest time, a mere 0.032s off that of De Pasquale.

A 1:03.935 took van Gisbergen to the top of the timesheets as the session hit halfway.

Mostert cracked the top five with a little over six minutes to go.

There was little change late in the session, the only movement that of Kotecki who fell 0.028s short of van Gisbergen’s time.

Ultimately, the 1:03.935 was enough to secure pole position for van Gisbergen with Kostecki, De Pasquale, Haber, and Mostert the top five.

Feeney was just a few hundredths away from cracking the top 10 in 11th overall while Best was 16th.

Will Davison claimed 18th and Lowndes 30th in the 32-car field.

Brodie Kostecki claimed pole position for the closing race of the BP Supercars All Stars Eseries at Mount Panorama.

The Eggleston Motorsport driver set the quickest time, a 2:02.404 to top the timesheets ahead of fellow young gun Haber of Matt Stone Racing.

Haber then went quickest with a 2:02.549 to lead Kostecki, De Pasquale, McLaughlin, and Cameron Waters.

Chaz Mostert’s first flying lap took him to sixth place for Walkinshaw Andretti United, albeit, a second adrift of the lead.

Eseries leader van Gisbergen went to fourth on his first lap, 0.262s away from Haber with eight minutes completed.

Another wildcard, Broc Feeney, shot to sixth as the session neared halfway. However, he was demoted when Matt Stone Racing driver Garry Jacobson went fifth fastest.

Kostecki eclipsed the top time of Haber with a 2:02.404 to go a tenth and a half faster.

There was drama with eight minutes to go when van Gisbergen collided with seven-time Supercheap Auto Bathurst 1000 winner Craig Lowndes.

The final few minutes saw no change at the top of the order. Kostecki claimed pole position ahead of Haber, marking the first time wildcard entries locked out the front row.

De Pasquale was third and van Gisbergen fourth. Mostert made a late charge to fifth ahead of Jacobson, McLaughlin, Holdsworth, Feeney, and Nick Percat.

Zak Best was the fourth best wildcard in 14th ahead of Will Davison. Will Brown was 24th, Jonathan Webb 29th, and Craig Lowndes 32nd.

Race 30 of the BP Supercars All Stars Eseries gets underway at 19:10 AEST.