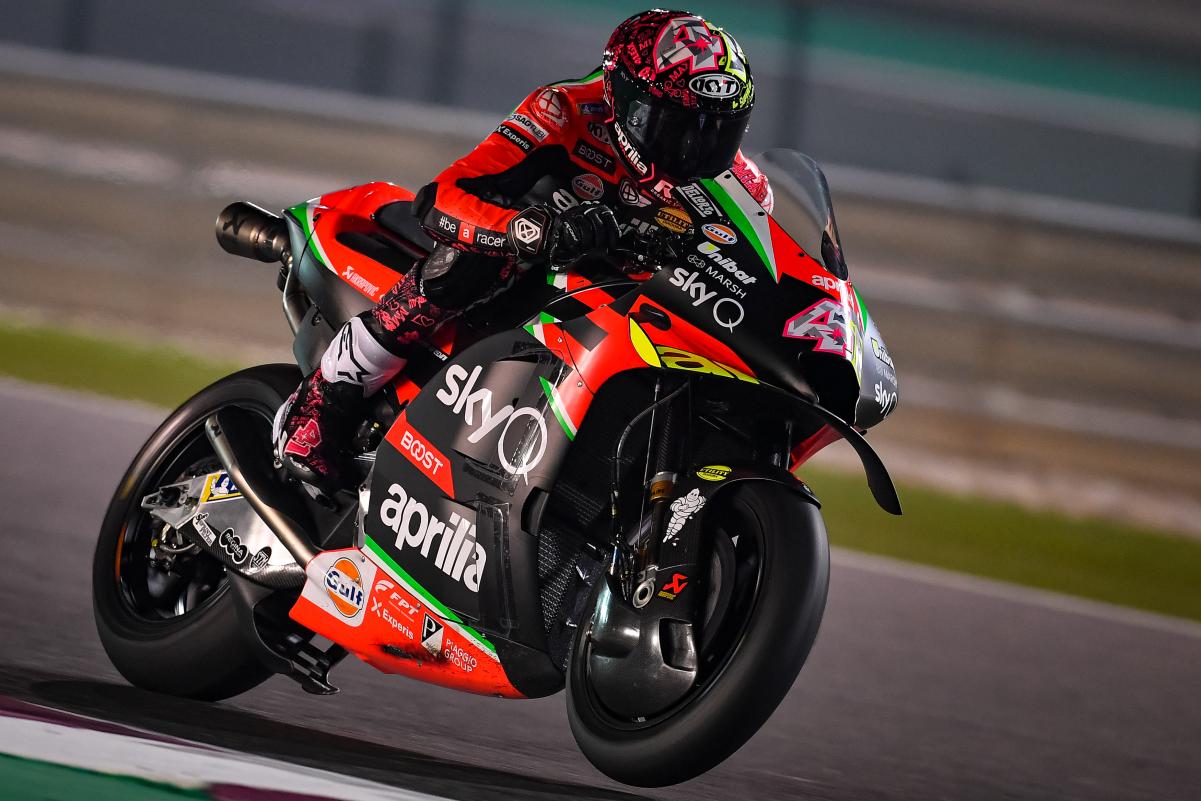 Aprilia has confirmed the re-signing of Aleix Espargaro for two more seasons.

The contract will take the Spaniard to six years with the Italian marque, whose MotoGP effort is run by Gresini Racing.

“I am happy about this confirmation,” said the 30-year-old.

“The human aspect is extremely important for me, and in four seasons, Aprilia has become my second family, so with this contract, which is certainly the most important of my career, they demonstrated that I am at the centre of this project.

“On a technical level, the growth in recent months convinced me, with the arrival of many reinforcements and the debut of the 2020 RS-GP, which did so well in the tests. I feel like we need to finish the job we started over the winter.

“I can’t wait to get back together with my entire team and race with the new bike, to take this project where it deserves to be.”

Aprilia Racing CEO Massimo Rivola added, “We wanted Aleix’s confirmation by all means and we are very happy that it arrived.

“At a rather tumultuous time for the rider market, providing continuity for our project with a rider the calibre of Aleix is essential.

“With him, who we have established as our captain, we have begun an entirely new project, involving new resources and taking a bike that seems to have come out very well onto the track.

“Now we hope that he will soon take an Aprilia to the top, where it has never been in MotoGP history.”

The identity of Espargaro’s team-mate remains uncertain through the upcoming 2020 season, let alone beyond.

Andrea Iannone, who would hold the other Aprilia race seat, is currently suspended for 18 months due to a doping violation but that sanction is under appeal.

Bradley Smith, who is testing for Aprilia’s MotoGP project at Misano from this evening (AEST), will stand in for the Italian in the meantime.

A new calendar for the 2020 season is expected to be released this week.