Stoner on Miller: Ducati has made the right choice

Stoner on Miller: Ducati has made the right choice 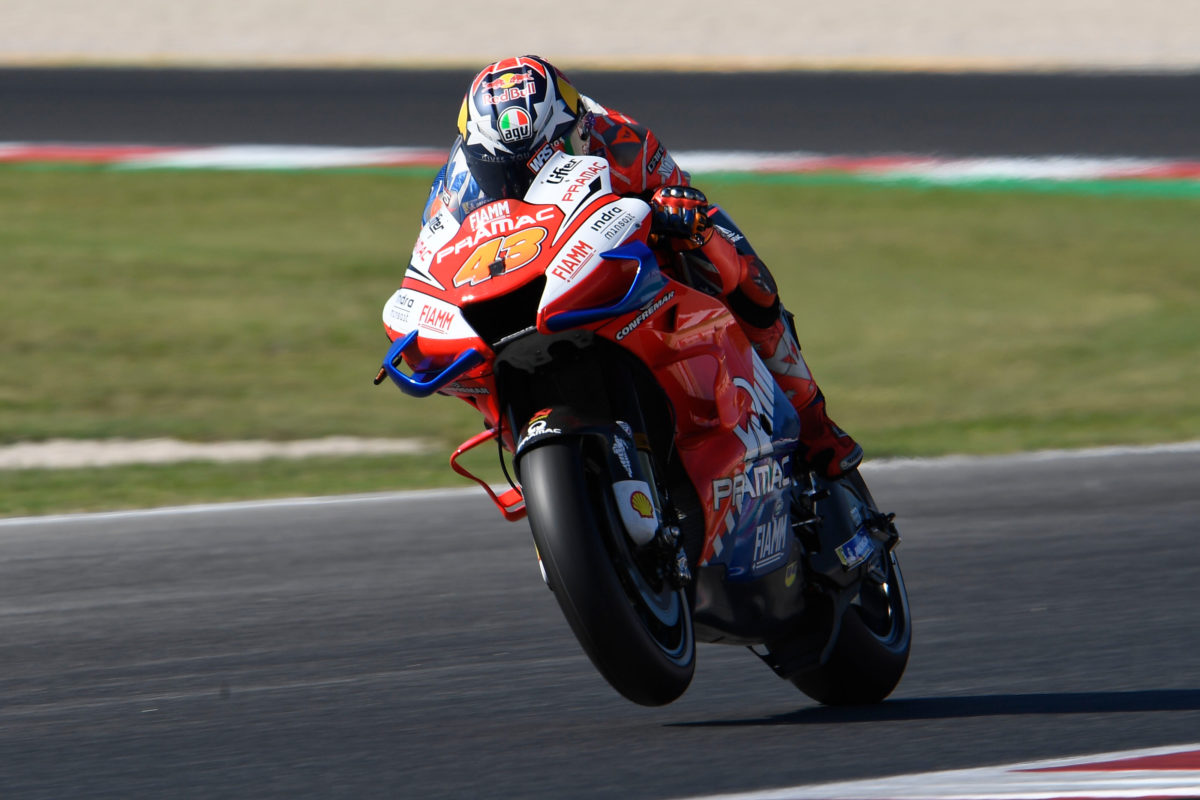 Ducati’s only MotoGP champion, Casey Stoner, believes that it has “made the right choice” in signing his compatriot, Jack Miller, to ride for its factory team.

Miller will move up from Pramac Racing to the Ducati Team next year after impressing Bologna’s decision-makers in the latter half of 2019 in particular.

The Australian is its first signing beyond the upcoming season, as factory team incumbent Andrea Dovizioso’s talks seemingly drag on, and Stoner has endorsed the call-up.

“I think he’s going to do a great job there,” the 2007 and 2011 champion said in an interview for the Australian Motorcycle Grand Prix’s official website.

“I think Ducati have made the right choice, but it’s just which Ducati rider is going to be there as his team-mate I suppose. It might be obvious for some but there might be a big shock coming, so we really don’t know.

“But I think it’s fantastic that Jack has got his opportunity. He fully deserves it.

“He’s been working hard, his results have been showing (it), and hopefully he can sort of get what he wants out of the factory bike.”

Miller, already contracted to Ducati but placed at Pramac, has ridden a current-spec Desmosedici motorcycle since last year and will take his crew chief (engineer) and data engineer with him in 2021.

He cited having priority regarding engineering support at grands prix as a practical benefit of the promotion, a view which Stoner broadly shares.

“I think one thing he does have to understand is that that factory bike isn’t going to be a massive step above what he’s already riding,” explained the 34-year-old.

“That’s one thing with Ducati; (regarding) their satellite bikes and their factory bikes, there’s not a whole lot of difference.

“What will be different is the support he is going to get. They’re going to be there listening to every word he says, and the development will move in the direction maybe he wants, which is really, really good to see.”

Dovizioso appears increasingly likely to remain at the Ducati Team now that Danilo Petrucci has confirmed that he is on his way out.

However, the reported talks between current KTM rider Pol Espargaro and Honda have the potential to shake up the rider market again, with Dovizioso’s manager having already used the Austrian manufacturer as a bargaining chip.

The 2020 MotoGP season is pencilled in to begin at Jerez on the weekend of Sunday, July 19.